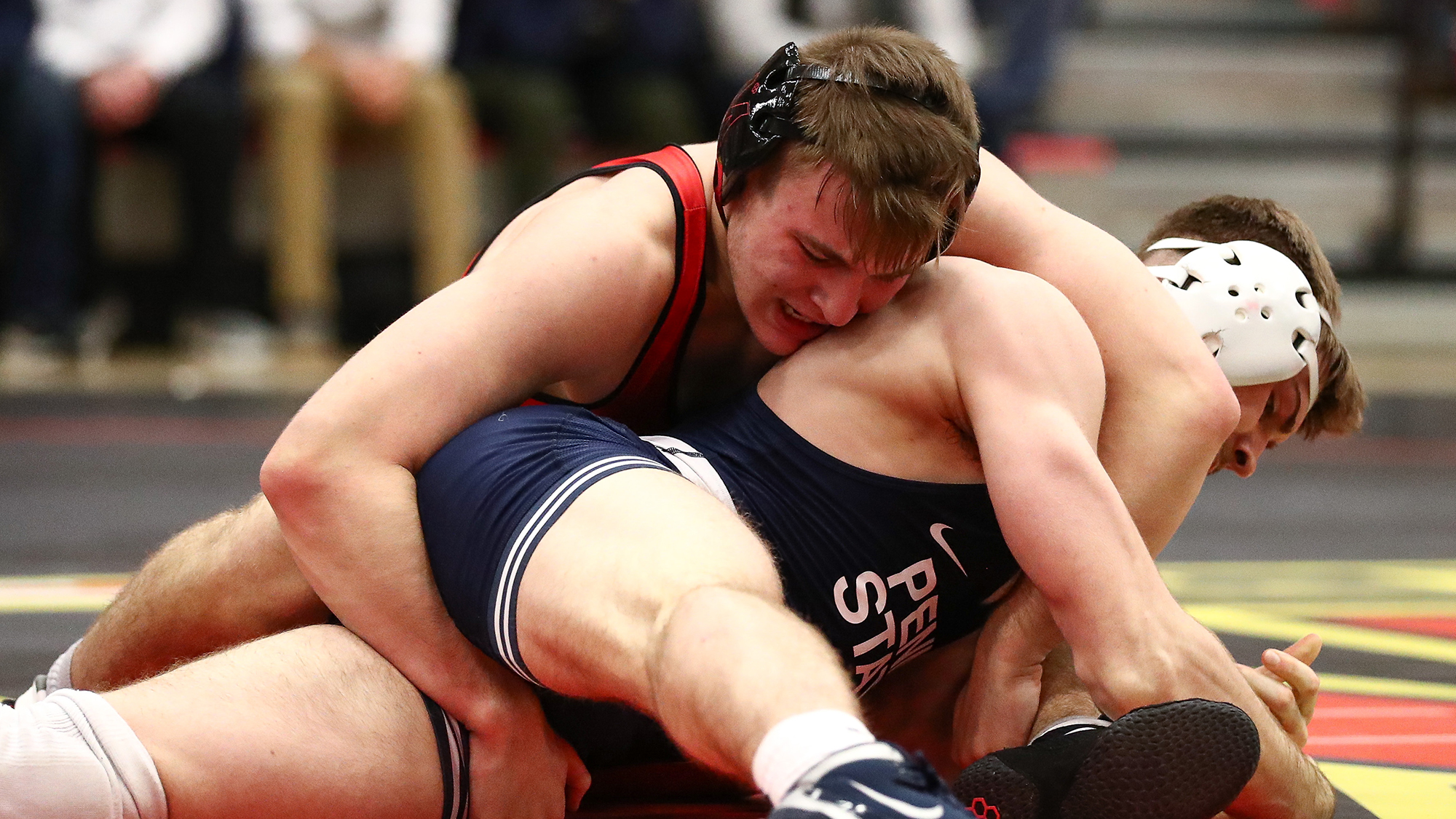 Gaven Bell had just finished lifting when he sat down with Maryland wrestling coaching staff on Dec. 6, 2021.

They gave him news he wasn’t expecting to hear — John Martin Best had torn his ACL against Duke, and Bell would start against Navy at 165 pounds during what was originally supposed to be his redshirt year.

“At first I didn’t know if I should feel excited or upset because a good friend of mine just tore his ACL. That’s not something you want to hear,” Bell said. “But at the same time, you’re starting now, so it was kind of like a mixed emotion type of feeling.”

However, against South Dakota State, Bell’s fortunes changed for the better. He faced off against Tanner Cook and was in a tight bout before a key reversal and takedown helped him come away with a 12-8 decision win for his first career collegiate dual victory.

“I was actually ecstatic,” Bell said. “It really felt like a relief, and it felt really good because now I just got to realize that all the hard work that I’ve been doing is paying off . . . This one win will turn into many.”

[King Sandoval the only bright spot in Maryland wrestling’s 39-4 loss to No. 6 Ohio State]

Bell, a high school three-time county champion, is part of a talented 2021 class for the Terps, ranked eighth in the country, according to InterMat. The class features the likes of Jaxon Smith, Braxton Brown and Ethen Miller, who will hope to help thrust coach Alex Clemsen’s program into the elite ranks of the Big Ten in the coming years.

Bell said he was looking at schools such as Iowa and Penn State during his recruitment. But he chose Maryland because he believed in what the coaching staff was doing to help him win a national title.

And being the first member of that class to commit to Maryland, there were many things that stood out about Bell to Clemsen and his coaching staff.

“We saw a kid that had a lot of upside,” Clemsen said. “He loves wrestling. He’s a gym rat who likes to work on his craft. He’s a really positive kid, he comes from a good family.”

Bell felt like a Terp even before he signed to Maryland.

His dad played lacrosse at Maryland for a year, so Bell has a family legacy in black and gold. Still, as a wrestler, he said he wants to be a name that’s remembered at Maryland for years to come.

“It’s obviously cool to have that family aspect in there,” Bell said. “But being that guy that a bunch of people talk about just your name is always amazing … leaving my own legacy and creating something for myself is really cool.”

Bell had already made a name for himself on the mat, leaving Cold Spring Harbor High School with a career record of 173-50.

But he said the transition to college wrestling forced him to take on a different attitude — Bell knew he was no longer the best wrestler in the room.

“Being that top guy in high school, you go about things in a different way,” Bell said. “There’s no slouches in college wrestling … when you get in there and get roughed around a little bit, it humbles you.”

The rest of the season won’t get any easier for Bell. He may face two ranked wrestlers this weekend — Wisconsin’s Dean Hamiti and Michigan’s Cameron Amine, who both fall in the top 10 in the latest InterMat rankings.

Bell said he’s using matchups like these to help pick up some skills that can help his development into a better wrestler.

The talented true freshman isn’t satisfied with just one win. He’s looking to finish the season on a high note.

“Obviously, getting that one win felt great in the moment. You feel more confident and all that but, I can always do better,” Bell said. “Getting better wins and getting my points and to get my scores higher is definitely going to be what I’m looking at the rest of the season.”