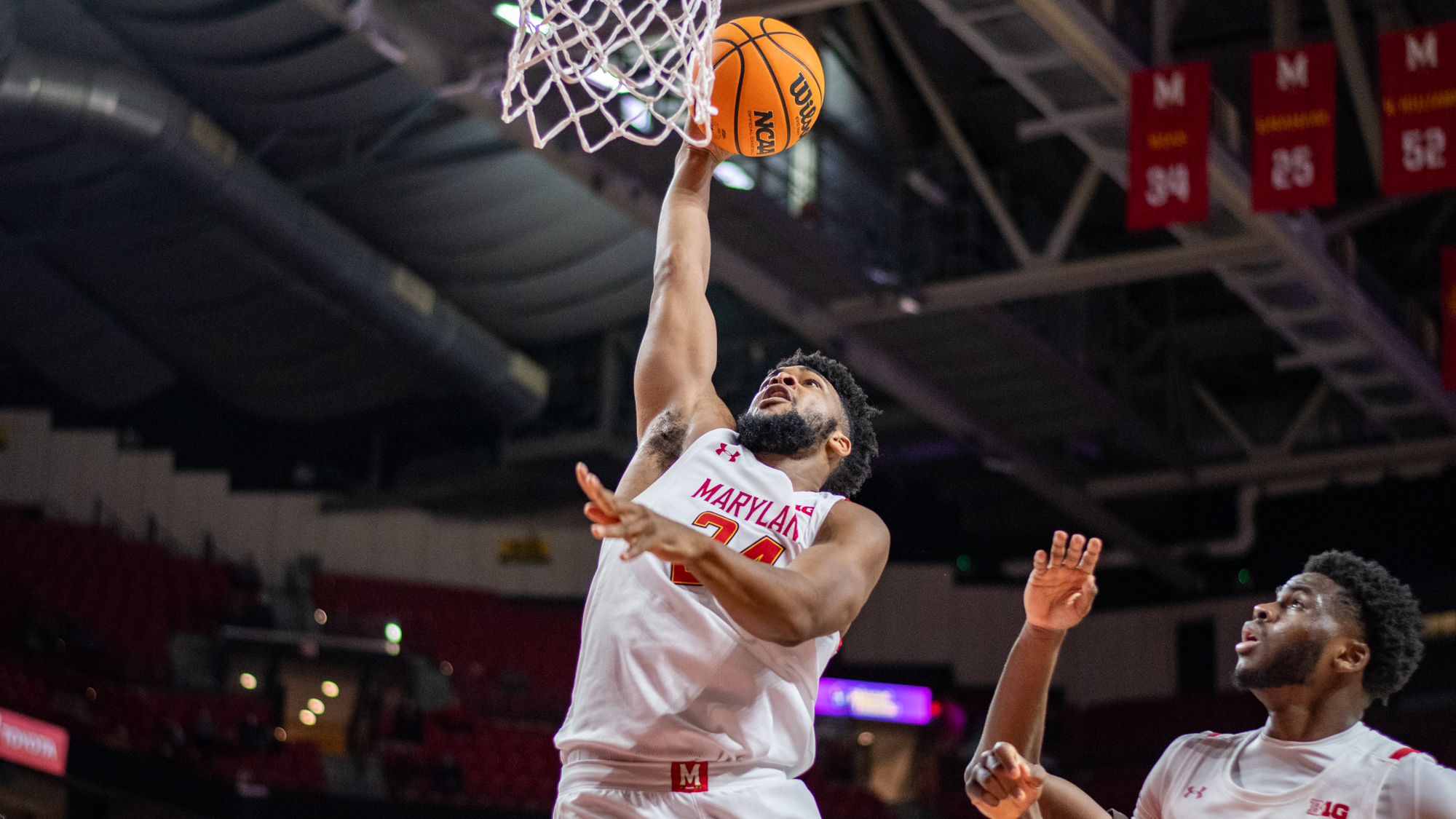 Maryland men’s basketball has never questioned its starting five. The same group has taken the floor time and time again this season.

And the Terps laud their ability to have any player put together some game-winning solo play. Against Brown, Maryland got one of those performances from each of its starters.

Accounting for all but two points on the night, the Terps’ primary five contributors pushed them toward a third consecutive win, downing the Bears, 81-67.

“The guys out on the court had it going,” interim head coach Danny Manning said. “We’re off tomorrow, so they can be tired to tomorrow. We knew that we needed to do whatever we had to, to get the game.”

Guard Fatts Russell was a game-time decision after injuring his right knee against Lehigh two nights before, but after going through warmups looking ready to go, he took the court for Manning’s squad.

His impact was minimal until the final two minutes of the first half. On three consecutive possessions, Russell drove to the hoop and laid in a basket on each of them.

The final one didn’t count, with a foul on Tamenang Choh being called just before the ball left Russell’s hand. He was able to sink both of the ensuing free throws to help his team close their first-half deficit to four points.

“Right now it’s kind of hurting,” Russell said of his knee. “Yesterday it was hurting really bad, but I felt good waking up this morning. I felt like I could give it a go, so I did.”

Before Russell got himself involved, it had been up to his fellow starters to produce all of the offense.

Donta Scott led the way with eight points in the first half. Six came from his work in the paint and he made two free throws.

That became a common theme throughout the opening half — Maryland players performed well in the paint and at the free-throw line. But the Terps struggled from the perimeter.

The Terps finished the first half 0-7 from deep. Maryland (8-4) has by no means been a three-point shooting juggernaut this season, but it would’ve benefited from sinking a few of its open looks throughout the half.

Eric Ayala and Qudus Wahab each delivered seven first-half points from paint work and trips to the foul line. Wahab had his way down low early on offensively, but a few early fouls severely impacted his minutes on the court.

Hakim Hart made the most of the two teams’ 27 first-half fouls by sinking four free throws. But he wasn’t the only one cashing in at the line.

Choh made five trips to the line himself in the opening half, scoring on seven of eight attempts and racking up the fouls for Terp players.

“We know moving forward we cannot continue to have halves like that, especially when a team shoots 50 percent,” Manning said.

Coming out of halftime, Scott gave Maryland a sigh of relief, making a three. The Terps followed that basket with four straight scores, building a seven-point lead, the largest lead to that point.

Russell scored another patented layup before getting a short-range jumper and eventually a perfectly nestled three.

On Maryland’s next possession, Russell was able to find Hart for an alley-oop. The modest home crowd began stirring more than they had all evening.

But as Hart’s three sank through the net, they woke up even more with the junior putting the Terps up 11 points.

Perhaps Hart’s most important contribution outside his 17 points was his effort on defense. He added two more steals to his already impressive 22 on the season and halted Choh in the second half to only seven points.

Ayala went on his own scoring streak with seven consecutive points for Maryland, keeping space between the Bears.

Back-to-back layups from Scott and Ian Martinez with under six minutes to play seemed to spell the end for Brown. Martinez’s bucket was the first points scored by the Terps’ bench, but it didn’t seem to matter with Maryland’s starting five all putting in strong shifts on the court.

Ayala, Scott, Russell and Hart finished with more than 15 points apiece. Ayala led the way with 22, but all five of the Terps go-to’s made their presence felt in the victory.

“We’ve got a lot of player that play with power that can finish at the rim with ease so that just makes it easier,” Hart said. “One more kick, one more kick, open shot.”