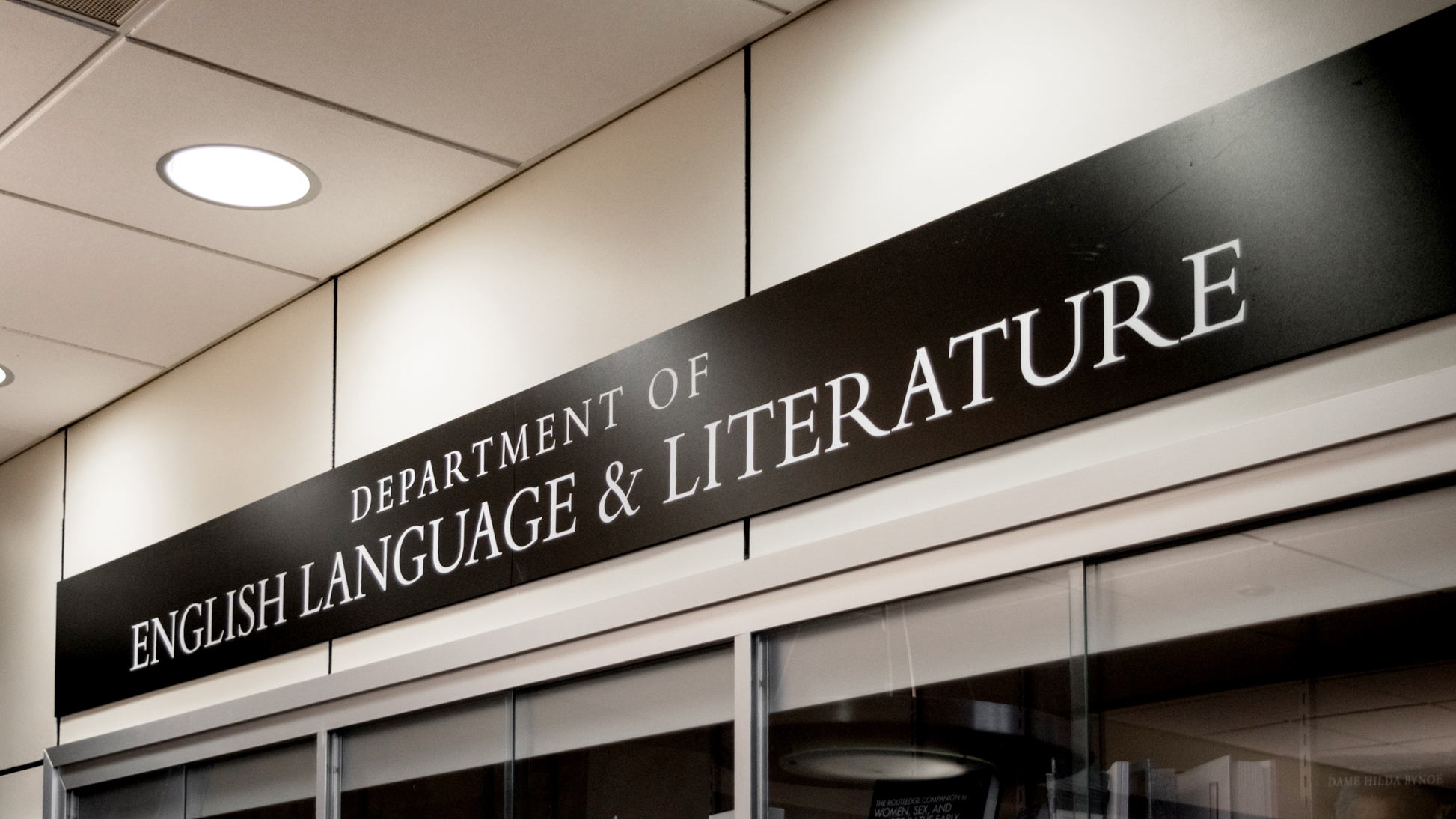 By Grace Walker
For The Diamondback

The University of Maryland’s English department launched a new anti-racism lecture series this semester, building off of an initiative from last fall to support and put concrete actions behind the statements of solidarity for the Black Lives Matter movement.

Tita Chico, a professor and the faculty director of the Center for Literary and Comparative Studies, spearheaded the initiative, developing and cultivating practices that created this program.

The series “features scholarship, teaching, and public engagement to reimagine boundaries, model antiracist literary and rhetorical inquiry, and foster collaborative relations across and beyond campus,” according to its webpage.

Last year’s series was entitled “Antiracism: Research • Teaching • Public Engagement.” This year, it has morphed into “Antiracism: Communities + Collaborations.” This year’s content, according to Chico, is really focusing on building off of last year’s work.

[UMD arts and humanities college dean to step down in June]

This year’s series is very similar to last year’s in terms of its commitment to anti-racism education, but with a slight modification: The community aspect of this series hinges on this university’s return to campus, and focuses on fostering collaboration.

On Nov. 17, the department hosted a virtual event called “Haunted: The Black Body as Ancestor and Spectre.” This event featured two panelists, Bridget R. Cooks, an associate professor in the departments of art history and African American studies at the University of California Irvine, and Robert Cozzolino, the Patrick and Aimee Butler Curator of Paintings at the Minneapolis Institute of Art.

“We have a lot of contemporary work, as well as modern artwork. We try to engage with diversity when it comes to the artists that are shown at The Phillips,” said Sika Bonsu, a museum assistant at The Phillips Collection who moderated the event. “It’s just a museum that is on its way to really including more voices in its collection.”

This event focused on haunting as a metaphor, but also as a real, practical and lived experience, and discussed how people go about their everyday lives, knowing what they know about the dark history in our past.

According to Bonsu, the most important part of anti-racism education is empathy.

“Being able to empathize with other people that aren’t you is a big thing, especially if you’re coming from a privileged background,” Bonsu said. “Taking a step back and realizing that maybe the history that you’ve been taught is not the reality of other people.”

During the roundtable event “Rupturing Antiblackness in English Education” on Oct. 22, panelist Dr. Jennifer Turner, associate professor of reading education in this university’s department of teaching and learning, policy and leadership, spoke about anti-Blackness and its manifestations in literacy classrooms.

Turner said she was “filled up” after hearing “all the wisdom and brilliance” of the other speakers during the roundtable discussion. She shared her appreciation for being able to have a space for people to talk about racial traumas they’ve individually experienced, while also focusing on ways they can improve the experiences of BIPOC students.

“By centering the lived experiences of BIPOC students and communities, antiracist educators also create educational spaces where BIPOC students are free to show their intellectual abilities, ask questions and really be who they are,” Turner said in an email on Dec. 7. “We urgently need anti-racist educators in schools because they nurture the dreams and the future of our BIPOC students, and by doing so, help us to reimagine a more equitable and just society.”

Rossina Zamora Liu, an assistant clinical professor in this university’s minority and urban education specialization in the department of teaching and learning, policy and leadership, moderated the roundtable. Her scholarship includes focuses on anti-racist, racial and social justice education and cross-racial coalition and solidarity among BIPOC communities.

Liu said her favorite part about the lecture series was simply that it was happening, she said.

“It’s not just enough to present the issue that racism exists. In order to dismantle it, there has to be consistency. There has to be a sustaining effort,” Liu said. “The only way that efforts can really firmly sustain itself at an institution is if the institution itself supports it. And I think here at UMD, we do have some leaders who are doing this hard work, and I’m very proud to be part of that community.”

These lectures are open to anyone and everyone, not just the university community, and are set to continue into the spring term. Chico hopes these events can help students gain “inspiration, curiosity and passion” and learn new ways of thinking.