UMD arts and humanities college dean to step down in June 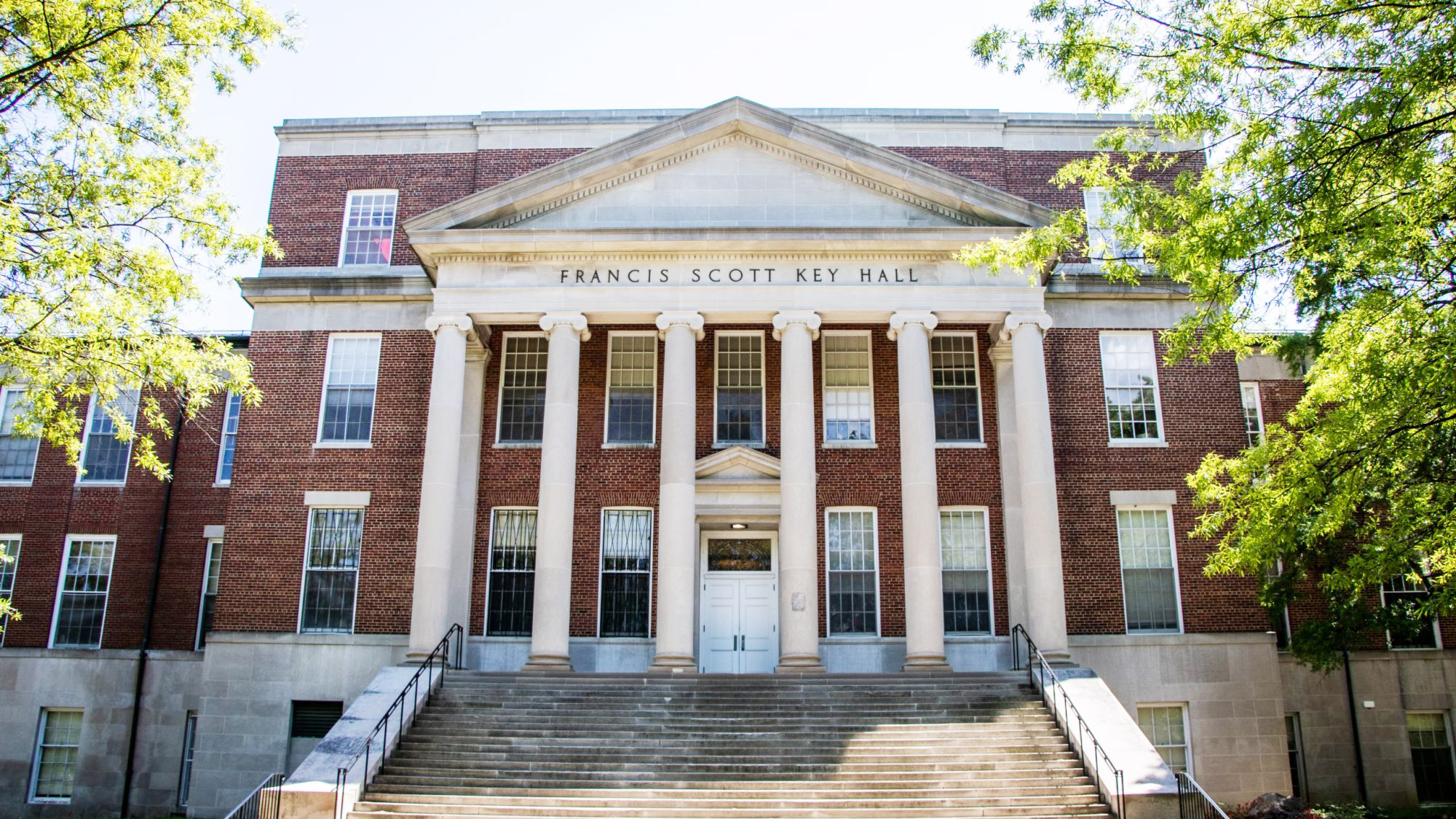 The office of Bonnie Thornton Dill, the dean of the university's College of Arts and Humanities, is located in the Francis Scott Key Hall. (Julia Nikhinson/The Diamondback)

The arts and humanities college at the University of Maryland is searching for its next dean. The college’s current dean, Bonnie Thornton Dill, will be stepping down in June after nearly 11 years in the position, according to a departmentwide email.

The college alerted its students of Dill’s departure last week and invited them to provide their input on what they would like to see in their new dean. The college hosted a discussion last Thursday to get input from the student body as the university begins searching for candidates for the role.

At this point, Dill has not announced if she is leaving the university, only that she is not retiring, just leaving her position as dean, said university spokesperson Hafsa Siddiqi.

The arts and humanities college has not made an official announcement about Dill’s departure.

Deans at this university are appointed for five-year terms. There is a review during the fourth year of their term. In January 2021, the provost extended Dill’s term for one additional year, until June 30, 2022.

It is uncommon for deans to serve more than 10 years, Siddiqi added.

“Over the past decade, Dean Dill has provided exceptional leadership to the College of Arts and Humanities,” Provost Jennifer Rice said. “As a fellow dean for many years, I was inspired by Dean Dill’s commitment to bringing the arts to all, and ensuring that the humanities are integrated into all areas of study across the university.”

Gregory Ball, dean of the behavioral and social sciences college, will chair the 20-person committee searching for Dill’s replacement.

CORRECTION: Due to a reporting error, a previous version of this story misstated the month in which Dean Bonnie Thornton Dill is set to step down from her position in the art and humanities college. She is stepping down in June, not in May. This story and its headline have been updated.