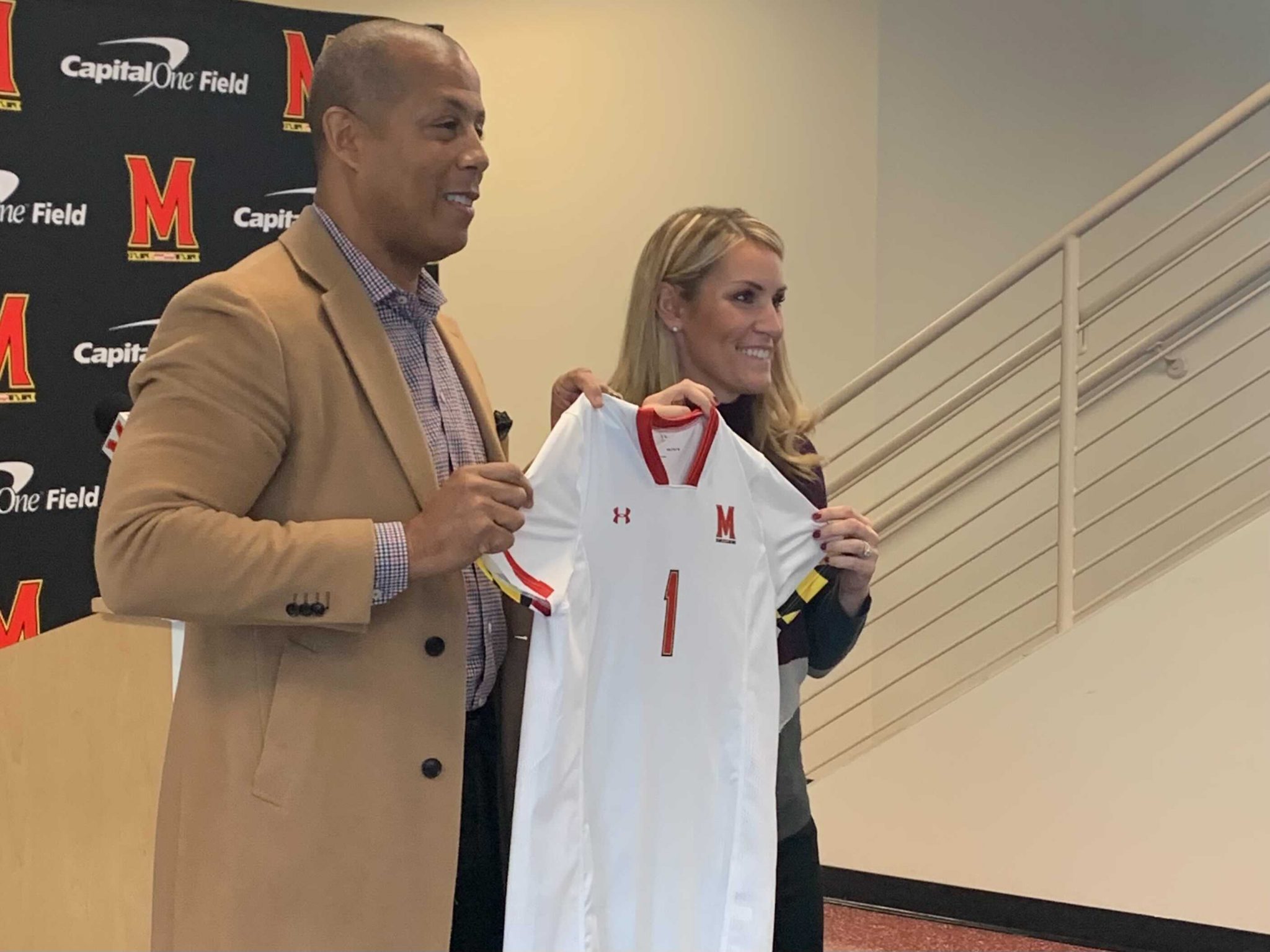 Despite Maryland women’s soccer’s recent struggles, new coach Meghan Ryan Nemzer spoke about her aim to turn the program around at her introductory press conference, Tuesday.

“My vision of this program simply is to win,” Nemzer said.

After spending 14 years on staff at Rutgers — the last eight as associate head coach — the Maryland native has returned home to take her first collegiate head coaching job.

Nemzer has been influential in the Scarlet Knights’ recent success, including an undefeated run to a Big Ten Championship and a trip to the College Cup this past season where they were knocked out by the eventual national champions — Florida State.

The Terps’ new coach hadn’t been angling to leave Rutgers despite being highly-touted as a head coaching candidate for some time, but couldn’t turn down an offer from Maryland.

Nemzer is under no illusions that immediate success may be hard to come by, especially after a poor past couple of seasons and a large amount of turnover in the squad. However, she has been impressed with her players’ mentality in her limited interactions with the team.

“Give us time,” Nemzer said

Nemzer hammered home the importance of recruiting, stating that she wanted to keep Maryland’s best players in Maryland.

She also said she hopes to get the recruiting pipeline from the surrounding areas in Virginia, Washington D.C., New Jersey and Pennsylvania up and running again. With prospective talent untapped, Nemzer views the Terps as “a sleeping giant.”

Maryland currently has commitments from multiple in-state recruits in its incoming class, including All-American Kelsey Smith from McDonough. Nemzer praised the talent in the area and hopes to use it to the Terps’ advantage in the future.

Nemzer cited Shannon Higgins-Cirovski as someone she looked up to, and Maryland would likely be ecstatic if Nemzer could replicate her success after the Terps’ struggles in recent years. Higgins-Cirovski led the Terps to an NCAA tournament berth five times, more than any other Maryland women’s soccer head coach.

“Where I fell in love with the game was watching Shannon leading the program back where the stands were full, where we were having a winning record, and just really having that pride in the program,” Nemzer said.

While it may take time to rebuild the program to have similar success, Nemzer will attempt to inject a new vision, pride and hope into a team that’s been rooted to the bottom of the Big Ten standings for the past two seasons.