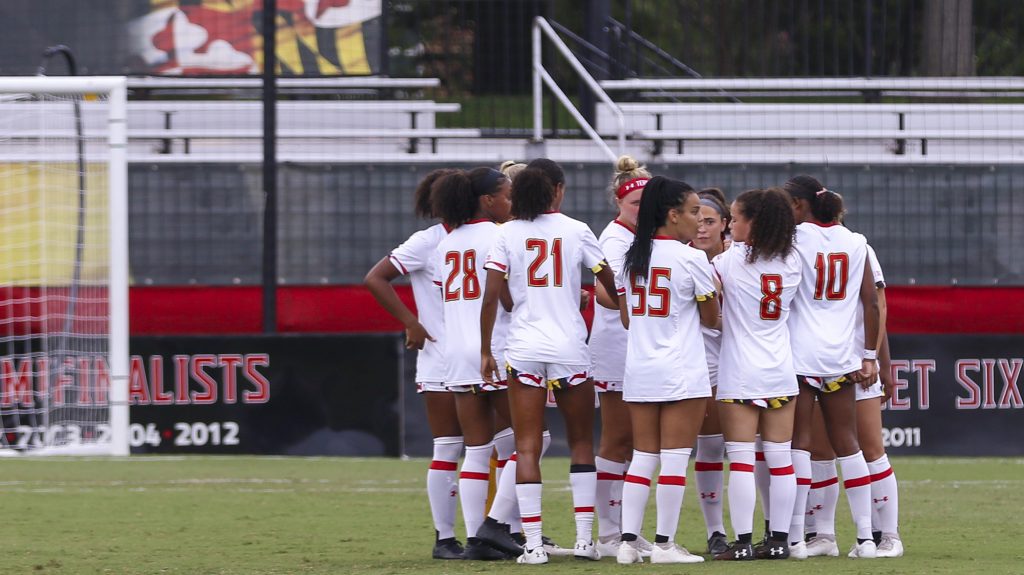 The coaching search to find Ray Leone’s successor has come to an end with the announcement Maryland women’s soccer will tap Meghan Ryan Nemzer as its new head coach.

The Maryland native joins the Terps after 14 seasons on the coaching staff at Rutgers, including eight years as associate head coach.

“I am absolutely thrilled to be returning home to serve as the head coach of the Maryland women’s soccer program,” Nemzer said in a release from the athletic department. “What got me excited early on through this process was the vision and values we all share for this program.”

Nemzer was part of the 2021 North Region Staff of the Year, which helped to earn the Scarlet Knights a No. 1 seed in the NCAA tournament this past season. Rutgers was knocked out in the semifinal by eventual champions Florida State.

Nemzer has had success at the collegiate and club coaching levels, becoming the first female head coach to win an ECNL National Championship with Players Development Academy in 2015.

“Meghan had all of the attributes we were seeking: someone who has won at the highest levels in the sport; someone who understands what it takes to build a program; someone who has outstanding recruiting connections and contacts; someone who knows the Big Ten Conference and someone who has tremendous pride for the state of Maryland,” Athletic Director Damon Evans said in the release.

Throughout her collegiate career as a player at Rutgers, Nemzer served as co-captain for three consecutive seasons — starting with her sophomore year — and earned numerous awards before graduating in 2008.

Under her guidance on the Scarlet Knights’ staff, eight Rutgers players have gone on to play professionally over the last six seasons, with six of those players being drafted into the National Women’s Soccer League. This will be her first head coaching job at the collegiate level.

She was named as one of the top five Associate/Assistant Coaches in the NCAA by Top Drawer Soccer in 2018.

Nemzer will hope to turn around a Maryland team that has failed to win in its last 24 games against conference opponents, the second longest conference winless streak in Big Ten history.

“Our goal will be to lead a championship vision culture and focus on the process to achieve this goal,” Nemzer said. “The University of Maryland is a world-class institution and I am so lucky to be back home and can’t wait to get started.”