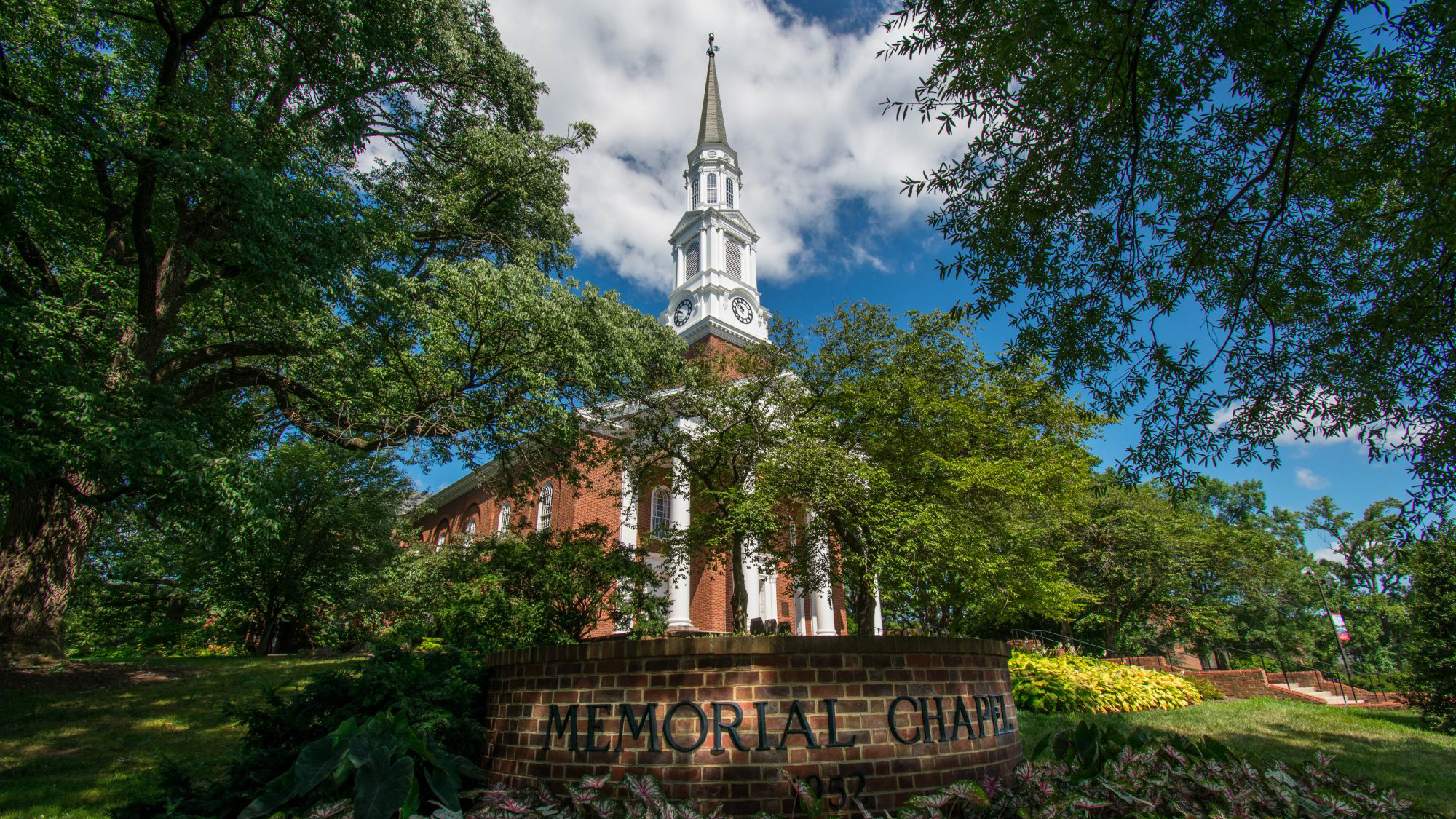 By Dillon Frank
For The Diamondback

The annual Festival of Nine Lessons and Carols returned for its 20th year after last year’s virtual performance.

On Dec. 10, the University of Maryland’s treble choir, men’s choir, University Chorale, Femmes de Chanson, MännerMusik and a Terrapin Brass graduate fellowship quintet and organ all performed at the Memorial Chapel to celebrate the holiday season.

“There’s really no substitute for the sensation of being in the room with live music-making and singing with other people,” said Mark Helms, a choral conducting doctoral student and conductor of the University Chorale. “That was really meaningful.”

Having several choirs contribute to this year’s festival is very special, Helms said. Last year, the Festival of Nine Lessons and Carols was held entirely on Zoom, preventing the performers from singing together or getting the audience involved.

“I’m just proud of the fact that after coming out of a year of being mostly remote and not really doing any in-person singing, that our choirs were able to come together and do some really amazing work this semester,” Helms said.

Alexa Schmid, a sophomore government and politics major and performer in the treble choir, said last year’s performers had to record themselves individually before the conductor would put it all together in a live video. Schmid emphasized that singing with everyone in person was better than online performances.

Mihika Kulkarni, an intern for the choral activities office and an usher for this year’s event, believes that by having this event in person, the festival brings a sense of community not just to this university’s community, but also to the greater community.

“It’s just a wonderful experience with all the choirs coming together to perform,” the junior international business and voice performance major said.

One of Schmid’s friends, senior information science major Agya Rai, came to the festival for the first time to support Schmid in the concert and enjoyed singing along to the Christmas carols.

“It was cool to see everyone together,” Rai said.

For sophomore anthropology Faith Antonetti, being able to perform in person meant a lot because concerts weren’t possible during the end of her senior year of high school due to the COVID-19 pandemic.

Nathan Lofton, a choral conducting doctoral student and conductor of the men’s chorus, recognized that by being able to hold this festival, choral music has made a great deal of progress since the pandemic began.

“This has been a difficult two years for choral music, generally. The University of Maryland is no exception to that,” he said. “The simple fact we were able to have this concert at all and have communal singing like this is a mark of how far we’ve come.”