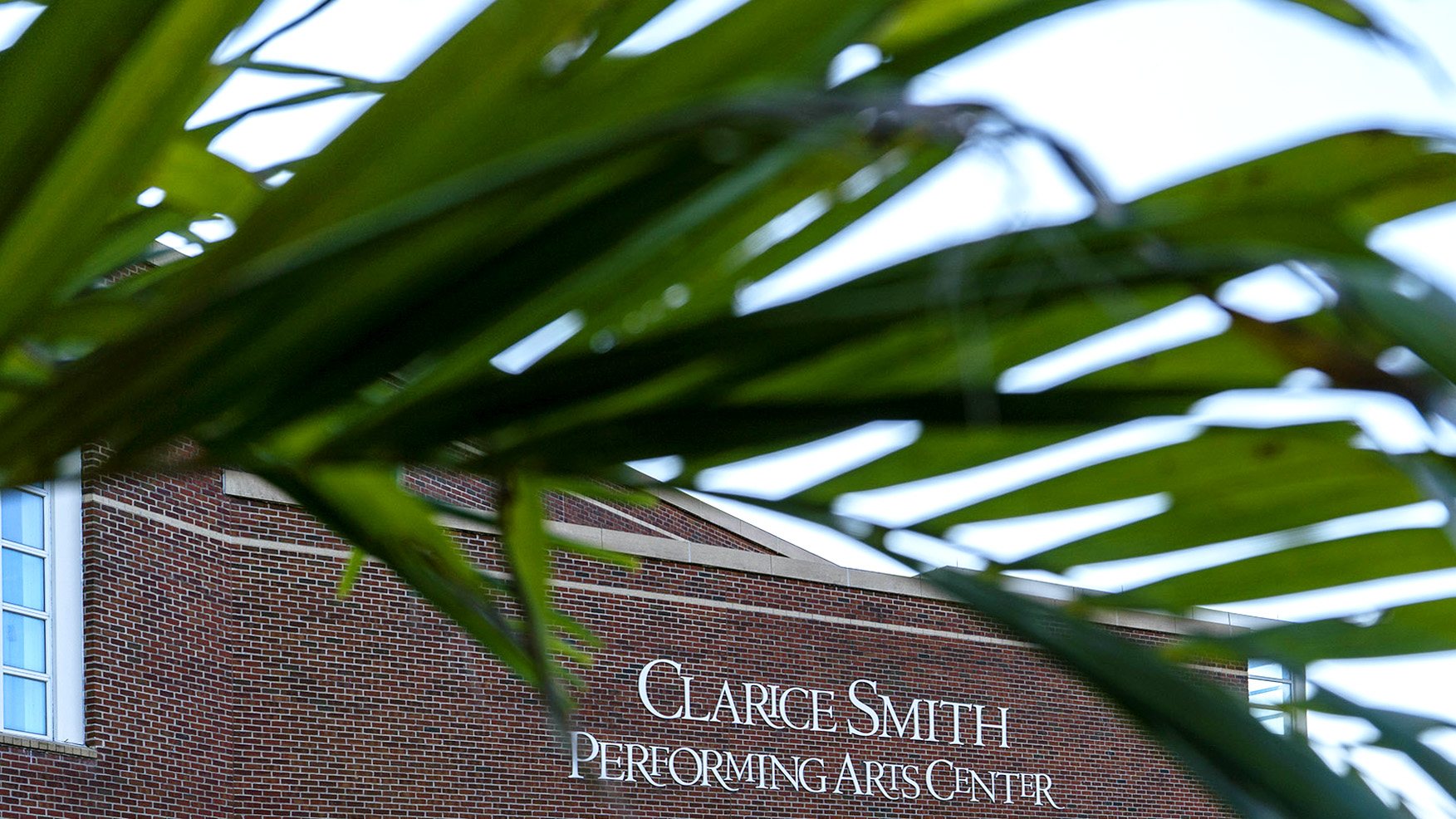 The University of Maryland theatre, dance and performance studies school’s Fall Dance Concert included performances by students that encompassed a variety of music, emotions, dance styles and costumes from its opening night on Nov. 18 to its close on Sunday.

The concert included faculty, student and guest choreographed works that celebrated “the vitality of live performance,” according to the event listing. Each night of the concert, the show included seven dance pieces and lasted about 90 minutes.

“This is like a laboratory, each piece is a laboratory, so it’s interesting to get to see brand new works at different stages,” said Kendra Portier, the director of the concert.

Rehearsals began at the beginning of the fall semester following auditions that were open to all majors. Rehearsals were about three hours per week, Portier said.

The show began with a group performance in “Dream. Catch. Release.” — then a trio in the piece “Coastal Paradox.”

[‘Hookman’ sells out in its debut at The Clarice]

Christina Robson, a dance graduate student and one of the performers in “Coastal Paradox,” said part of their dance was improvisation mixed in with specific chunks of choreography.

“Some nights feel a little more playful, other nights feel more spatially expansive. I think keeping those edges loose makes it feel exciting because you don’t know kind of what the temperature of each show will be like,” Robson said.

Next was a solo called “Anonymously Empty” performed and choreographed by Shekinah Brown. The last performance before the intermission was “Goldfinch.”

“My favorite one was the anonymous one just because it was so human,” said Georgia Hammond, a freshman bioengineering major who attended Thursday night’s show. “I felt just exploring all the intricate parts of your body and how it can move and just so very pleasing on the eye but then also very emotional and, like, captivating like you couldn’t look away.”

Onyima said her favorite part of the piece was when she locked eyes with Robson “and we really kind of just go into our own world, and do our little duet on stage, and it’s like, almost like, the audience is peeking through a window into our own kind of habitat on stage is what it feels like.”

Following “Triple Helix” was a solo performance “To Conquer Me Home,” which was performed by Javier Padilla on Thursday and Sunday afternoon and Brit Falcon on Friday and Sunday evening.

The final performance called “Ordinary Festivals (excerpt)” was the only one that was not new choreography made for the Fall Dance Concert, Portier said.

Senior dance and neuroscience major Megan McDevitt said she and a few others in the show had previously trained for “Ordinary Festivals (excerpt)” before rehearsals began for the Fall Dance Concert.

McDevitt’s favorite part of the piece is when she has a short solo on a large red ornamental rug in the center of the stage.

She said her reasoning is not because of her having all the spotlight, but because the original dancer she is modeling her performance after “flails their body all over the place and jumps and falls on the floor, and it’s just this whole crazy, all over the place moment, and it’s totally humorous.”

Portier emphasized the dedication, flexibility and openness of everyone who collaborated on the performances made it shine.

“The choreographers really organized their groups and communicated with their groups. The designers, who were also students, were easy to work with. They were also people that were willing to kind of move beyond their first choice and kind of deepen their expertise,” Portier said. “It’s so joyful to do that with folks.”