‘Hookman’ sells out in its debut at The Clarice 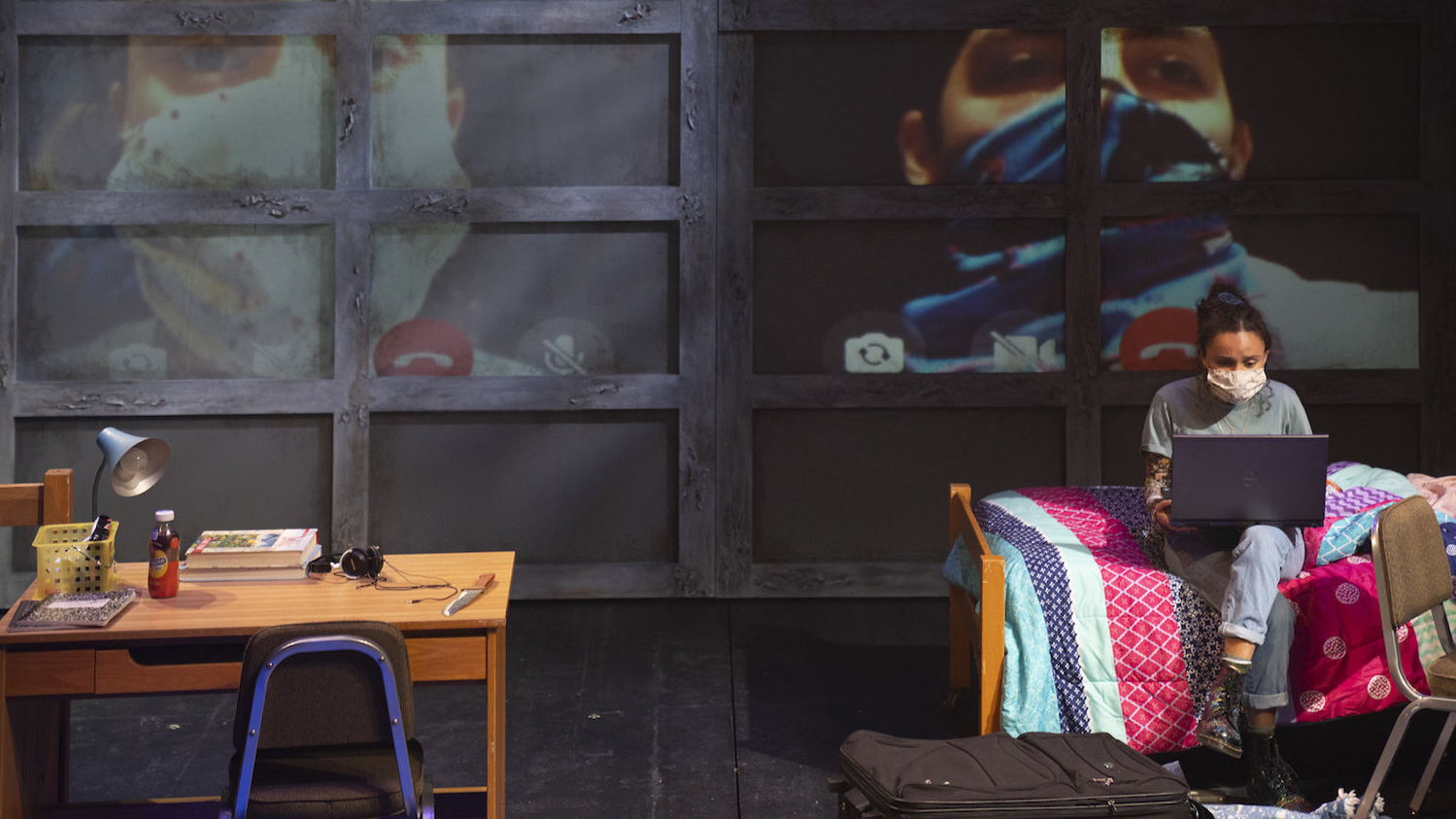 Lexi talks to her boyfriend on Skype. (Photo by David Andrews)

By Minnie Stephenson
For The Diamondback

Hookman premiered at The Clarice Smith Performing Arts Center on Saturday night to a sold-out crowd.

Hookman was written by Lauren Yee, who describes it as an “existential slasher comedy” following the story of a college freshman who is haunted by the death of her childhood best friend.

Although the characters in the play go to the University of Connecticut, there are still many familiar tropes around that any college student can relate to, director Nathaniel Claridad said.

[The ‘Wicked’ cast faces backlash before production even starts]

Claridad, an alumnus of this university, said he was asked by a former professor to return to the university and direct Hookman.

Claridad described how he enjoyed becoming re-acquainted with the university and seeing how things have changed for current students.

The play was in preproduction from January to May 2021, to work out all the technical elements, he said, such as a moving car, working traffic lights and lots of fake blood.

“It’s not like any role I’ve ever played before,” Goldberg said. “There’s a lot of nuance to her that I got to play with. And then I also got to explore different aspects of her personality through the different scenes that I’m in.”

Goldberg also said that although the play has some humorous moments, it addresses important topics such as sexual assault and violence against women.

Statistics of sexual assault and sexual violence at this university were projected onstage after the play was over.

“I was in the other show this semester, Little Women, and we’re all coming and seeing [Hookman] tonight together, cause they all came and saw us,” Gallagher said.

She said she was familiar with the script and would have come to the show anyway, even if she hadn’t been in Little Women.

“There’s so many weird, complex things in the show, and it’s gonna be interesting to see how they actually put it on stage,” she said. “Everyone should come and see it.”

The play runs approximately one hour and 25 minutes, with no intermission, and masks must be worn at all times.

The show runs from Saturday, Nov. 13 to Sunday, Nov. 21, totaling seven performances, and tickets can be purchased online.