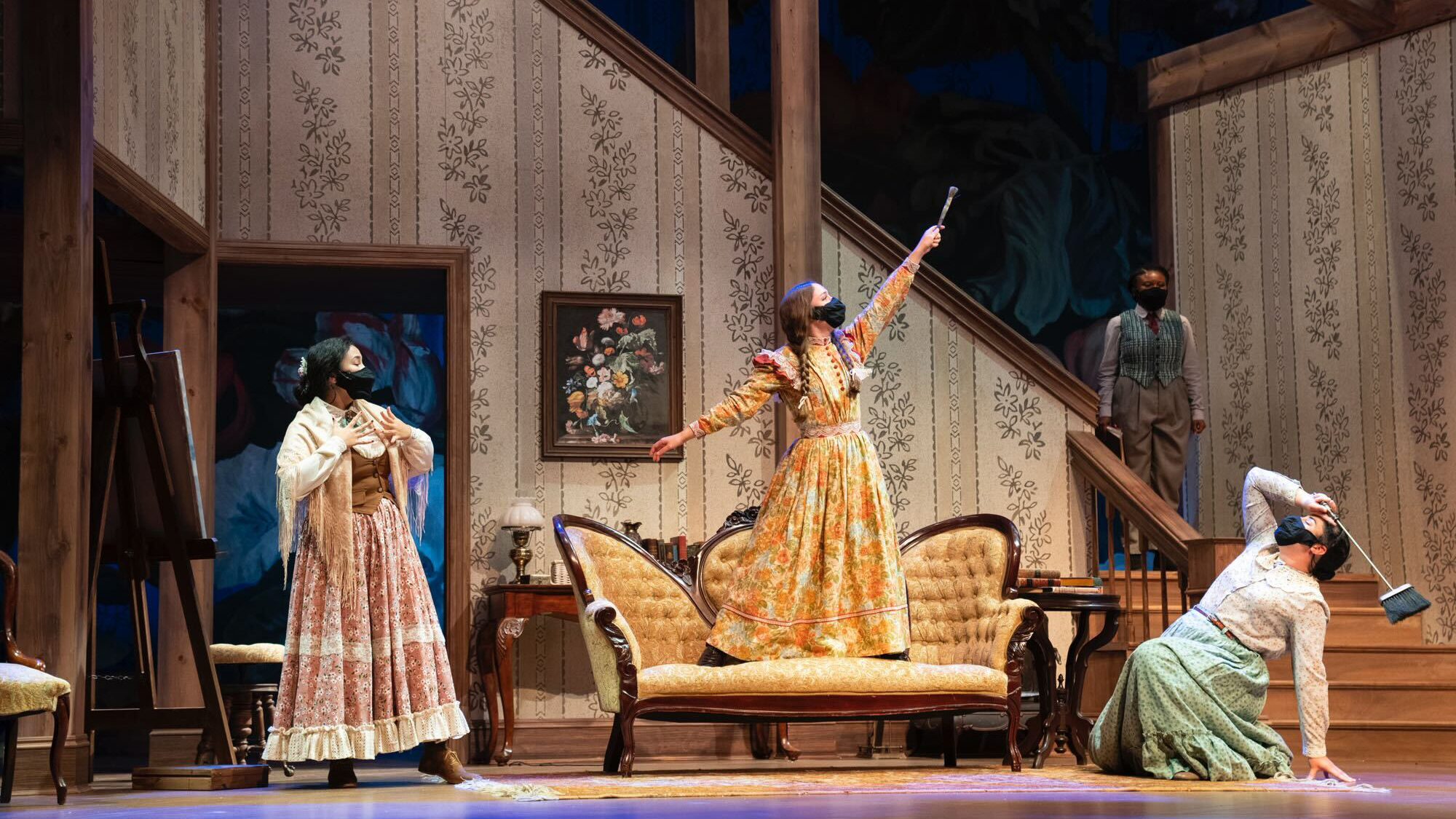 From Oct. 28 to Oct. 31, the University of Maryland theatre, dance and performance studies school will put on Little Women: The Broadway Musical in the Kay Theatre.

Little Women is a coming-of-age story that discusses the experiences of women and families during the Civil War and explores the relationships of that era.

Carolina Tomasi, a senior Spanish and theatre major, plays Meg March, one of four sisters in the play.

“Those first few weeks of rehearsal everybody was talking about how excited and how thrilled we are to finally be back in person, performing in front of an audience,” she said. “A lot of us were in a funk during the pandemic.”

Little Women will be the first musical theatre performance the theatre, dance and performance studies school will show since the pandemic, and University of Maryland artists are eager for audiences to see it. Masks remain required throughout the show.

Katie Rees, a junior government and politics and theatre major, plays Mrs. Kirk. She shared her excitement about the first production since the world stopped.

“It’s crazy to be a part of this first, huge theater production that we’re putting on, especially a musical coming out of COVID in this transition of being back in person,” Rees said. “I’m most excited to see the story come together.”

In a virtual climate, musical theater suffered enormously, as most performing arts did during the pandemic.

“I did a couple of virtual performances, and it’s just not the same when you’re sitting in your room,” Tomasi said.“It’s that live feedback of it, which I think is why people love theater in the first place.”

After six weeks of piecing together this production, the first show is set to take place on Oct. 28 at 7:30 p.m.

Rehearsing with masks and vigilant COVID-19 precautions, students will perform their hearts out with masks on entirely. But this won’t stop students from giving 100 percent in their performances.

Directors Alvin Mayes and Scot Reese and musical director Marci Shegogue are the masterminds behind the madness, and they’ve been critical to the success of this production.

“I just missed being on stage performing,” he said. “I’m super excited to put everything I’ve learned about acting and singing all together on that stage and I get to perform with some of my best friends.”

As students wrap up a few loose ends during their tech week, they’re finally meeting with their live pit orchestra, seeing every piece come together.

Students both within the theatre program and outside are anticipating a great show. To buy tickets, visit The Clarice Smith Performing Arts Center’s website.

CORRECTION: Due to a reporting error, a previous version of this story misstated that ‘Little Women’ is the first show the theatre, dance and performance studies school will perform since the pandemic. This is the second performance by the school, but the first musical theatre performance. This story has been updated.