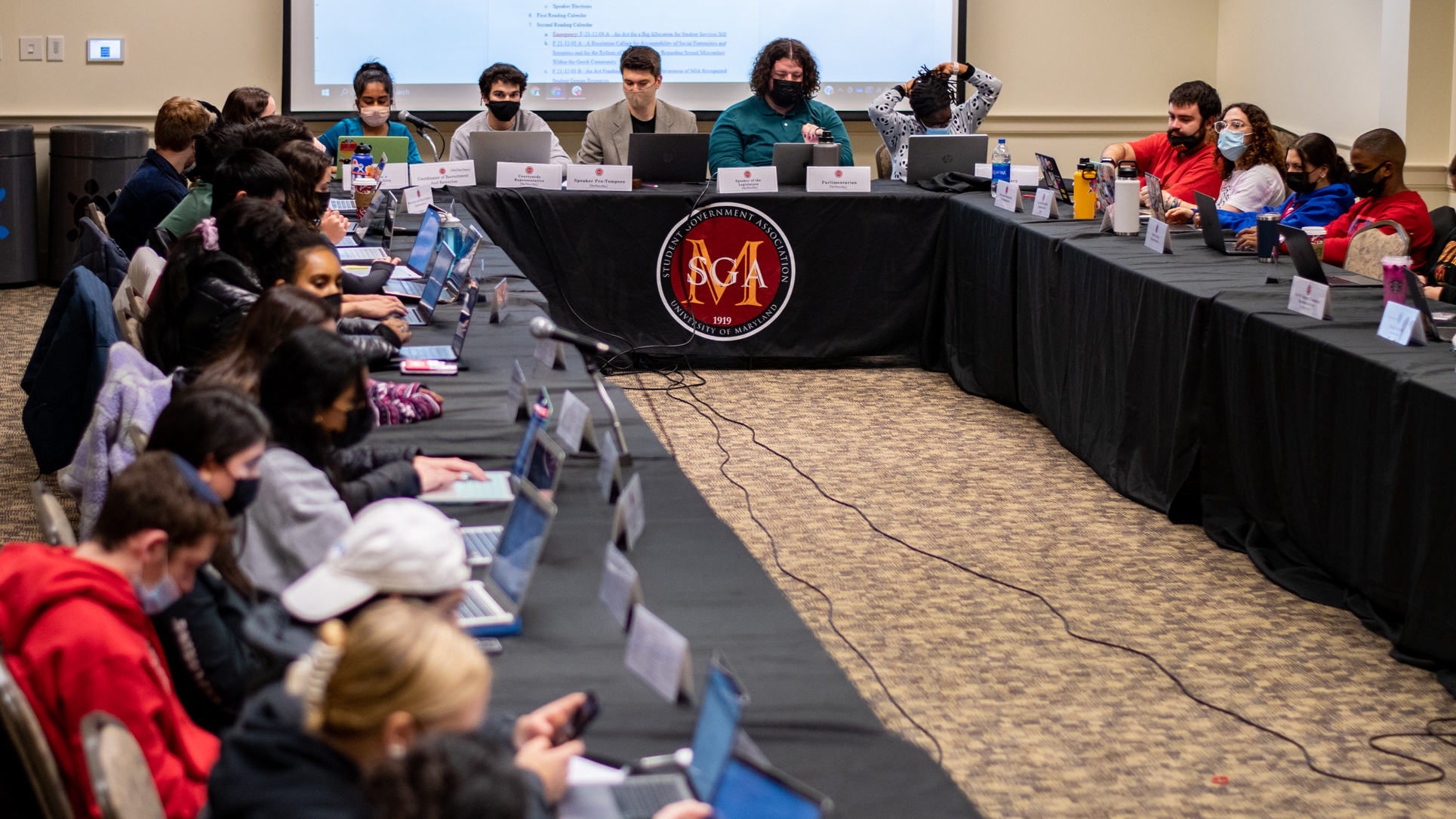 The University of Maryland SGA voted to allocate $97,400 to maintain and convert a vacant residence on Fraternity Row into a community center exclusively for student members of the Multicultural Greek Council and the National Pan-Hellenic Council.

The move is part of a larger funding package totaling $175,400, which is leftover from the Student Government Association’s surplus funding pool from the last academic year. Due to the pandemic, the SGA did not fund many student activities, and these funds were left over, said SGA president Kislay Parashar.

House 4 on Fraternity Row, which was previously occupied by this university’s chapter of the Alpha Epsilon Pi fraternity, will be renovated into a community center to support these goals.

During the meeting, Parashar said there are possible future plans for the SGA to help convert another Greek life house, which might become vacant soon, with an overall aim of moving Fraternity Row away from a predominantly white-dominated space.

“Greek life hasn’t exactly been supportive of people of color in their efforts to join these organizations,” Parashar said.

Later during the meeting, the SGA held elections for its new speaker. Bryce Kowalczyk, this semester’s speaker, resigned at the general body meeting because he is graduating in December.

Kowalczyk expressed pride in what the SGA accomplished during his tenure, particularly the two rallies — its own Rally for Respect and the Guilford Woods rally which it helped plan. He also noted how the relationship with the SGA and administration evolved.

“Our talks with administration have really changed, they kind of fear us a little bit,” the senior government and politics and public policy major said. I’m most proud of our collective work to mobilize the student body.”

After a period of speeches and voting, the SGA voted its coordinator of recruitment and retention Meghana Kotraiah to serve as speaker in the interim until SGA elections next semester.

“This organization means so much to me,” the sophomore agricultural and resource economics and government and politics major said. “So it’s really exciting to know what the people in the legislature think of me.”

Kowalczyk’s parting advice to the new speaker was to cherish the time spent in the position and realize the impact of the role.

“As speaker, there’s a lot of fights that you fight every single day and it kind of seems cyclical, that nothing ever changes,” he said. “But at the end of the day, you’ll have your small victories, and even big victories … and that means the world.”