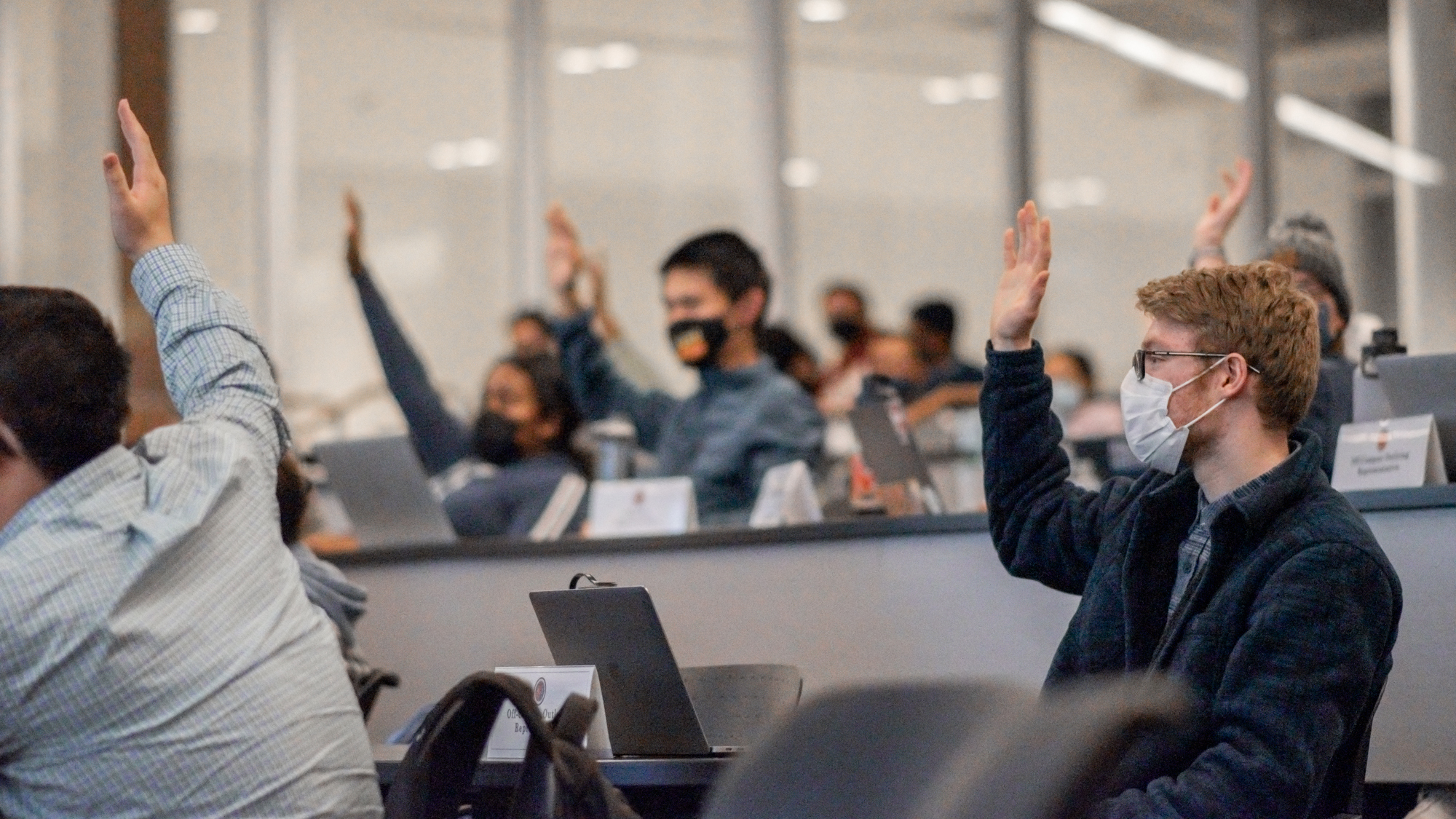 The University of Maryland SGA distributed just over $28,000 to Terps Racing during its general body meeting Wednesday night.

The club had previously applied for the funding, but the Student Government Association’s finance committee denied the request due to a technicality. Terps Racing appealed the decision and presented its case before the legislature Wednesday evening.

Terps Racing is an automotive engineering club that builds competition cars and competes in racing events.

Jacob Davis, a senior mechanical engineering major and a team leader in Terps Racing, said he felt relieved by the outcome.

“I was getting ready to have to give a tough conversation to the team,” he said. “Telling people that they couldn’t build the designs that they’ve been working on for the past semester or longer.”

The club explained the deadlines were not strict — they were simply when members hoped to buy certain items. The club also showed that in the original funding request, the group listed Jan. 4, 2022, as the deadline, which was outside the 60-day window.

“A lot of the legislators expressed that [Terps Racing] had been able to get funding from multiple different sources, but it seems that they’ve already used these different avenues,” said Matthew Weiss, an engineering representative and junior mechanical engineering major.

Davis said the club has already received about $25,000 from the engineering school and is in the process of getting about $35,000 from sponsors. He forecasted the club will make $15,000 from working the concession stands at university sporting events.

The SGA funds will be used to build the three different racing cars the club competes with.

Bitcamp originally asked the SGA for more than $73,000 to help fund the hackathon event, which was denied because the finance committee viewed the club as a new entity. According to SGA finance rules, groups who have not received funding for the past four semesters are limited to a $2,000 cap for an event when it is their first time applying.

After the finance committee denied the $73,000 request, Bitcamp asked the legislature to fund a single line item in its event budget: $150 for walkie-talkies. But if an event receives any amount of funding, according to SGA finance rules, that event is ineligible to receive further funding. This means if the SGA funded the walkie-talkies, the club could not ask for additional funding for the hackathon.

The SGA voted to deny the funding so that the group is allowed to ask for hackathon funds in the future. The club could lift the $2,000 cap on first-time funding requests if it requests funding for a different, smaller event.

“It’s disappointing, that’s for sure,” said Dhanvee Ivaturi, a Bitcamp co-executive director and senior computer science major. “I understand where they’re coming from with the new group stuff … We’re basically going to have to depend on corporate sponsors for all our funding.”