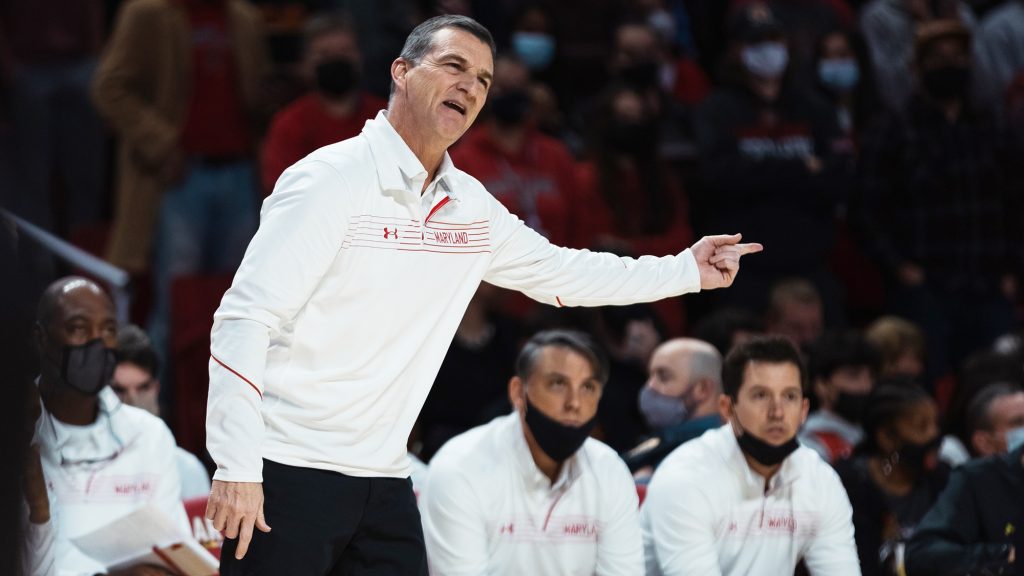 As former Maryland men’s basketball coach Mark Turgeon’s time in College Park began winding down, it became clear he was not going to be a Lefty Driesell or Gary Williams. Despite the fact he may never be an all-time coach for the Terps, Turgeon’s abrupt departure isn’t something that should excite Maryland fans about the future of the program.

Turgeon wasn’t the long-term solution for the Terps — in his 11th season at the helm, Turgeon’s offense looked frustratingly stagnant in their first eight games — and in the 10 years prior, Maryland reached only one Sweet 16 and didn’t make it to a single conference title game.

In fairness, the COVID-19 pandemic ended the 2019-20 season early, which fostered arguably the most talented group Turgeon has coached. The Terps were primed for a top-four seed in the NCAA tournament and were contenders for the Big Ten title. The following season, with the losses of Anthony Cowan Jr. and Jalen Smith leaving blatant voids at point guard and center, tenth-seeded Maryland mustered an NCAA tournament win when it likely had no business being there in the first place.

While disappointing and ending on a bitter note, Turgeon, who posted a 226-116 overall and 105-79 conference record, was by no means a total failure like many make him out to be.

With his departure, in which reports indicate talks began shortly after the Virginia Tech game, many Terp fans rejoiced, exaggerating Turgeon’s faults and downplaying his success. But a distorted perception of Turgeon’s tenure in College Park isn’t the main reason his departure is a bad thing for the program — it’s the vast chaos and uncertainty of the team’s future.

The best thing for Maryland would have been for Turgeon to leave after the season ended, rather than eight games into it. Such would’ve allowed a proper transition, time to have those important conversations that prepare for the future and less of an emotional shock to players and assistant coaches.

Coaching changes always take some sort of adjustment for any program, but the severity of abruptness for Maryland, in this case, is off the charts. With Turgeon’s exit coming as a shock to just about everyone, there was no transition in Xfinity Center. Consequently, it’s fair to assume that emotions are riding high across the program. The additional adversity of battling emotions makes bouncing back from its disappointing start even harder.

As Danny Manning takes over as interim head coach, he’s inheriting a struggling group that is still learning how to play together and now must also adjust to a new person running its team. With so much to adapt to, it’s unlikely to see a drastic change of play in the near future.

The number of moving pieces for the Terps following Turgeon’s exit is abundant.

While Manning has experience as a Division I head coach, Sunday’s loss to Northwestern moved his record to 116-141, and he likely won’t be the solution to the problems Turgeon left him with. A national search for a new head coach that has likely already begun makes Manning an unneeded piece to an already complicated and ever-shuffling puzzle.

Now, with next year’s coaching staff being unknown, recruiting looks to be a great challenge. Without the future head coach known, it’s unlikely a prospect will commit to a program as a coaching staff is one of the largest factors in recruitment.

In all likelihood, whoever the next head coach is will have to address the team’s needs almost exclusively through the transfer portal. With that being the case, there will be less youth on the roster, which is not what Terp fans want to hear — especially after the loss of freshman James Graham III to the transfer portal.

With so much instability, breaking out of its slump gets tougher than it already was.

Maryland is shooting an abysmal 28.9 percent from deep, and posts a putrid assist to turnover ratio, averaging only 0.3 more assists than turnovers per game. Their  out-of-rhythm offense combined with the emotions and drastic changes, make it hard to expect much from the Terps going forward.

And while there’s little cause for short-term optimism, athletic director Damon Evans’ search for a new head coach will likely be one of the most attractive jobs on the market. On top of that, despite team struggles, whoever is in charge of the Terps next season will likely have some very talented individuals on their roster.

For the time being, though, Turgeon’s midseason parting with Maryland sets the program back, as it’s now forced to deal with an awkward mid-season adjustment, a halt in recruiting and potential exits via the transfer portal this fall. Instead of having a natural time to transition into a new era of Maryland men’s basketball, the team is forced to adjust on the fly.

While Turgeon hecklers may be cheering now, they shouldn’t be, as losing him impacts more than just X’s and O’s.