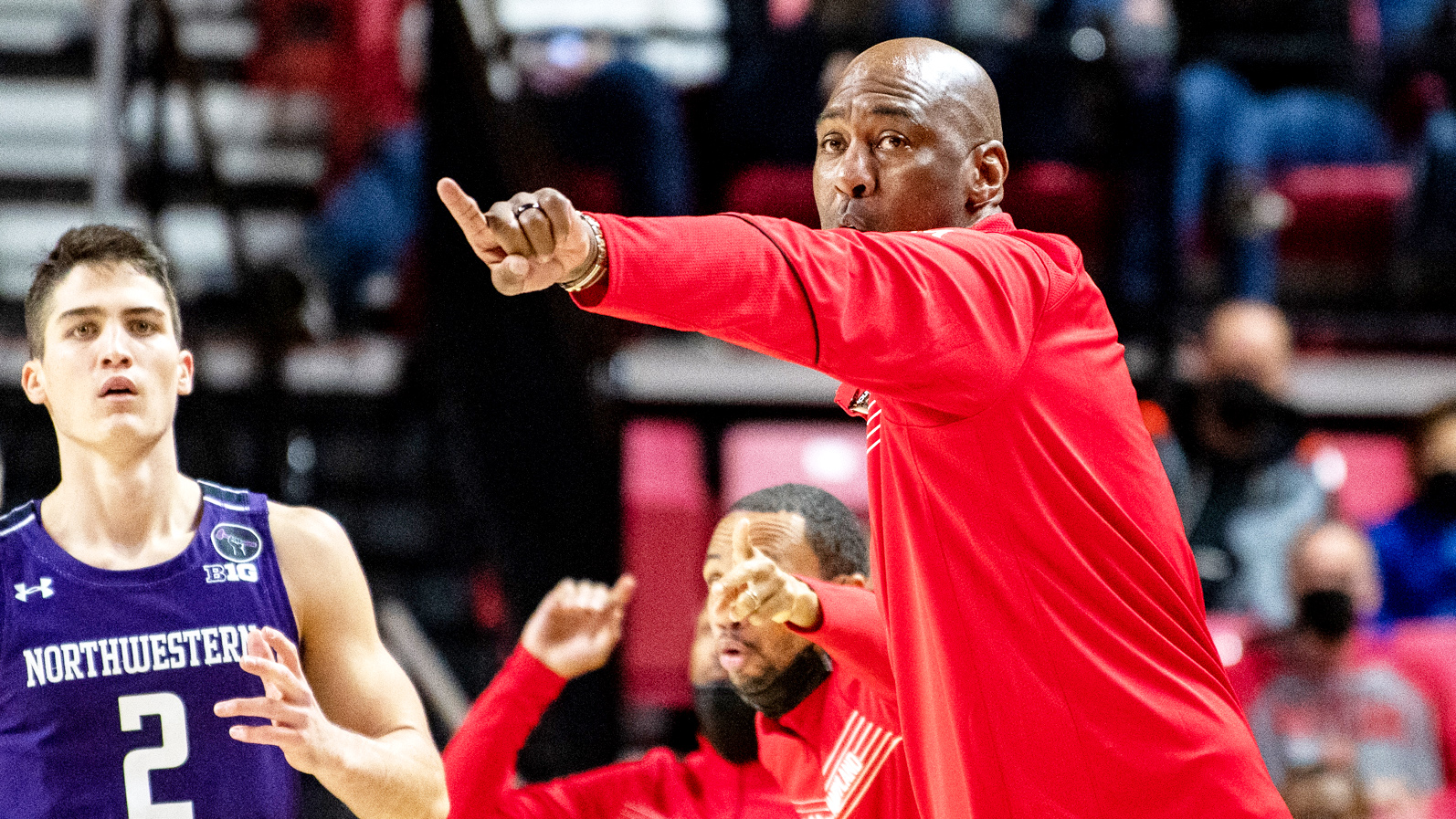 “He thought that our team needed a different voice,” Manning said. “And that was one of the last few things that he said to me.”

Manning began the Terps’ conference slate in a position he, nor his players or staff, expected him to be in when he was hired at Maryland just under eight months ago.

When Manning was announced over the PA system before tip-off against Northwestern at Xfinity Center, the Terp faithful erupted in cheers.

But Maryland, a new-look team with a new coach for the first time in almost 11 seasons, opened Sunday’s game against the Wildcats in a similar state as its previous games.

Eric Ayala, the Terps’ longest-tenured player, has played his entire Maryland career under Turgeon. Ayala felt a difference on the sideline after the coaching change.

“Now that I’m thinking about it, it definitely was kind of different. Coach Manning has that same style where they both wanna win,” Ayala said. “I would say the first time I felt coach Turgeon’s presence not being there was that practice [Friday].”

Manning called that first practice without Turgeon a good one. He said the players were able to express their feelings before practice on Friday afternoon.

But the emotion of the days before the game was visible in the Terps’ play. From their loss of the opening tip, Maryland looked overwhelmed and sloppier than usual.

The Terps entered the second half with their usual deficit after going 30.3 percent from the field. While they had a better day than usual from behind the arc, shooting 43.5 percent, their mid range shooting got worse as the game wore on. Maryland finished at 28.8 percent from the field against Northwestern’s 42.9 percent.

The Wildcats were able to severely limit Qudus Wahab’s production. In Maryland’s previous game against Virginia Tech, Wahab had a huge 14-point first half, and he finished the game with just under a third of his team’s points. He finished with seven points — five from the free-throw line — against Northwestern.

Manning’s squad even struggled on the defensive end, typically a strongpoint for the Terps. Wildcat players repeatedly sank wide-open shots and Maryland ballers were slow to meet them anywhere. They out-rebounded Northwestern by one in the first half but were out-rebounded by Northwestern by the end of the game. The Terps especially struggled to get ahead of Pete Nance, who finished with a double-double.

The only Maryland player that seemed motivated by the sudden coaching change was Hakim Hart. He dropped a team-high 18 points, going 4-6 from deep.

Despite Hart’s delivery on offense, he was still taken by the departure of the man who recruited him.

“I definitely felt those emotions. I came here three years ago; I was a young guy; he trusted me; he believed in me,” Hart said.

This is just the Terps’ first conference match of the season and the first of many with a new coach. And Ayala has faith that the Terps can meet this challenge and learn from the program’s evolution — in whichever ways it comes.

“You know, it’s life. Basketball will teach you a lot. I learned a lot in my life through basketball,” Ayala said. “In life you’re going to go through different things, you’re gonna go through change. It’s all how you adapt.”