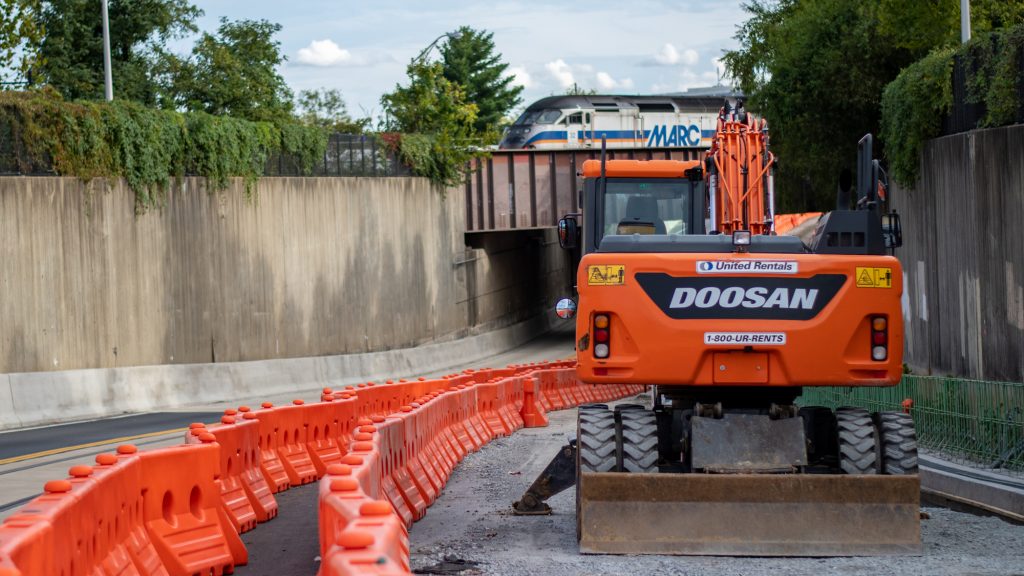 Editor’s Note: A previous version of this story quoted part of an email from a Save Guilford Woods advocate without gaining permission to publish the quote. The Diamondback has removed the quote from the story because its inclusion did not meet editorial standards. The Diamondback regrets the error.

The Prince George’s County Council last week approved zoning changes around the Purple Line that would directly impact the development and housing of the areas on and surrounding the University of Maryland’s campus.

The changes, which the council supported in an effort to create more walkable communities and transit-oriented housing, include two plans that could affect the City of College Park, this university’s Guilford Woods area and Langley Park. The plans have prompted backlash from community members, who say they were left out of a process that could deforest Guilford Woods and exacerbate gentrification in Langley Park.

In a second plan — in the Takoma/Langley Park area — the county is also looking to carry out high-density development around the upcoming Purple Line station in Langley Park. But deep-seated concerns about gentrification persist, especially as local activists criticize the county for not taking into account their recommendations.

Here’s how the new zoning plans will affect key communities around the Purple Line and this university.

The new proposed zones would encourage higher-density development toward the back of the University of Maryland campus around a new Purple Line station near Guilford Woods and Graduate Hills, said College Park planning director Terry Schum.

The plan for the Adelphi Road section of College Park changes the zoning to capitalize on the transportation investment of the Purple Line and attract some neighborhood-serving businesses.

“The idea is always to get increased density around a transit station, even if it’s light rail,” Schum said. “It’s sort of a sleepy little area now and this plan … talks about making it more into a mixed-use center with various types of housing, and commercial uses.”

Activists who have pushed back against the Western Gateway project — which would deliver 300 units of below-market-rate housing for graduate students and 81 townhomes if resumed by this university — say the Adelphi Road-UMGC-UMD Purple Line Sector Plan further threatens the survival of Guilford Woods.

The plan aims to preserve tree canopy and reduce stormwater runoff and other negative impacts on the local ecosystem while also transforming the area around the Adelphi Road-UMGC-UMD Purple Line station to become a “neighborhood destination.”

“The sector plan, in a de facto way, necessitates the development and clearing of Guilford Woods in a way that, compared to the Western Gateway project, is equally destructive with regards to acreage loss but without the grad student piece, which was kind of the saving grace of that whole plan,” said Jan-Michael Archer, a doctoral student in the public health school.

Although this university paused the Western Gateway project in late October, the plan calls for the construction of housing units affordable to students, employees and seniors around the Adelphi Road-UMGC-UMD Purple Line station.

But while opposition to development around Guilford Woods is high, making use of housing opportunities in the area could be one of the solutions to addressing higher rents and gentrification in neighboring communities such as Langley Park.

Building walkable, denser housing in the area near Adelphi Road might eventually help stabilize rents across the board — including in areas such as Langley Park — by keeping students and employees closer to the campus, said Cheryl Cort, policy director for the Coalition for Smarter Growth.

“I would hope that the university community would be involved in making sure that we’re making the most of those Purple Line stations and maximizing how much housing we can build … while also addressing some of the concerns around environmental protections,” Cort said.

Pines told The Diamondback that the sector plan is important for this university because it addresses transportation, housing and sustainability issues. The university is looking into these issues as it studies short and long term solutions for affordable housing.

Activists from CASA de Maryland, an immigrant advocacy group, and the Coalition for Smart Growth expressed concerns about the proposed zones.

Langley Park is uniquely affected by the zoning changes because the city does not currently house a Metro station, unlike other areas around the Purple Line, and is home to garden-style apartments that can now be rebuilt at a higher density, Cort said. The arrival of the Purple Line will bring a station to Langley Park.

Activists hoped the council would take into account in their decision the effects of the pandemic, particularly for many low-income tenants in Langley Park who have been participating in a rent strike for the past 15 months, said Jorge Benitez-Perez, CASA’s lead community organizer for Prince George’s County.

Many apartments in Langley Park are in dire condition, Benitez-Perez said. Cort explained this could allow developers to capitalize on the city’s proximity to the Purple Line and demolish existing apartments to make room for new high rises.

“The worst is yet to happen. And we don’t know when, but we know that the Prince George’s County Council just definitely sealed the deal,” Benitez-Perez said.

But county council members stayed firm in their stance that increased density would provide ample opportunity for economic development.

“This is a game-changer for our County,” county council chair Calvin Hawkins II said in a news release last week. “Prince George’s County is now in a posture to successfully compete in our region and seize opportunities for smart growth, economic development and improved quality of life for its residents.”

The county council has made some steps toward addressing the concerns of tenants, such as putting money into a housing investment trust fund, which provides grants for low-income residents and creating emergency rental assistance programs, Cort said. The county also enacted a right of first refusal law a few years ago, which could allow the county to step in and buy property from developers in an effort to subsidize housing.

But these policies might not be enough to protect longtime and low-income Langley Park tenants, Benitez-Perez said.

“These are really important things that the county has done,” Cort said. “But a big upzoning on aging apartments in Langley Park is not the way to go.”

While the county council has effectively dealt with zoning, Benitez-Perez hopes the fight will continue to advocate toward a tenant’s bill of rights at the state level along with other tenant protections.

“We’re going to always keep fighting to make sure we protect our housing,” he said.

The Prince George’s County planning board and council will host a joint public hearing virtually on Jan. 18 at 5 p.m. to give the public the opportunity to comment on the sector plan and proposed sectional map amendment. Community members must sign up to speak at the hearing between 5 p.m. on Jan. 14 and 3 p.m. on Jan. 17. Written testimony can be submitted to the county council clerk’s office until 5 p.m. on Feb. 2.
This story has been updated.