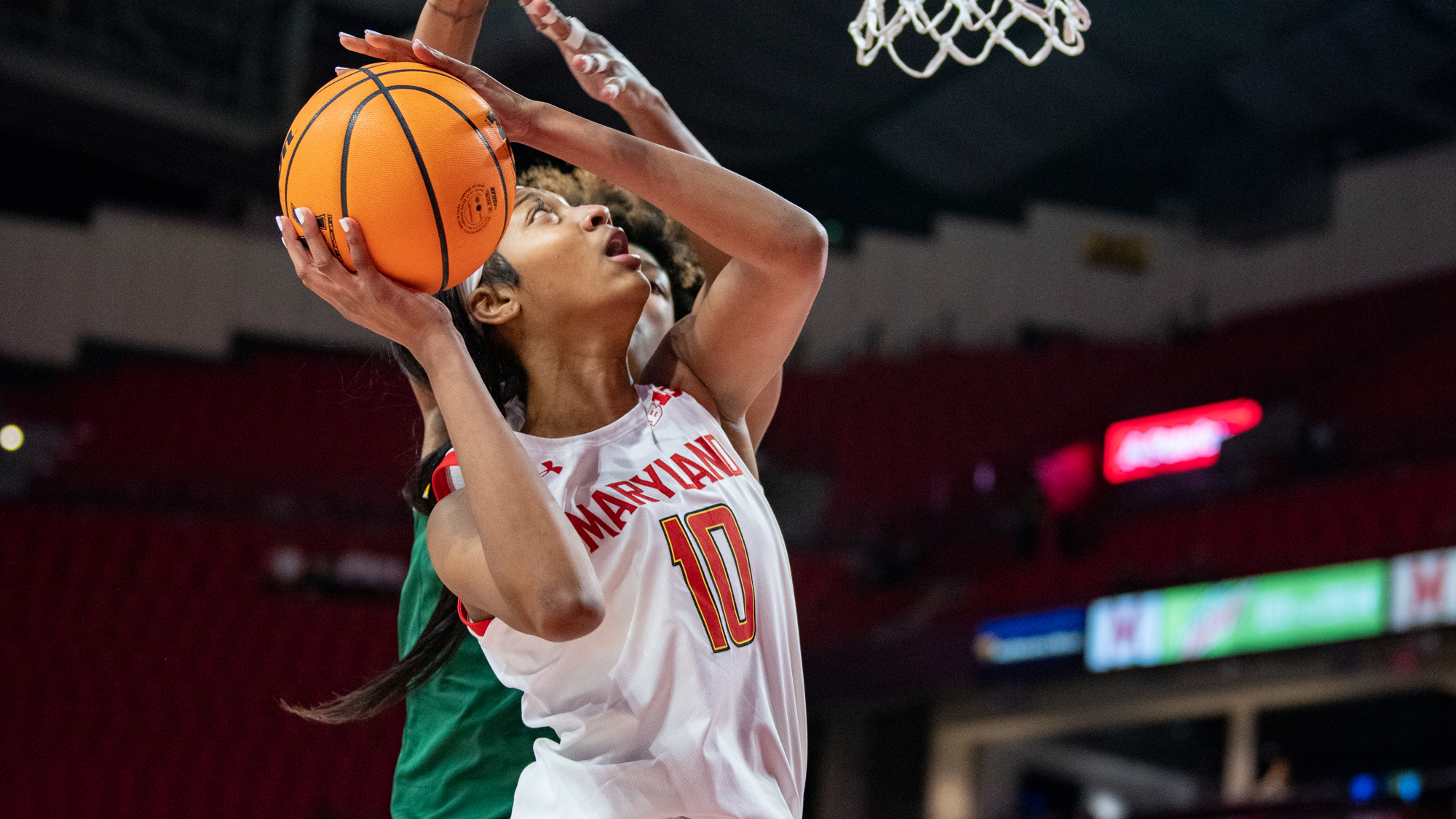 When she’s on the floor, Angel Reese is the blueprint for positionless basketball. The Maryland women’s basketball roster lists her as a forward and guard — and it shows. She has the size at 6-foot-3-inches to be a domineering presence as a rim defender and rebounder with the quickness and ball handling ability to operate from the perimeter.

The problem is, Reese hasn’t been on the court that much this year. The former No. 2 recruit hasn’t played over 30 minutes in a game since the season opener and is averaging 23.3 minutes per game.

The sophomore’s propensity for fouls has come at a detriment with excessive penalties that reduce her playing time. Reese already has 27 personal fouls, the most on Maryland women’s basketball and 10 more than second position Mimi Collins.

“I come out aggressive,” Reese said. “But I just know I just got to play smarter and knowing the referees early and just saving my fouls and knowing how valuable I am to the team.”

Coach Brenda Frese feels Reese needs to be more disciplined when she’s out on the court and said most of the fouls come when the sophomore gets fatigued.

Frese denied that the Terps switching scheme, which often places Reese on the perimeter guarding smaller players, made her more likely to foul, saying Reese plays well there. The team plans to put her even higher in the defense, at the top of their press, to take advantage of her length in passing lanes.

“When Angel puts her mind to wanting to guard, she’s one of our best defenders to be quite honest, regardless of position,” Frese said.

Reese wants to continue to play aggressively, but knows that because of the value she provides to the team, she has to be smarter about how she plays. That means being more selective about when she goes for blocks or reaches for steals rather than just attempting to stay in position.

Her fouls have a trickling effect, both for her and the rest of the team. When she picks up early fouls, the forward can see herself playing timidly at times.

It shows in her play.

“The Stanford game … the first and second quarter, I wasn’t able to really play hard as I want to play or attack as much as I wanted to because I was scared I was gonna get another foul,” Reese said. “So it’s tough, I mean, officials — I can’t control what the officials do. I can only control what I can do.”

Her inability to play big minutes due to fouls has hurt Maryland, particularly in the last three games when it was already shorthanded. She played 19, 27 and 15 minutes in those matchups, respectively. It forced Collins to play 35 minutes or more in all three contests and made Chloe Bibby play all 120 minutes of the stretch.

Those heavy minutes in part contributed to what Bibby said was a trip to the Bahamas where the Terps could have played with more energy and effort.

The Terps will have another flexible option, in Faith Masonius, back against Miami, providing them extra depth to take Reese out if she has fatigued or gets in foul trouble.

However the onus remains on Reese to stay on the court to give Maryland its best lineup.

“Having two of our players back now … just makes it much easier,” Reese said. “But I don’t want to come out of the game.”