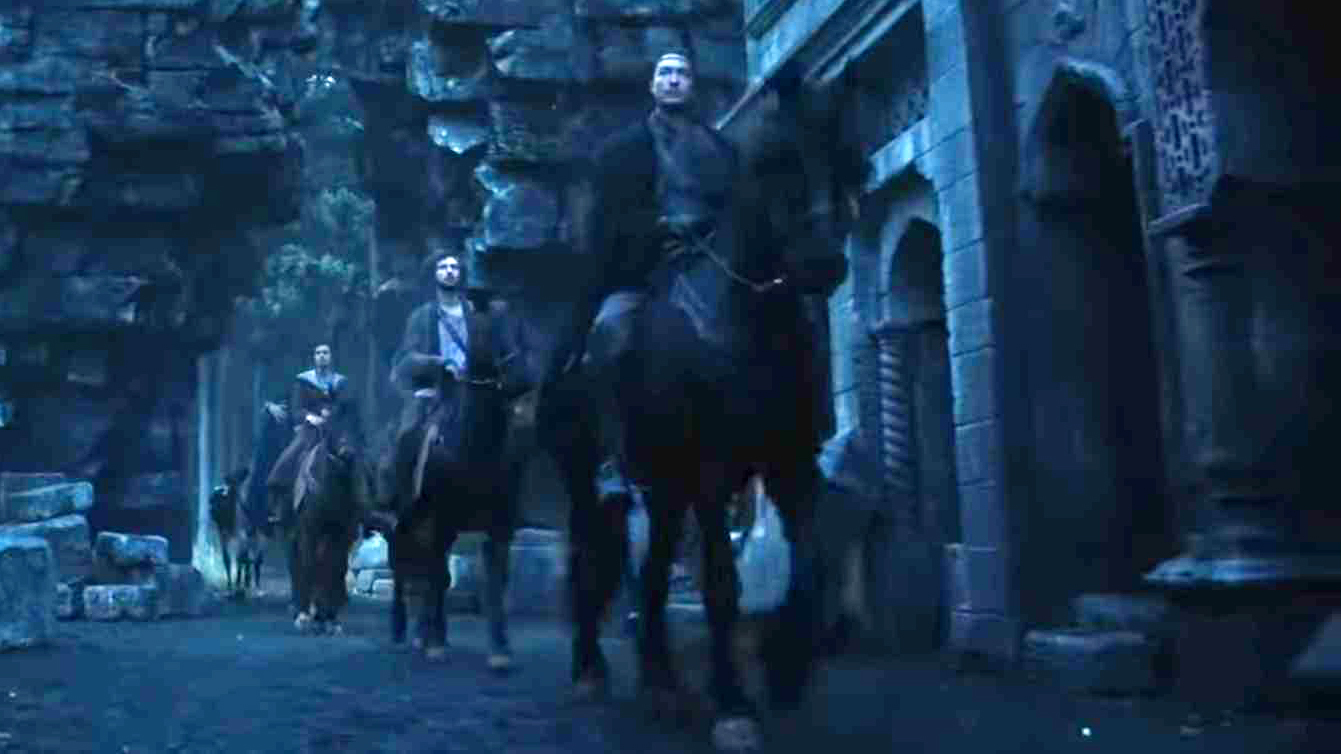 The Eye of the World by Robert Jordan is one of my favorite books of all time. Although I may not be finished with reading the entire The Wheel of Time series — it’s 15 books after all — I was extremely excited when I heard Amazon would be adapting it to TV. Some of my favorite moments in fiction were finally going to be on the small screen.

But then, they were not.

Five of the first season’s eight episodes have been released, and I have many issues. The show suffers from bad pacing, bad filmmaking and a clear identity problem. My complaints for the season are independent from my love of the book it’s adapting. However, I do think there are definitely aspects the book did better.

The first episode is the most egregious example of bad pacing. It begins right away with a woman named Moiraine who tells us all this important information in just a single minute — the world is broken, she’s an Aes Sedai, the man who broke the world is called the Dragon, that man has been born again, she doesn’t know who it is yet and she must find the new Dragon before the Dark One does.

[Review: ‘The Great’ season 2 is full of fun but has major misses]

This is a lot of information to swallow and understand in just the first minute, but the show moves right into the next scene where a group of women from the Aes Sedai, an organization the show doesn’t bother to elaborate upon until later, chases down a man. Then after that scene, we are finally shown the village setting where five of our main characters are from, which promptly gets burned down about 33 minutes into the episode.

The bad pacing present here is the main source of all the bad storytelling that plagues the rest of the show. It’s hard to care for any of the main characters because they weren’t given time to develop and are introduced as nothing more than tropes.

For example, the character Perrin is given a wife in this adaptation who he accidentally kills during the village attack. Since Perrin wasn’t given many scenes to develop a clear personality, the guilt from his wife’s death becomes his only defining trait. Not only do I think this was an unnecessary departure from the book, but it’s an example of the cliché involving an underdeveloped female character being killed to further the development of a male character.

The cinematography and action is not great, either. I didn’t expect groundbreaking and mind-blowing imagery like The Lord of the Rings movie trilogy, but I did expect the same quality as a TV show such as Game of Thrones. That’s not what we got.

In the scene where the village is attacked, a moment we should probably feel invested in, there are terrible shots, a bad use of shaky camera and the CGI effects look obviously fake. It was a bad start for the show.

Despite the previous complaints, I believe the biggest flaw is the show wants to be something that it’s not. The first season’s source material, The Eye of the World, begins rather light in tone, and the characters are young adults. Since the characters in the book are ignorant of the grand world in which they live and joyful in their simple lives, the book makes the reader relate and feel distressed when those happy characters become hopeless after being separated. There are clear inspirations from The Lord of the Rings books in The Eye of the World, which makes the new adaptation odd for its changes.

The show immediately starts with a darker tone where pranksters are gamblers and everyone is aged up. I believe this is to appeal to audiences of Game of Thrones, which ended in 2019. The problem with this direction is the original, lighthearted book doesn’t translate well to this darker tone.

Game of Thrones worked because it was set in a political world where there were no clear good and bad characters. In a story that follows a group of people running from a villain called the Dark One, I can hardly relate with them when they aren’t the innocent and homesick kids they were in the book.

The Wheel of Time show isn’t the worst show in the world, but I didn’t enjoy it as much as I wanted to. Hopefully, the rest of the season will be better.