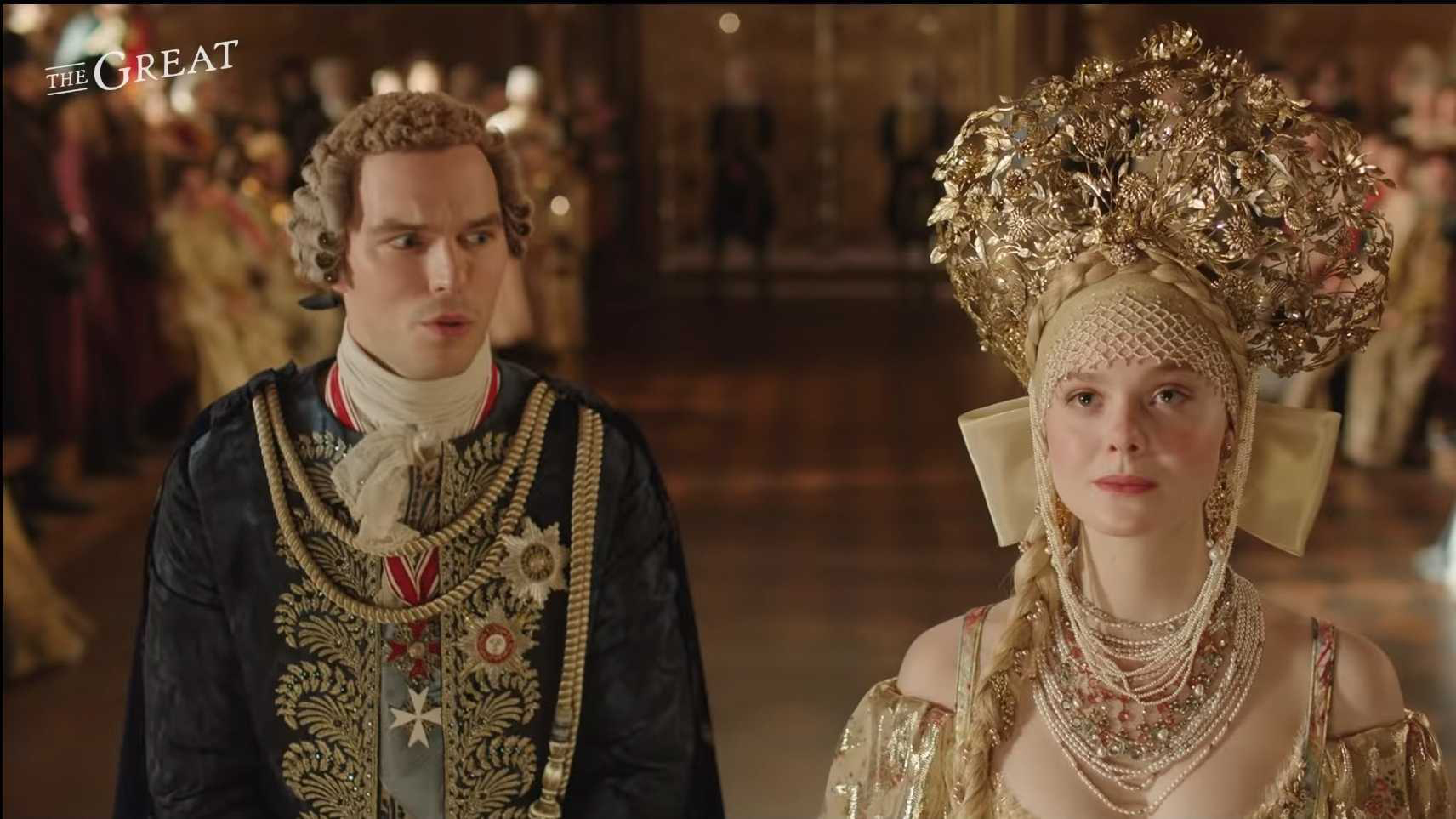 Season 2 of "The Great" is truly a rollercoaster of hits and misses. (Screenshot via YouTube)

There is a moment in the last episode of the second season of The Great in that former Emperor Peter III of Russia tells Empress Catherine in front of the royal court that marriage is like a roller coaster with ups and downs: there is exhilaration, a terrifying feeling that everything will go awry and, in the end, you stay on the rails.

As a person who watched the first and second seasons back-to-back, I can proudly say the show truly is a roller coaster. It is both fun and a mess at the same time.

The Great, a heavily fictionalized show about Catherine the Great’s rise to power atop the Russian throne, had an amazing first season. Though I came into it expecting a mostly accurate story about the real empress, instead, I got something with extremely loose historical accuracy.

Yet, it hooked me in — it played around with setting to create a unique story that mirrors real-world issues. The Great blends comedy with serious commentary, differentiating itself from the numerous historical dramas I’ve watched such as Vikings, The Last Kingdom, Reign and so on.

I had hoped for the second season after a great first. The first episode begins several months after the events of the previous season; right where Catherine’s coup left off. It sets up what I expected would happen: Catherine would take control and her resentment for Peter grows because of the death of her lover, Leo Voronsky, while Peter tries to either plot against his wife or tries to change as a person. There was also the question of whether Catherine was going to actually change Russia or not.

It did not deliver.

The first problem I noticed was the inconsistency of the characters. For example, Grigor Dymov was an interesting character to follow during the first season because he served as the right-hand man and primary echochamber for Peter while also being constantly frustrated that Peter and his wife, Georgina, were having an affair. His anger got so out of hand he attempted to kill Peter without even being involved in Catherine’s coup.

I found it weird that they decided Georgina should leave for the majority of the second season and Grigor should help Peter become the emperor again. I feel like this was a reversal of what his character had been previously building up to. It was also weird when Georgina came back from exile, as she felt underdeveloped compared to the rest of the characters.

Another problem I had was that the real-world commentary the show tried to establish felt more confusing because the show also wanted to be a romantic comedy. In the first season, there were plenty of scenes that I saw as obvious commentary, such as Catherine going to the frontlines to see the wounded soldiers or trying to introduce inoculations to the court so sick serfs stopped being burned.

What appeared to me as the second season’s biggest attempt to make a political statement occurred in its sixth episode, which involves Catherine dressing a serf, a person in society that is adjacent to a slave, as an aristocrat as a prank to prove to the royal court that serfs are people as well. Catherine’s attempt to liberate serfs quickly leads to a serf strike and riot, which she quickly stops.

What was the point of this episode? At first glance, the message seems to be that social change shouldn’t be made too fast. Not only do I believe that is a bad take, I also think it sends a bad message if it’s trying to reflect real social unrest.

It provides little say from the perspective of the serfs and instead glorifies the aristocratic characters who champion their cause or, in Peter’s case, literally shoot them. Even though characters such as Catherine and Orlov talk about the Enlightenment ideals, it would’ve been great to see some characters who were actually born and raised in poverty play a role in the story.

Speaking of the serfs, my last major complaint with the show is it kills characters — many of whom are women — for comedic and dramatic effect. Characters are killed for the only purposes of causing drama or making Catherine and Marial learn a lesson.

One of the most notable and uncomfortable examples is the serf character Shaky who Catherine uses for her jape in the sixth episode. She is introduced in the fifth episode, given very little development other than that she is sassy, shakes when pouring tea and is then killed off in the next episode. Her death in the show really only leads to Marial deciding that she has empathy for serfs, which doesn’t play a major part in the plot going forward.

There are other complaints I have about this show that would take up the space of an entire book if I elaborated: the flaws in the colorblind casting, the introduction of new plot elements close to the end of the season and confusing character arcs. However, I did have fun watching the second season and it’s still worth watching if you enjoyed watching the first. The Great is a creative historical drama and I hope the next season doesn’t make the same mistakes.