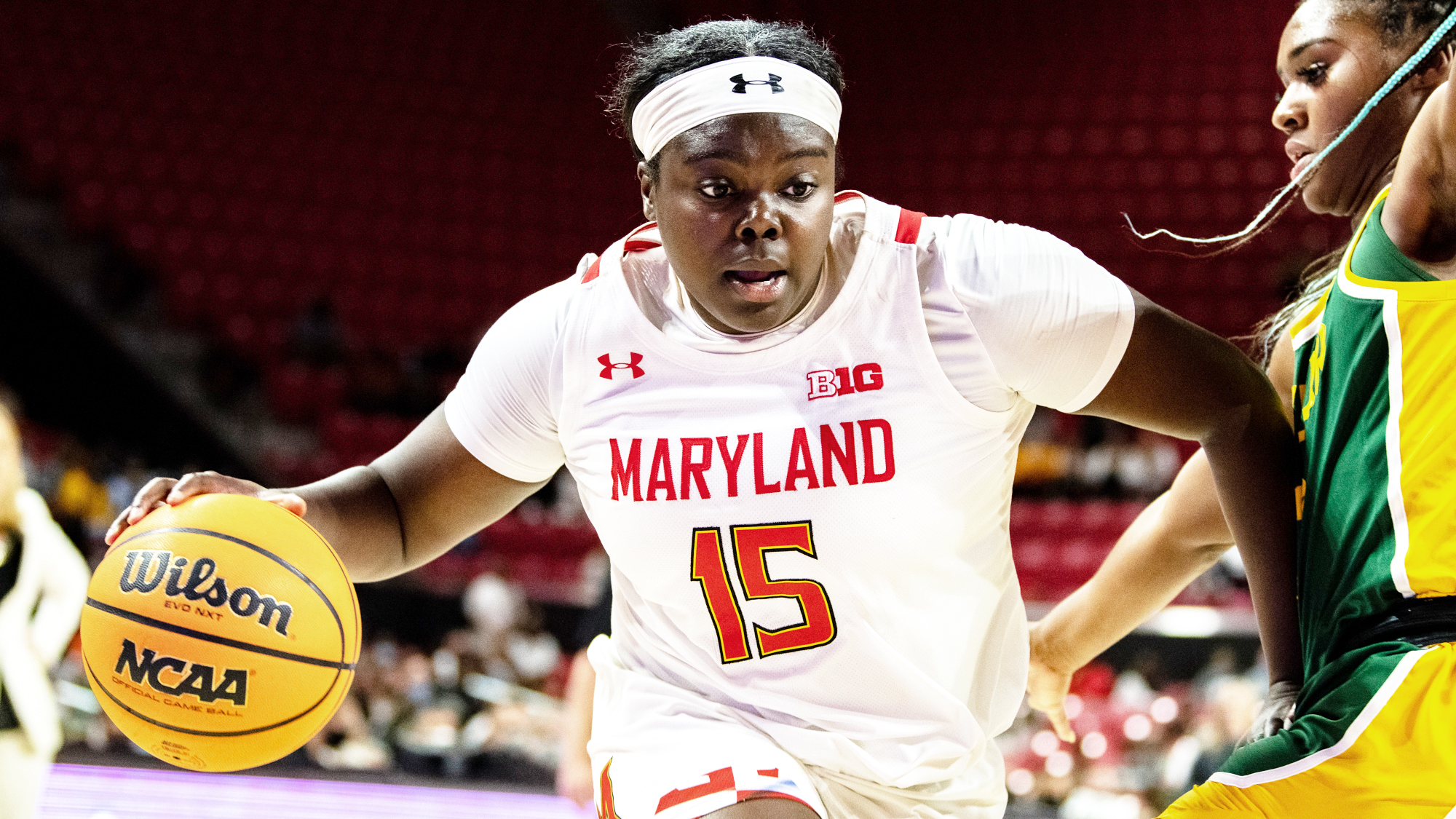 Ashley Owusu walled off her defender in the post and called for the ball late in the fourth quarter of Maryland women’s basketball’s Sunday afternoon win over Baylor. The double-team arrived as she caught the ball, so Owusu paused and faked a pass to Angel Reese who was cutting to the basket.

That movement gave the junior all the space she needed. She pushed a shot that swished into the net.

The bucket gave Maryland the crucial points it needed to beat the Bears, 79-76. But they were also points No. 999 and No. 1000 in Owusu’s Maryland career. The guard scored a team-high 24 points and added six assists in the win.

“It means a lot, especially to be able to do it in a game like this with so many fans,” Owusu said.

“When Owusu is going to the rim, her shoulder is down and she’s going to create contact,” Baylor coach Nicki Collen said.

Owusu shouldered a heavy load against Baylor. Katie Benzan and Channise Lewis were out, and Diamond Miller exited after only playing 10 minutes. That left Owusu and freshman Shyanne Sellers as the only primary ballhandlers left for a Terps squad facing the sixth-best team in the country.

The Baylor defense was also stout, with interior presences such as NaLyssa Smith and Queen Egbo lurking, forcing Owusu to change her plan of attack.

“First quarter I saw them giving me the pull up. I think they were going over and then going under some,” Owusu said. “So just being able to slow myself down and not always try and jam it down because I know they were trying to take charges.”

She lost her defender after speeding up the offense early in the second quarter, using a dizzying array of dribble moves to leave her in the dust. From there she split a pair of Bears before seeing Chloe Bibby in the corner and firing a no-look pass her way for a three.

In the fourth quarter, she took a handoff from Reese and immediately sent the ball back to her for a perfectly executed give-and-go.

Her presence also gave way to the most impactful play of the game, as she ran behind Reese for a fake handoff on the Baltimore sophomore forward’s and-one that ended up being the difference.

“It’s really a two-man game between Ashley and Angel, basically reading whether Angel is going to hand that off or not,” coach Brenda Frese said.

Owusu wasn’t perfect against a difficult Baylor defense. But she carried the Terps offense on her back for large chunks of the game and scrapped just enough points together for the victory.