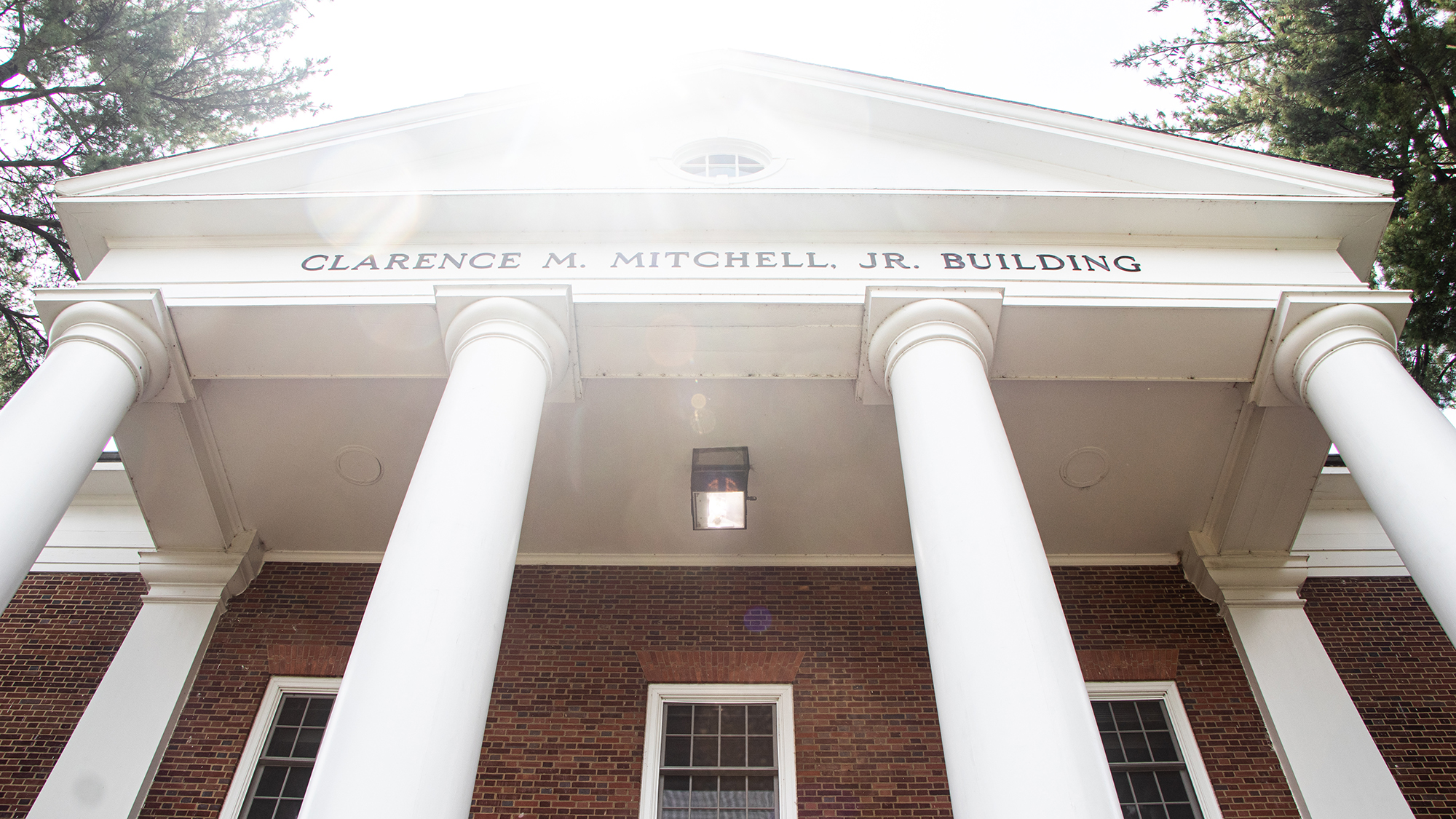 The University of Maryland admissions office is located in the Mitchell Building. (Julia Nikhinson/The Diamondback)

“What do Maryland and Penn State students have in common? They both got into Penn State!” is a phrase, among other similar variations, that has been heard among University of Maryland students and alumni over the past few years. This phrase makes fun of Penn State University’s 54 percent acceptance rate while propping up this university’s 40.5 percent acceptance rate, an area where the Terrapins comfortably beat the Nittany Lions in the ever-growing athletic and educational rivalry.

Don’t get me wrong, I love when this university beats Penn State in anything — especially when it comes to what actually matters: anything to do with education.

I am reassured of my choice of this university for my undergraduate studies when I see its rankings as a top-20 public university in the United States and top-75 university in the world. These high rankings helped develop and sustain the university’s signature initiatives, such as the Undergraduate Research Center and Federal/Global Fellows, that continue to draw in students.

Yet, as the university continues to increase its notoriety while decreasing its acceptance rate, I can’t help but worry. Achieving academic prestige shouldn’t come at the expense of the school’s diversity and inclusion efforts, and the university should take note of the slippery slope on which it’s descending before it’s too late.

If the university really wants to reach a new level of academic prestige, it should do so by having a more diverse student body; one that is representative of the state of Maryland as a whole.

To begin, one of the most notable areas where the university is struggling is its enrollment of Black and Hispanic students.

According to the Census Bureau, 31.1 percent of the state of Maryland’s population is Black or African American, yet Black or African American students made up 11.3 percent of last year’s freshman class. It becomes even worse when considering that despite the university’s claims, the school actually teaches fewer Black and Hispanic students today than it did in 2012. It’s evident that the university’s strides to become a more inclusive and diverse school are rather artificial and used as convenient statistics to grow prestige.

When seeing who is fortunate enough to make up the 40 percent of applicants who are accepted to the university, an even larger problem becomes apparent.

When examining the average income for the university’s two most prevalent racial groups, Asian students and white students, one can notice these groups were the two highest-earning racial groups in the country in 2017, earning an average of $81,331 and $68,145 respectively — the only two groups above the median income of $61,372. By accepting more students in racial groups that make more money on average, it’s clear this university is growing its level of prestige and competitiveness on the back of economic elitism.

With a seemingly more affluent student body and a more selective acceptance rate, many students from marginalized groups might be discouraged from applying to the university because they feel as though they won’t be accepted — and won’t feel comfortable here should they choose to attend. Without these students applying, we are on a dangerous slope to becoming a public school full of elitism and exclusivity: one of the worst contradictions in education.

When looking to fix this problem, one place to start would be simply accepting more students from less affluent areas. The university pulls about 50 percent of its in-state students from Howard and Montgomery counties — two of the state’s most wealthy jurisdictions. By offering this university’s opportunities to less affluent students, the state’s low-income population will be afforded a greater chance of economic mobility that a college education typically provides — particularly with a world-class education like the one provided at this university.

The university will need to make the school more accessible and appealing for underrepresented students to make sure they continue applying here. The university could employ an admissions counselor system similar to the one at the University of Southern California, where counselors can evaluate one’s application as related to other students from similar schools/upbringings, as opposed to every other student applying in the class. This way, low-income students will not be perceived as a weaker applicant due to less expensive extracurriculars — and wealthier students won’t get extra consideration for having them, either. Through an action like this, the university could still keep a low acceptance rate, but fill it with students who excelled in relation to their high school and economic circumstances, and move itself away from accepting less students on the basis of “merit” — a battle wealthy students will win every time.

I’m very happy to be studying at a university as highly acclaimed as the University of Maryland. However,  for that acclaim to actually mean something, it’s imperative that the university focuses less on exclusivity and more on inclusivity and reflectiveness in the admissions process. That way, we don’t leave deserving students behind.