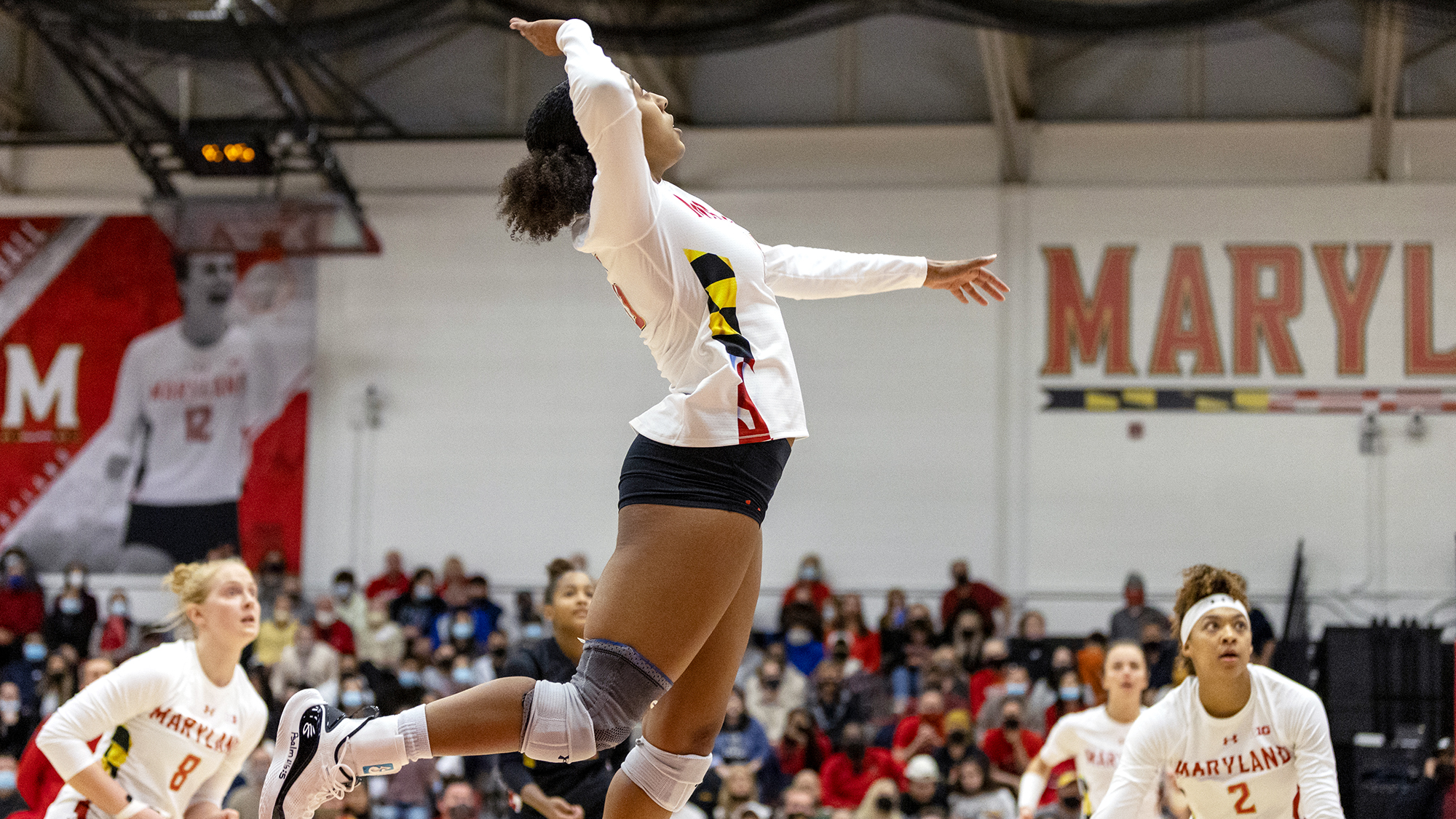 Following losses to No. 11 Nebraska and Iowa on back-to-back evenings, the Terps fell to 2-6 in conference road bouts on the season. Maryland, currently on the outside looking in as the NCAA tournament draws near, is still searching for consistency in matches away from Xfinity Pavilion.

But with their final two road bouts on the horizon, the Terps will have the chance to quell their road woes.

After a full week of practice at home, Maryland will travel to Evanston, Illinois, for a Friday night showdown with Northwestern — a team that narrowly knocked off the Terps in a five-set thriller earlier in the season.

“We fixed a few things that we know we want to do better execution-wise,” middle blocker Hannah Thompson said. “So I think we’re pretty excited to be able to get to see them again.”

The Wildcats enter Friday’s contest on a losing skid of their own, having dropped their last two matches against Ohio State and Wisconsin.

Coach Shane Davis’ squad, led from the wing by star outside hitter Temi Thomas-Ailara, boasts a dynamic offense that gashed the Terps for 65 kills in early October.

But while each of the last three matchups between Maryland and Northwestern have come down to a deciding fifth set, Hughes’ squad has projected confidence in hopes of snapping its four-game losing streak.

“I like the vibe in practice this week so far. I think they’ve had pretty good energy, and I think they’re just trying to maximize what they have left,” Hughes said. “They’ve got four really good matches in front of them, so a lot of season left to be played.”

The Terps will have yet another quick turnaround following their Friday evening showdown with the Wildcats, as they will travel to Champaign for a Sunday afternoon matchup with No. 24 Illinois.For Hughes, the environment in both venues will be an adjustment for his players as they embark on their final road trip of the season.

“Playing a big [basketball] arena on Friday night, and then on Sunday it changes course a little bit,” Hughes said. “[Illinois] usually has a great student section, so those variables are things we’re trying to learn and how to manage.”

While upending two potent Big Ten foes on the road will certainly be a tall task, Maryland is up for the challenge.

For Thompson, who is playing her final weeks as a fifth-year senior, putting to rest the road woes of the past has her squad prepared for the challenges ahead.

“I think it was a tough, tough weekend, but I think we’re up in spirits right now just knowing that we had some time to get back in the gym and get back at it again this weekend,” Thompson said.