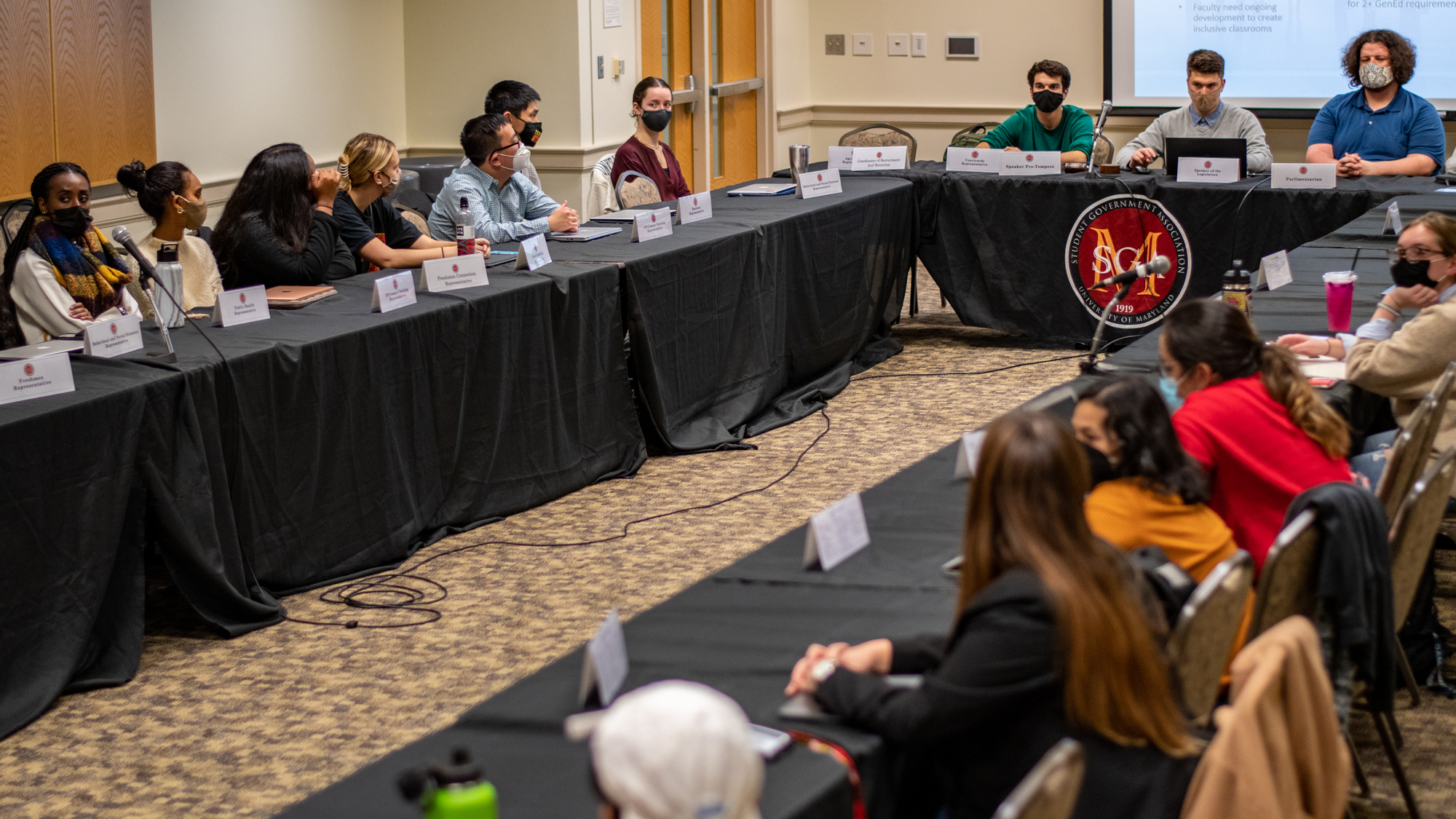 The University of Maryland SGA voted to pass a bill supporting changes to the diversity general education requirement with a pair of last minute amendments during their general body meeting Wednesday night.

The amendments to the bill has the Student Government Association call on the University Senate to require a component of intersectionality among other things within the general education requirement update and clearer guidelines on how transfer credits would be counted.

Cynthia Kay Stevens, an associate dean in the office of undergraduate studies, addressed the SGA about the changes to better teach about diversity and the history of systemic racism. The updates are currently being considered in the senate.

During a Q&A session after the presentation, several representatives inquired why intersectionality was not a new required instructional mandate in the update.

“In order for there to be, not just a more all encompassing, but also more accurate understanding of the forms of oppression and how they’re intertwined, that we need to have that intersectionality component,” said Mariam Khan, the SGA’s transfer representative.

Stevens framed the rationale as a matter of pragmatism, saying that if intersectionality was made a required teaching objective rather than urged, then the update would most likely not pass the senate. She specifically referenced some faculty in the history department who opposed its required inclusion in their lesson plans.

“I’ve heard at least as much criticism as support,” Stevens said when the SGA asked if she believes the changes will pass in the senate.
Khan, a junior Spanish major, said she felt that intersectionality being a point of dissent among faculty was concerning.

Before the legislature could vote on the bill, Khan proposed an amendment. Due to the upcoming holiday and the SGA’s schedule, Khan was allotted the duration of a five-minute recess to write the amendments during Wednesday’s meeting.

But Khan was not alone, as several other SGA members pitched in to help refine the drafts. Nicholas Marks, the education representative, helped Khan polish the wording of the amendments.

“I wanted to take an active part in its passing,” the freshman government and politics and secondary education major said. “There comes a point when you’re dealing with the legislative process, every bill has to be refined, and so much of what SGA does is refining bills and making sure they’re as good as possible.”

The bill with the additional amendments was passed unanimously.

Marks said that the opposition among faculty to the inclusion of teaching intersectionality was a reflection of the times. He also said he noticed older individuals tend to oppose it, most likely to do with a lack of understanding.

“Intersectionality is something that affects every level of government and the way that we live our lives,” Marks said. “It has largely been ignored by prior generations, but I think this is the generation where we actually get to talk about these things … and you can only do that through education.”

CORRECTION: Due to a reporting error, a previous version of this story misstated that Cynthia Kay Stevens referenced faculty in the business school who opposed making intersectionality a required teaching objective. Stevens has not had conversations with business school faculty about the matter. A previous version of this story also misidentified the history department as a college. This story has been updated.