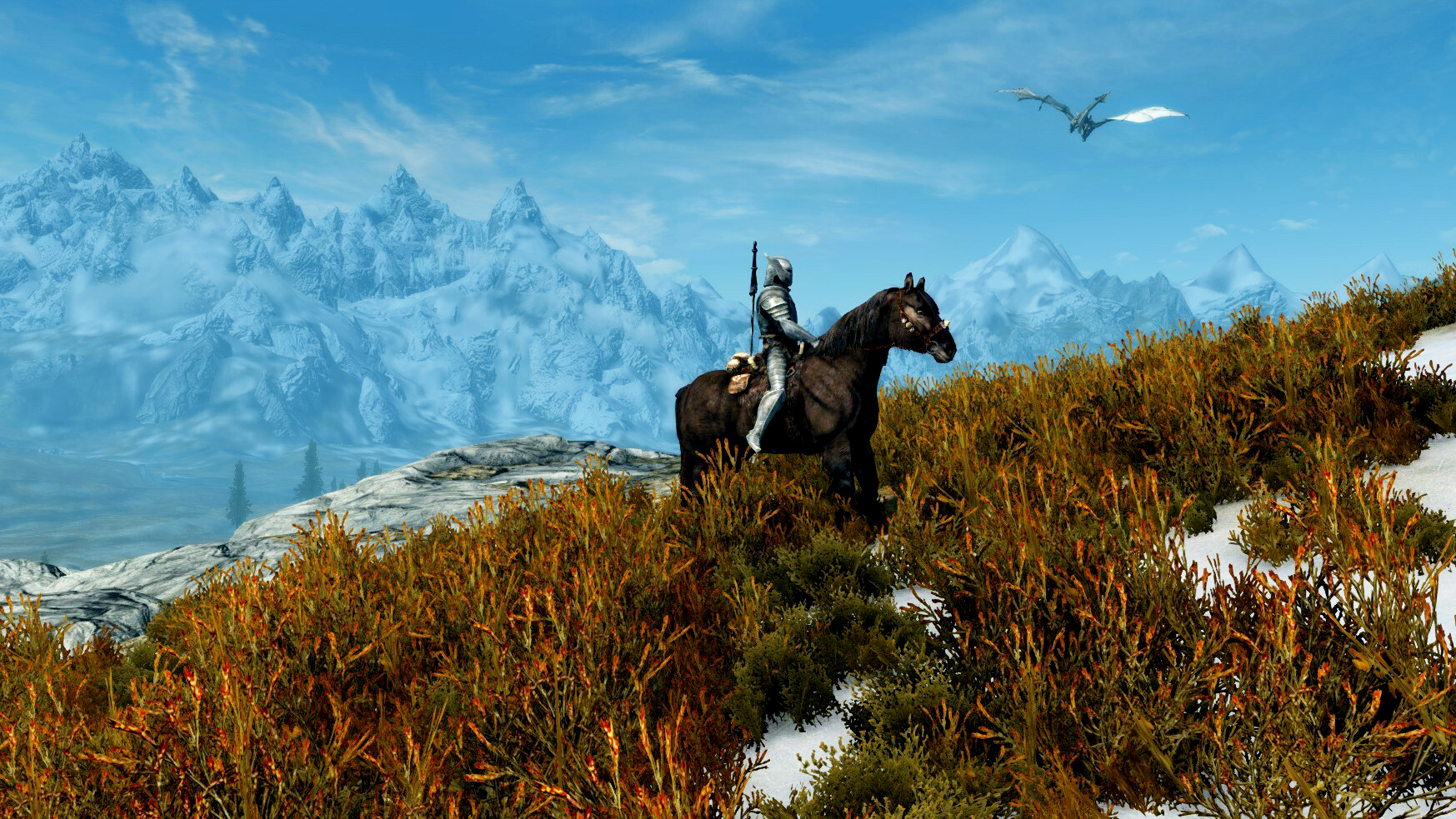 It includes “pre-existing and new Creation Club content,” according to the upgrade’s page on the Steam store. Translated from marketing, this means Bethesda folded a bunch of independently produced mods from the game’s flourishing modding community into the game and slapped a $19.99 price tag on it.

Bethesda is selling content previously available to PC users and valuing it at half the price of the entire Special Edition released in 2016, which is still marked at $39.99 on Steam. The original game released in 2011 goes for $19.99, but it’s unlisted on Steam “at the request of the publisher.”

The anniversary upgrade added, among other things, fishing and a survival mode. The fishing mode is boring, even by the standards of fishing minigames. The player character, who literally absorbs dragon souls on a regular basis, must bend their knee to what must be a pretty intimidating Fish and Wildlife Service, because you can only cast a line in a few designated spots. You can put fish in tanks after building an aquarium in one of the three homesteads from the Hearthfire DLC.

They added carp, at least. That’s the one thing I caught before I got bored. The carp, being new, looks so much better in the inventory and in tanks than the fish from the base game and special edition. Could Bethesda have redone the old ones to match? Surely. But that must be too much work to dedicate to the legion of fans in love with this game. Better to just slap some models together and call it an upgrade.

The survival mode is wholly uninteresting. It penalizes the player for not eating, sleeping or staying warm. But if Skyrim fans wanted that, we would be playing The Forest or The Long Dark or Valheim. Even Minecraft. Skyrim is where you go to yell at a wolf so loud it gets launched off the side of a mountain, it doesn’t need survival mechanics or minigames appended like afterthoughts 10 years after it was a finished product.

I’ve already bought Skyrim twice, the original for PlayStation 3 and the special edition on PC, mostly because it included the substantive “Dragonborn” and “Hearthfire” additions.

Rumors of Elder Scrolls VI have been circulating the gaming world almost as long as Skyrim has been out. Now it looks like it won’t be made until after Bethesda’s space-themed role-playing game, Starfield, is released.

Fingers crossed the proper sequel sees the light of day and it does more than repackage Skyrim to cash in on a devoted fandom.

Give Elder Scrolls fans something new to explore and get invested in. Don’t keep selling us the same world with a new coat of paint.

This story’s subheading has been updated.