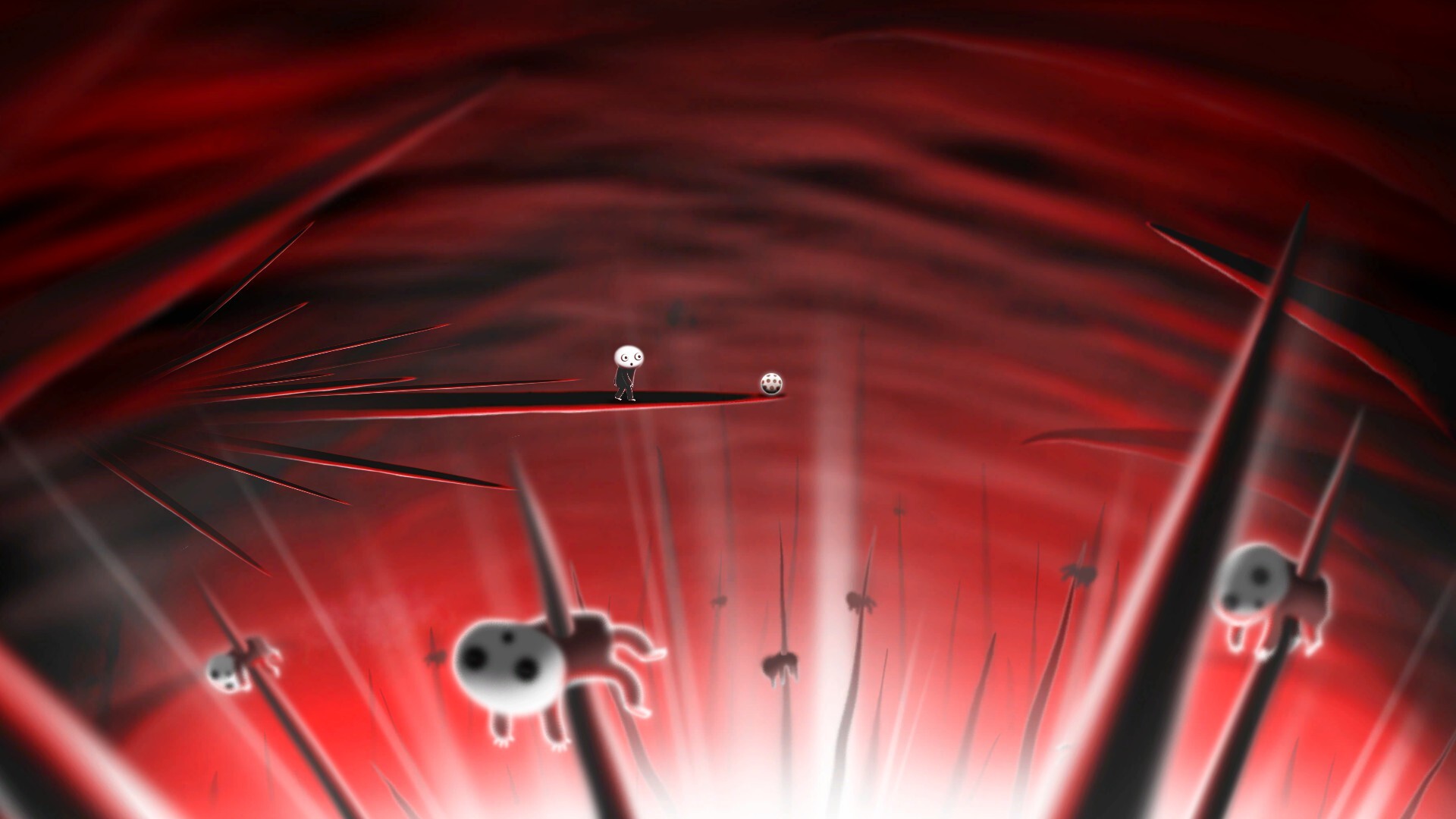 Happy Game, the misleadingly titled horror dreamscape from Amanita Design, transports players to a world of toys, adventure and bloodshed.

The storyline consists of the player character, a nightmare-stricken child, who falls asleep into a horrible nightmare and must sort through macabre puzzles to become happy again.

The Oct. 28 release feels like a mix of Coraline, the video game series Little Nightmares and Foster the People’s “Pumped Up Kicks,” on account of running children in the background. This seems like a terrifying world for a child, but the kid just laughs in blissful ignorance most of the time. Except for when I dropped the cute heart-headed character from so high that it exploded.

The control scheme, on PC, is simple and instinctive. You use A and D to move in the linear environment and point and click to interact. One gripe with the controls: the child always keeps moving for two or three steps when I stop holding the key, which is particularly annoying when trying to stop right next to the guillotine controls.

The puzzles in Happy Game are not particularly difficult, and the answers are blocked mostly by the player’s conscience. After getting the “Baller” achievement for jumping into a pit of spikes and corpses to catch the kid’s ball, the player is dropped into a colorful concentric world.

If H. P. Lovecraft reimagined the planets of The Little Prince, they may look something like this.

At one point, a giant bunny monster emerges from the ground to eat the child, unless the player planned ahead. The child must feed giant carrots to the smaller bunny beings to make them so gorged that they can’t run from the beast. Then he runs around the map while the monster is busy eating the sentient snacks.

If this sounds twisted, dark and hard to watch, that’s because it is.

As grisly as Happy Game is, it is a blast to play. The blessing of dream worlds is on full display, with complete freedom in art and story.

The ephemeral soundtrack blends well with the world sounds and enhances the experience, except when the child stops advancing for too long. I took a few minutes to figure out how to transplant a bloody doll head from one toy to another, and the same four notes refrained the entire time.

Happy Game is full of grotesque tableaus of childhood motifs, and I think the most unsettling part is the child’s persistent laugh. After he sees countless otherworldly horrors, he giggles gleefully at a toy rabbit being reassembled.

In small doses, perhaps buffered by more sane diversions to avoid catching the kid’s night terrors, Happy Game is a satisfying curiosity. It is available on Steam and Nintendo Switch for $13.13, a modest price to question your sanity as you feed colorful rabbit people to a walking Sarlacc.