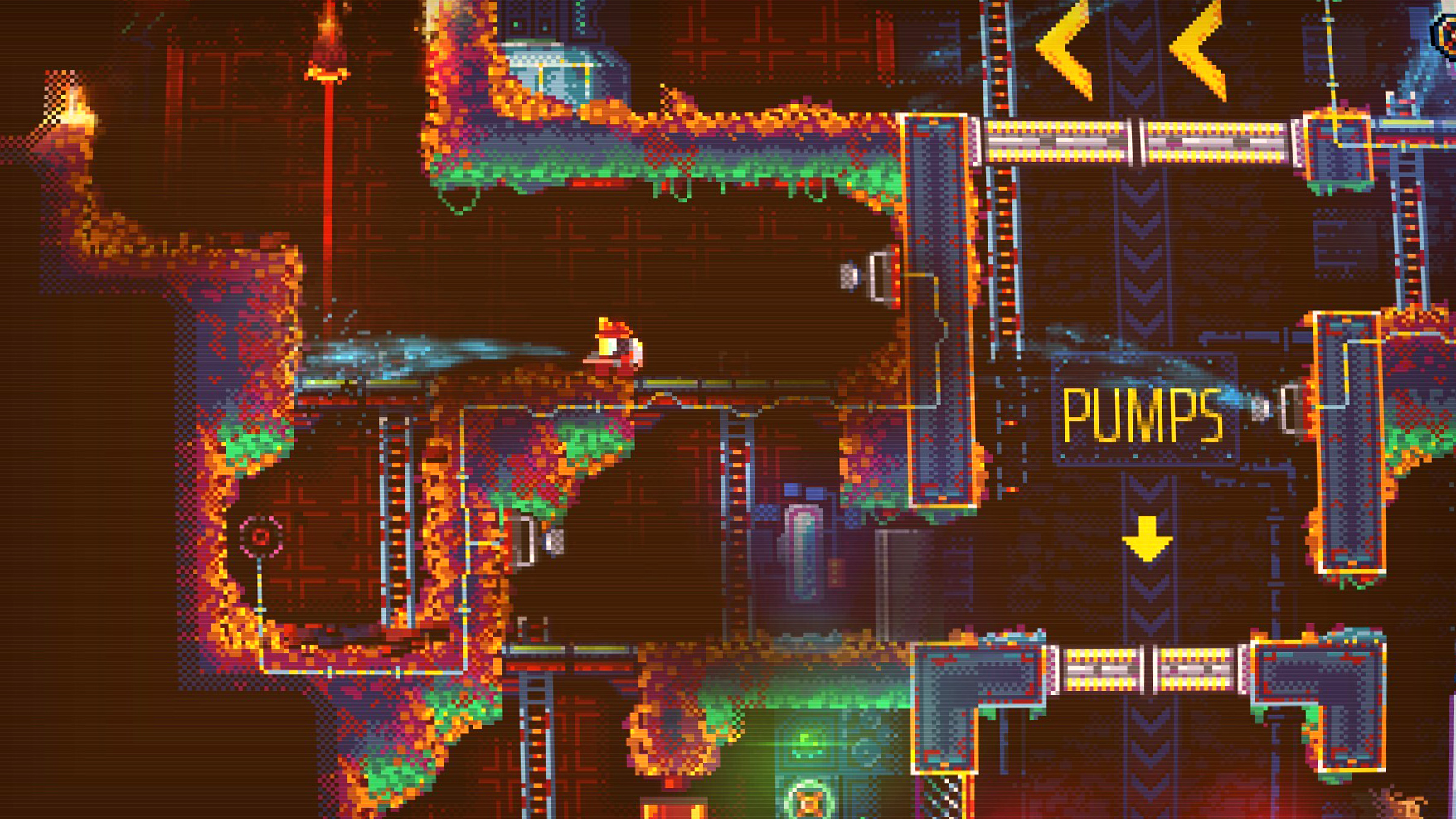 Nuclear Blaze, a 2D firefighting adventure from the lead developer of Dead Cells, ignited the indie game scene on Oct. 18 with backdrafts, explosions and mystery.

Deepnight Games — the one-man studio composed of Sébastien Benard — created a version of Nuclear Blaze at Ludum Dare 48-hour Game Jam in April. That version can still be played at Deepnight.net, but the polished game is available on Steam for $9.99.

Benard was formerly an associate of Motion Twin, the studio behind Dead Cells, so he is no stranger to creating 2D smash hits. Since leaving Motion Twin in 2019, he has been a full-time solo developer focusing on 2D titles and development tools.

Nuclear Blaze has a charming, although sometimes abrasive, pixel art style that can devolve into entropy as the requisite flames and explosions of a firefighting game fill the screen.

The primary gameplay loop is to extinguish all the flames in a room before moving on to the next, and most rooms have various swipe cards and golden keys to access sprinklers and lost kittens. This is mostly what qualifies as a puzzle in Nuclear Blaze — finding the switch, key or button to get to the next room. But the variety in level design makes up for the stagnant puzzles. Getting to the other side of a burning room is the puzzle more so than figuring out the solution.

Spraying water isn’t particularly challenging, and neither is managing the water resource, since it feels like there is a pump every few feet and it only takes a sprinkle of that infinite anti-fire juice to put out a patch of flame.

The only real challenge present is running around a maze of ladders and ledges to put out the fire before it reignites. Benard added a sliding difficulty scale so players can adjust variables such as the water’s strength and the speed of reignition. I think it’s kind of him to accommodate cowardice.

As if the gameplay customization in the main game wasn’t enough, there is also a “kid mode” accessible through the main menu. This mode, according to Deepnight’s website, is aimed for ages 3 and up. It’s a space for kids to play firefighter with most of the controls automated. It’s all pretty colors and saving kittens — removing the mysterious laboratory story that unfolds through flavor text in the main game.

Nuclear Blaze, despite being named like a teenage garage band, is an adorable game. It isn’t particularly punishing and even offers an expedient respawn when you burn alive or electrocute yourself. While the gameplay isn’t very interesting beyond the semi-realistic inclusion of backdrafts when opening doors, it is a blast to play.