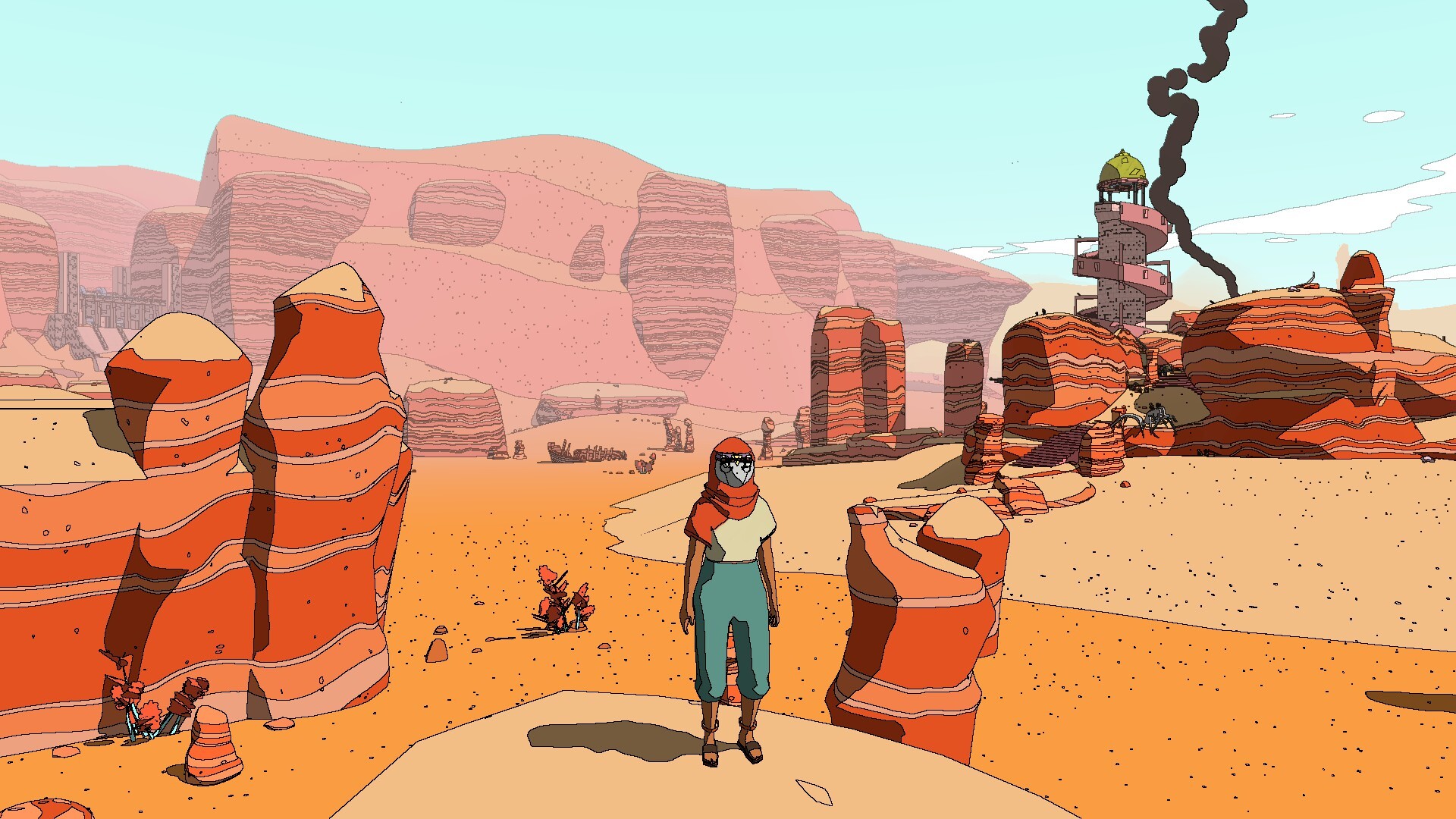 Sable, the player character as well as the title of the Sept. 23 release, is a young woman who ventures away from her nomadic clan when the time comes for her “Gliding” — a time when adolescents explore the world to decide how they want to spend their life. This sounds like a college simulator, but instead of going to class, Sable rides a hoverbike across vast stretches of desert and meets new and diverse people in the world that unfolds around her.

The overarching goal is to collect three badges from any trade, be it guards, cartographers or merchants, and exchange them for a mask. Once Sable has a mask, she can choose to enter that profession.

Everyone in the Sable world wears a mask associated with their role in society — which could be either a powerful metaphor or a way for Shedworks, the two-person developer studio, to get out of designing and animating faces.

One aspect of Sable that may be surprising is the complete lack of combat. That is usually where exploration and role-playing games get their stakes, we become invested in the character and want them to survive, not to mention the thrill benefit.

[Review: Deathloop has little innovation and lots of repetition]

In Sable, the stakes are in the story. I don’t want Sable to defeat big monsters or challenge a group of bandits. I just want to make the right decisions for her and help her lead a fulfilling life. The threat of making a bad call, especially because there is no option to load a previous save, far outweighs that of respawning a fighter.

A city in the wasteland, “Eccria,” is home to a detective quest where Sable must find out who disabled the city’s power grid. This isn’t Batman: Arkham series detective work, with fancy gadgets telling you the answer before you know the question, the game gives Sable a set of observable clues and has her investigate a list of suspects. Then it is up to you to decide which story is the most plausible.

I accused Hamza, the machinist. I don’t know if I was right, but now he’s in prison. Maybe there is no gravitas from sweaty combat, but I might have locked up an innocent man, and that’s an impressive feeling for a game to induce.

Before accusing him, I customized Sable’s motorbike, since Hamza was the only machinist in town and I assumed he would be unavailable afterward. My assumption was sound, but walls also appeared to block off his workshop. This was the first and only game-breaking inconvenience in the experience, otherwise dotted with considerable, but forgivable jank.

But this time my bike got stuck in the machinist’s workshop. I heard it struggling to get out when Sable called to it. Walking to the next settlement to make it reappear with another machinist made me think that the skeletons scattered in the desert had died of boredom.

Minor visual glitches and unreliable homing bikes aside, Sable is “Game of the Year” material. It is a fresh and passionate story told in beautiful coloring book-like images.