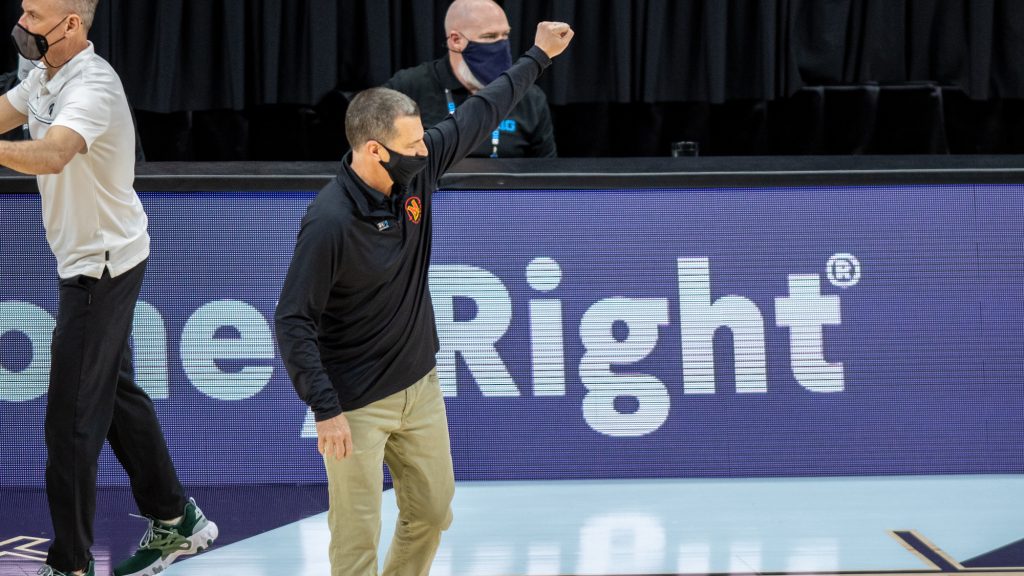 After a productive opening week of basketball, the Terps got the results they wanted. But the victories have not shown effective shooting on their part.

Call it early-season jitters, players not yet in top form — Maryland made ample opportunities for itself to take open shots, but they just didn’t drop.

As the Terps hope to keep their record clean during nonconference play, improving upon their shooting is the next step in getting acclimated to this year’s campaign.

“Basketball is a long season,” Turgeon said on Nov. 13. “When you have six new guys that have never played at Maryland, it’s a big deal. Now, we’ve got some guys that have played here … So it’s an adjustment to them shooting the ball.”

Maryland has struggled with shooting the past two games against Vermont and George Washington, going .367 and .375 from the field, respectively.

It’s just the third time the Terps shot below .400 in back-to-back games since the 2017-18 season. The other two times were from a three-game stretch in December 2019, where Turgeon’s squad shot .333 against Illinois, .333 versus Penn State and .269 against Seton Hall.

In those three matchups, Maryland managed just one win — being the beneficiary of a clutch free throw from Anthony Cowan to beat the Fighting Illini.

Shooting below the .400 mark has caused issues for the Terps in the win column. Since the 2017-18 season, Maryland has shot below that threshold 28 times and won just 10 of those games.

This year any shooting problems — while less than ideal for a top-25 team — have not been detrimental through three games. The Terps are still undefeated. And they owe it to their defense.

Turgeon said Maryland only focused on its defensive strategy going into the game against the Catamounts. With a focus on stopping Vermont’s offense and its top scorers in Ben Shungu and Isaiah Powell, offensive preparation was brushed aside.

It ended up being the defensive presence to sink the Catamounts, as the Terps locked down in the final 10 minutes of play, allowing only 11 points. Shooting woes didn’t stop Maryland’s defense from winning two contentious matchups during the week.

“If we can’t score, they can’t score,” center Qudus Wahab said. “That’s the mentality. We have to stop them from scoring.”

But, with George Mason coming to College Park on Wednesday, Maryland will look to finally get its offense on track to play at the preseason potential placed on the new-look squad.

The Patriots meet the Terps at 3-0 on the season, but have yet to beat Maryland in the nine-game all-time series between the two.

“We’re gonna be really challenged [by George Mason] because they pressure the ball, really get after you,” Turgeon said.

While Turgeon said the Terps placed emphasis again on the defensive end once again in preparation — primarily in playing strong defense in transition due to the Patriots’ driving ability — they’re still hoping their shooting picks up in good time as the schedule gets tougher.

“It’s no concern,” guard Fatts Russell said after the Vermont game. “We’re going to make shots. We’ve got a lot of shot makers on the team. I know coach Turgeon doesn’t have any concerns and we don’t as well … Shots will start falling.”