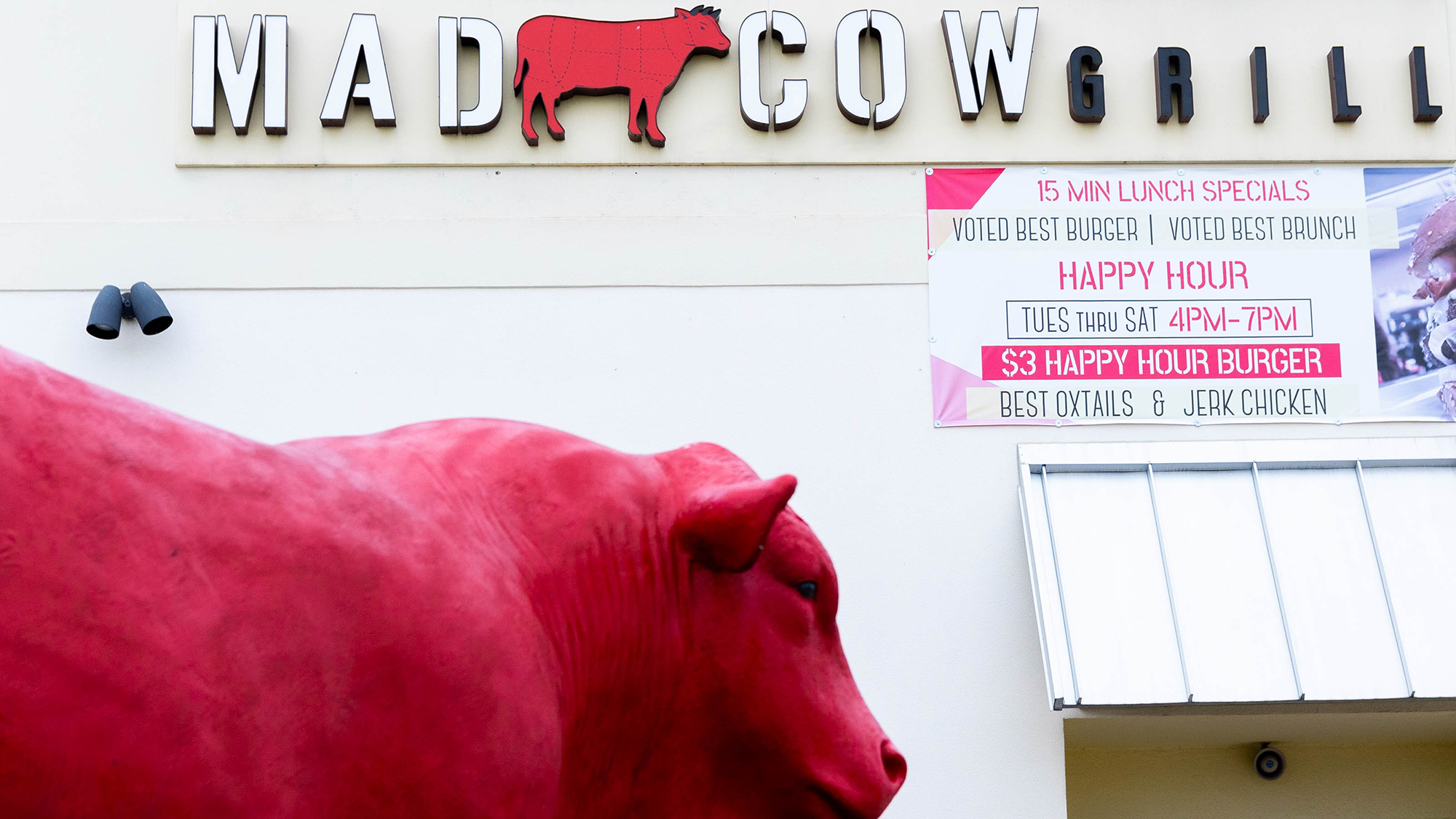 When people walk past the Mad Cow Grill, they might question why someone would name a burger restaurant after a disease found in cows.

That’s the conversation co-owners of the restaurant, Ed Reynoso and Neville Nugent said they want people to have. Reynoso, a Beltsville native, felt that the name Mad Cow was “edgy” and could be used as an interesting conversation starter.

“You put a little controversy to it and people become curious and it kind of paid off for us,” Reynoso said.

The Mad Cow Grill is a restaurant with locations in Laurel and Brandywine that serves American food with a fusion of Jamaican cuisine, specializing in burgers. But they serve other authentic dishes as well. The restaurant also has homemade Jamaican dishes such as jerk chicken and curried goat.

The restaurant environment is another way the eatery tries to set itself apart from others.

“We do [the menu] from scratch and we do a restaurant that has high energy,” Reynoso said. “Music is a little louder than most restaurants. We have a lot of outdoor dining and, we just, we try and make it fun.”

Nugent is the inspiration behind Jamaican food because of his Jamaican heritage. Cooking was a family tradition, as his family owned several restaurants in Jamaica. So, he grew up in the restaurant industry.

While he learned a lot from his father, he worked as an intern chef where he “filled up his love for cooking,” he said.

Nugent moved from Jamaica to Atlanta over 20 years ago and worked as a chef in various restaurants, working under various chefs from around the world — a reason why Nugent has never identified as a Jamaican chef. Eventually, he moved to Washington, D.C., and worked at the Willard Hotel.

After the hotel, he started a catering business and opened up Unforgettable Flavors Cafe in College Park with his wife Sandra Nugent in 2003, where he gained even more experience cooking Jamaican food.

The cafe is also where Nugent met Reynoso, his current co-owner. Nugent knew Reynoso was a chef when he ordered virtually everything on the menu and started talking to him about his restaurant, he said.

“We had a couple of business talks about the future,” Nugent said. “So both of us was on a level where if we come together, it has to be a dynamite.”

They began working together through Nugent’s catering business and had an “amazing” first event, Nugent said.

Nugent and Reynoso discussed coming together for a bigger and better project. And, thus, the pair opened up the Mad Cow Grill together after deliberating on the name. At first, the work was difficult since they were the only two working, cooking and handling the customers, Nugent said.

But the restaurant quickly collected amazing customer reviews. Nugent said today, they are constantly getting business and loves to see how far they’ve come.

In addition to providing homemade dishes made from local ingredients, the restaurant gives back to the community through donation drives, donating to charities and giving discounts to first responders, teachers and firefighters, said Reynoso.

“Our goal was to always make sure that we gave back to the community who helped raise us,” he said.

Nugent feels excited when serving his community and serving people with a smile. He said the duo loves what they do and always wants the customer to be happy. And although it can be difficult to work in the restaurant industry, Reynoso enjoys working with different people and seeing them become chefs or move up in the industry, he said.

“That’s always rewarding to me, seeing somebody be successful after they got through and work with me for a couple of years,” he said.

Denise China-Johnson has been a returning customer at the Mad Cow Grill for multiple birthday parties. Nugent and Reynoso are very personable and make sure everybody is enjoying their food and service. She calls the restaurant a big “Mad Cow Family.”

“If you give them a suggestion, they usually consider it … anything for the customer,” she said. “So I’m a happy customer.”