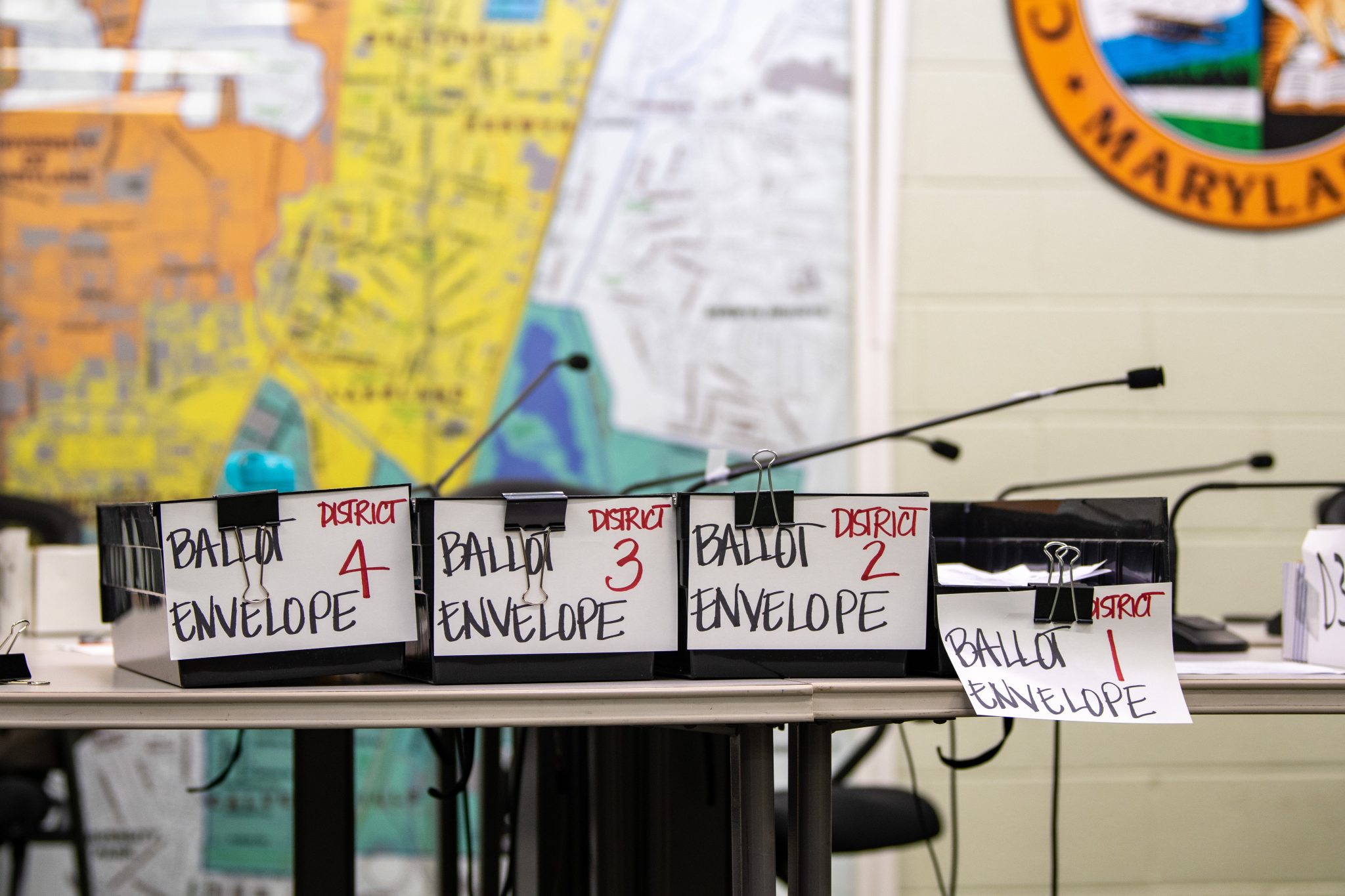 Adams, an engineer, received 35 more votes than Day and will join incumbent council member John Rigg on the city council. Rigg earned the most votes out of all District 3 candidates, receiving 377 votes.

The city released the final results of the election Wednesday afternoon, three days after residents voted in person at the College Park Community Center.

Adams believes voters related to his passion for local issues.

“I’m not afraid to speak up,” the new council member said. “I think some of my suggestions and ideas and different actions I’ve taken as a resident of College Park resonated with them.”

Some voters at the polls on Sunday, including District 3 resident Sally Wood, said Adams represented a new era in College Park. Wood said she voted for Adams.

“I feel like [the council] as a machine, they don’t get stuff done,” Wood said at the polls.

Day’s loss represented the only incumbent to lose in this year’s elections. Day said the city has made progress in the last few years that he hopes will continue.

“I think we have some great things that have been started and those things are going to carry on,” Day said. “So, I hope the council stays focused and keeps the momentum going forward.”

After over 22 years of serving College Park — 12 years on city boards and commissions and 10 years on the council — Day said he’s looking at the change in a positive light. He still hopes to help “address some of the issues that are still out there.”

“At this point, now, I’m just just sitting back, thinking about how I’m going to enjoy my time back home with my family and do things for myself,” Day said. “It has been an absolute joy to work for the people of College Park.”

[Here are the preliminary results for College Park’s elections]

Esters received 170 votes and Whitney received 164 votes. Robert Catlin, a District 2 challenger and former council member who served from 1997 to 2013, received 107 votes. Esters and Catlin were not immediately available for comment.

Whitney said she’s excited to join the council. She already plans to read through the city code and take a training class about Maryland’s Open Meetings Act, she said.

Whitney was treasurer for Esters’ special election campaign in 2020, and she said she’s excited to work alongside the council member.

“I’m preparing to be ready to serve and hit the ground running,” Whitney said.

District 2 voter Christine Winderlin said she voted for Whitney on Election Day, citing her background in public service and motherhood.

Here are the results in the other races, which went uncontested.

Mayor Patrick Wojahn received 1,312 votes and will serve his fourth term as mayor. He ran unopposed for the first time since he became mayor in 2015.

“[I’m] feeling great,” Wojahn said. “There’s a lot that we still have left to do to come out of this pandemic strong.”

Wojahn wants to hit the ground running in his next term in continuing work on affordable housing issues, establishing the Lakeland restorative justice commission, and allocating American Rescue Plan funds to local businesses.

“One thing that I really want to dig into is making sure that we provide the support for our local businesses to thrive and grow and survive in the city,” he said. “I think coming out of the pandemic is especially challenging, and I want to make sure that we pursue diverse and equitable economic growth.”

District 1 Resident Ethan Halpern has lived in College Park for 30 years, staying in the area after he graduated from the University of Maryland. Though the election in his district was uncontested, he still cast a vote for Wojahn and the District 1 candidates.

“It’s a constitutional responsibility,” he said at the polls Sunday. “Even though they’ll win, whether nobody votes for them or not, it’s still my responsibility to come out and cast that vote.”

Kabir received the most votes of any individual council candidate, and District 1 voter turnout was also the highest. He took off work for the week leading up to the election to knock on doors, he said.

Kabir is looking forward to continuing the work he’s done revitalizing College Park with the Hollywood Commercial District, Hollywood Streetscape and Duvall Field. He’s also excited to get to work with his new colleagues.

“I am actually excited that we have some changes, and it’s good for residents that they want to see changes in the council,” Kabir said.

Kennedy is looking forward to having a majority-female council. In her third term, she hopes to continue her work on affordable housing and protecting the tree canopy.

“Last term was dominated by coronavirus,” she said. “So I think it’s only up from here.”

Mackie said her uncontested run gave her the opportunity to understand issues important to voters. She will prioritize having safer rental properties and evaluating scooters in College Park, she said. Mitchell was not immediately available for comment.

The council must take action to limit the number of tenants in a single rental property and get landlords to help with upkeep “so that they’re not a blight on College Park,” Mackie said.

Mitigating stormwater runoff and addressing restorative justice in the Lakeland community are two other issues Mackie is looking forward to tackling with this new council.

Day and Dennis provided wisdom to the council, Mackie said, but it will be nice to have “fresh blood.”