Here are the preliminary results for College Park’s elections 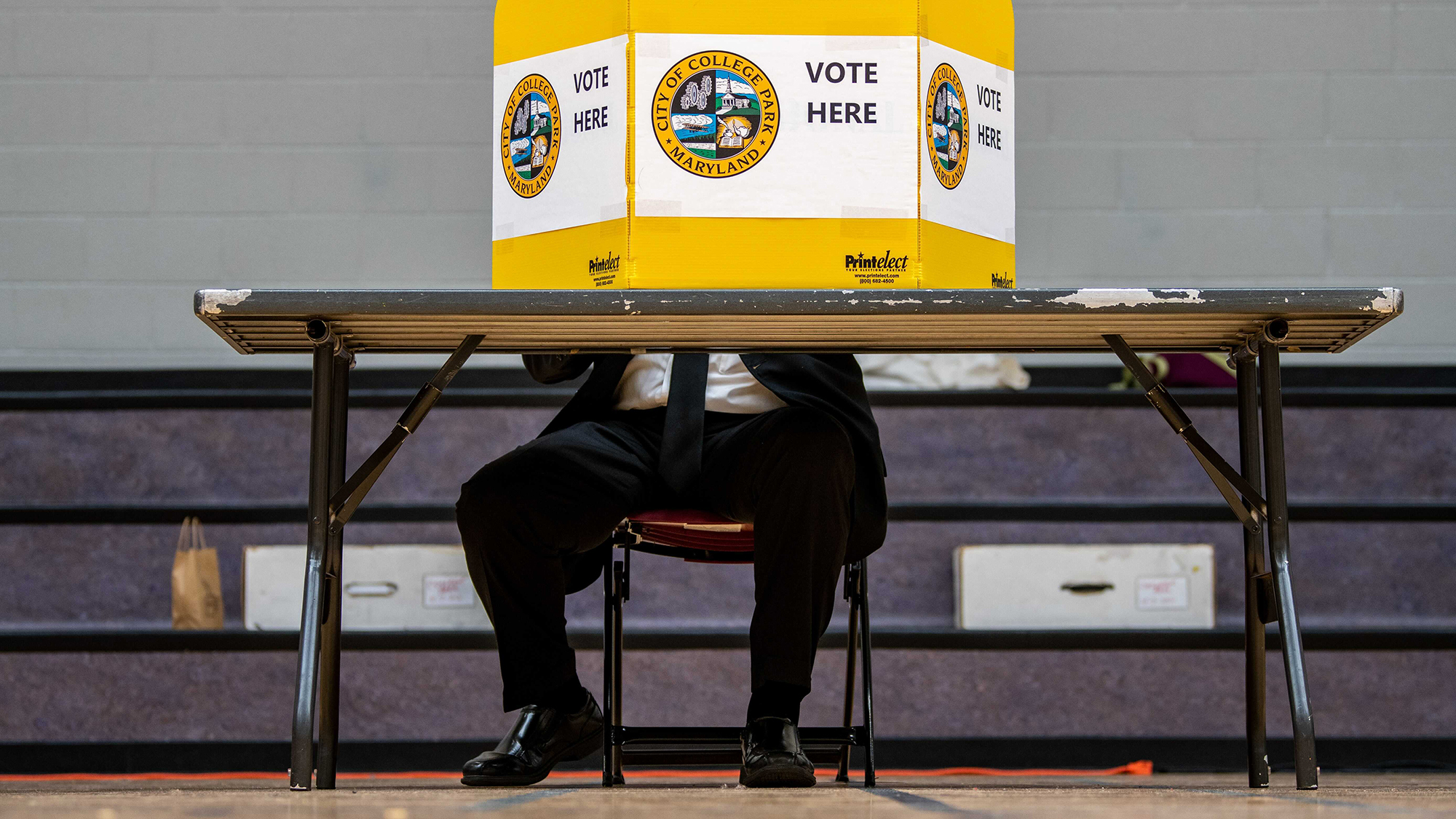 A voter fills out their ballot in the College Park Community Center on Nov. 7, 2021. (Joe Ryan/The Diamondback)

The numbers were based only on ballots cast in-person at the city’s community center on Sunday. The board has yet to factor in ballots the city mailed out to residents — city clerk Janeen Miller said there were 1,083 — and provisional votes.

Incumbent Mayor Patrick Wojahn is running for his fourth term. Out of 685 votes cast in person on Sunday, Wojahn received 575 votes. He has secured another term.

Denise Mitchell and Maria Mackie have secured their city council seats for the next term in the uncontested District 4 election. Mitchell received 75 votes Sunday, and Mackie received 72.