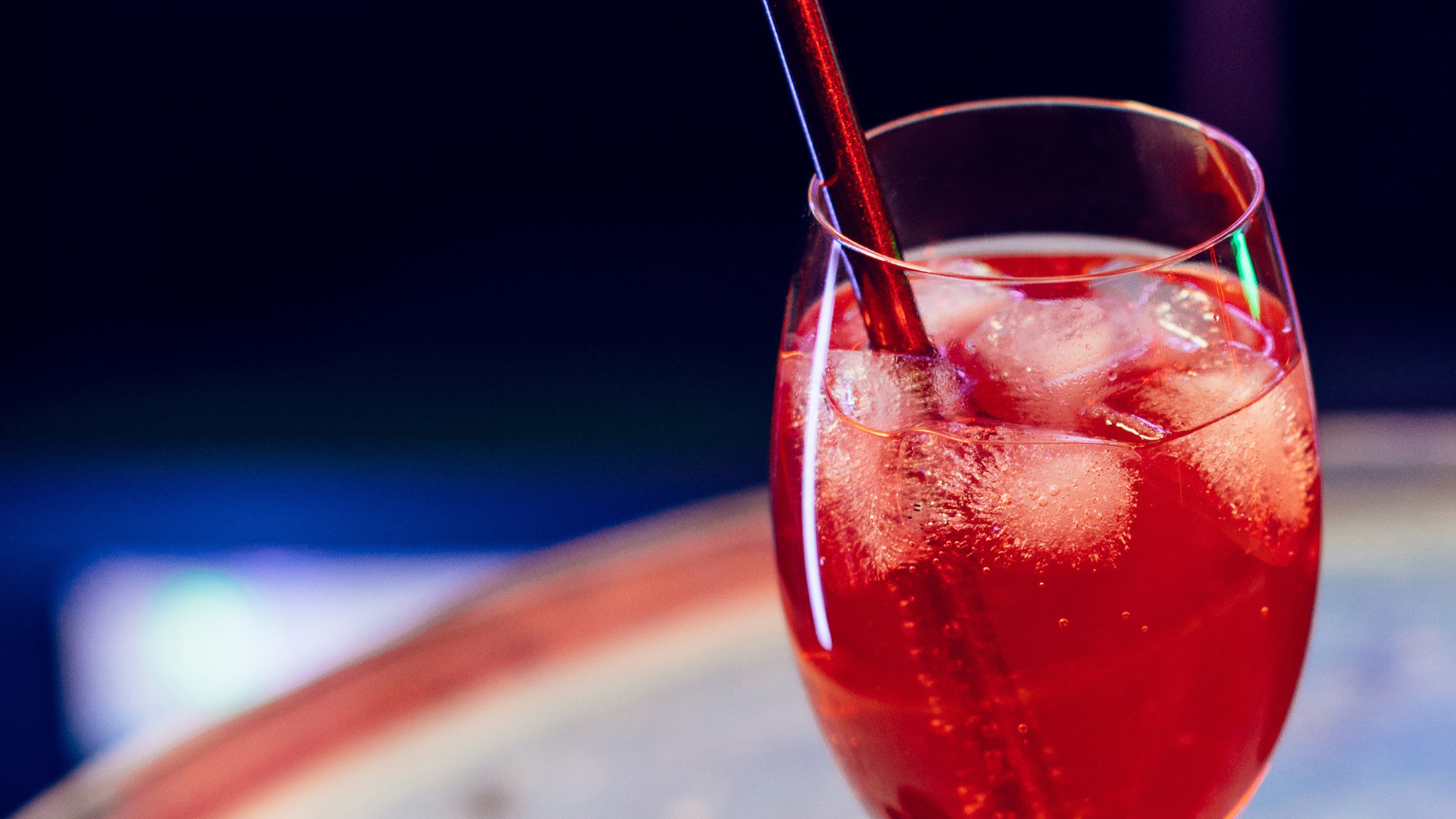 It takes three ingredients to make a Shirley Temple: Sprite (or Sierra Mist), grenadine and maraschino cherries. This simple mocktail has garnered prestige among children as the pinnacle of sophistication.

Although it has a juvenile reputation, college students have a cult-like admiration for the drink. From people on TikTok professing their love for the beverage to “unshirleying your temple,” it’s clear the drink has a following beyond its younger audience.

The popularity of the drink is so real that when I took to social media to scavenge sources, I was met with countless Instagram and Twitter DMs of people proclaiming how much they love the drink.

As someone who is not a huge fan of Shirley Temples, or soda in general, I always wondered why so many college students adore the beverage. So, I made it my mission to understand that passion.

The origin of a Shirley Temple is somewhat muddy. The drink was created by a bartender in Hollywood in the 1930s after the child star Shirley Temple was whining because her parents were drinking old fashioneds, according to Time magazine. To attempt to recreate a similar drink, the waitstaff created the Shirley Temple and included the maraschino cherry to mimic the drink.

Temple’s desire to be included in her parents’ drinking has stuck with the beverage into the modern era.

“If you’re a kid and you want to feel like an adult because you got a cocktail, you would order [a Shirley Temple],” said sophomore music major Gem Miller.

Miller’s earliest memory of the beverage goes back to when they were at an “old person restaurant” as a kid with their cousins, and all of their cousins were ordering Shirley Temples.

“You’re never going to believe what we’re going to show you,” Miller’s cousins said. The cousins claimed the drink would change Miller’s life forever — and it did.

Similar to Miller, Kaleigh Flood, a sophomore enrolled in letters and sciences, was introduced to the drink by her cousins when she was about 6 years old.

“It was extremely regal,” Flood said. “I thought they were the peak of fine dining.”

But not everyone holds the drink in such high regard.

Junior marketing major Briana DeRosa doesn’t give into the hype around the drink.

“I don’t really like super sweet drinks in general, and also the name of it was a little bit odd,” she said.

DeRosa’s earliest memory of the drink is only from about a year ago when her roommates made her try it. What deters her from the drink is what others think is one of its biggest appeals: the flavor.

“I really just don’t like the taste of cherry … normal, real cherries are fine. But artificial cherry flavoring reminds me of medicine. And that mixed with the added sweetness gave me a terrible experience,” she said.

Senior marketing major Jetta Chen partially attributes the popularity of the drink to its sweetness.

“I think [it’s popular] because it’s sweet, and it’s something you wouldn’t really make at home,” she said.

Chen and DeRosa are roommates, and it was Chen who gave DeRosa her first Shirley Temple.

Miller also sees the sugary appeal, especially for those who choose to drink a “Dirty Shirley,” a Shirley Temple mixed with liquor. While you may find a Dirty Shirley in the hands of someone trying to mask the flavor of alcohol, a regular Shirley Temple can help fill the space of someone who wants to just hold a drink when dragged to a bar.

While the flavor plays a role to some, others enjoy it for a taste of nostalgia.

“I’m a very nostalgic person, so being able to get something that I loved as a kid is really nice,” Flood said.

While the beverage is a fan favorite among consumers, some service industry workers aren’t particularly too fond of them.

Shilo Peers, a University of Maryland alumna, wrote to me about her feelings on Shirley Temples via Instagram: “As a former server I felt the need to speak on this issue. If you order Shirley Temples you can literally go die.”

She added onto her statement, “grow up.”

[Trader Joe’s has a grip on college grocery shoppers]

Peers’ sentiment seems to ring true among other service industry workers. MacKenzie Martin, a senior psychology major, works as a server in a restaurant. Although she likes Shirley Temples herself, they have become “tainted” due to the nature of her job.

“If I’m busy at work and one person orders a Shirley Temple and there’s other kids at the table, especially if they’re teenagers, they’re all going to want them,” she said. “You have to get the Sprite or Sierra Mist and then you have to find the grenadine to pour it in, and everyone likes a different ratio and then you have to go back into a freezer or to the bar and get a bunch of maraschino cherries, which are sticky and annoying.”

There is no one answer to why college students love Shirley Temples so much. There’s no way to answer why anyone enjoys them at any stage in life. The drink has solidified itself as a cultural staple and will continue to be loved by the masses.

“I don’t believe in food or drink shaming, so I have no issues with people who are older ordering them,” Martin said.

So no matter how young or old you are, enjoy your Shirley Temple — and be patient with your waiters.