Trader Joe’s has a grip on college grocery shoppers 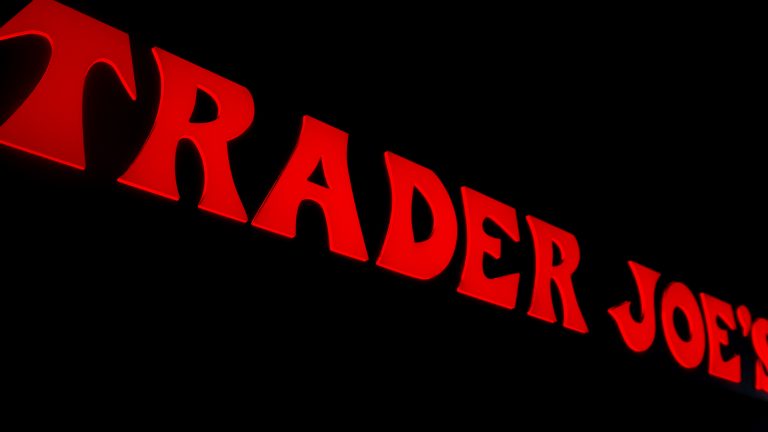 Going to the grocery store can be seen as a mundane task that we just have to do. Whether it’s Giant, Lidl, Safeway or Whole Foods, everyone has their go-to store.

Yet, one grocery store takes a step beyond the basic food shopping experience and has cultivated a fanbase beyond imagination. I’m, of course, talking about Trader Joe’s.

The grocery store chain was founded in 1967 and has over 500 locations across the United States. It started in California and has since become a nationally recognized brand. Trader Joe’s has developed a devout following with fan-made blogs dedicated to reviewing items, Facebook groups for meal inspiration and even a podcast created by the company itself.

“They really left it to their fans and their customers to sort of build that community itself,” senior international business and supply chain management major Rebecca Ryan said.

Ryan has been a fan of Trader Joe’s for a while, and her favorite items are the soup dumplings and buffalo chicken dip.

The Trader Joe’s mission statement is quite simple. On their website, they discuss wanting to create a “rewarding, eventful and fun” shopping experience for the consumer. They don’t have all the bells and whistles of other grocery stores such as self checkout, coupons, sales and membership programs.

“Even when employees need each other, they don’t have overhead speakers, they just will ring a bell,” Ryan said.

The community created in the stores is even felt among employees.

“It’s really an awesome place to work because … everyone is really as nice as they come off,”  junior physiology and neurobiology major Molly Scatenato said.

Scatenato started working at her local Trader Joe’s in the midst of the COVID-19 lockdowns as she needed a job and had always wanted to work there. Her favorite Trader Joe’s items are the southwestern salad and the dark chocolate covered pretzel slims. And the Trader Joe’s community is something Scatenato sees in and outside of work.

“There’s events that all the employees do, and we actually meet up with other stores,” she said. “The store in my town put on a kickball game against the store in another town.”

And this community is seen across multiple locations. Sophomore English major Carey Cameron used to work at a Trader Joe’s and still keeps in touch with some of her co-workers.

“I’m actually … going to a concert with one of them later,” she said, adding that her favorite items are the restaurant style tortilla chips and the crispy peanut butter filled milk chocolate peanuts.

But why exactly is Trader Joe’s so popular? Besides its community, what makes it so special? One major reason is the frozen section, which features all types of items. From scallion pancakes and orange chicken to cauliflower gnocchi and samosas, if you can think of an item, it’s probably in their freezer section.

“The frozen food is so cheap, like frozen fruit there is so much cheaper than it is at Giant,” Cameron said.

Coming to college and having to cook for yourself can be a hard adjustment for some.

“Considering where my friends were at, I wasn’t completely clueless with cooking,” Ryan said.

The frozen section offers lots of quick and easy meals for inexperienced cooks. People also love Trader Joe’s for the great price point. On their website, they pride themselves in offering a fair price point for their products.

How are they able to do that? Almost all of their inventory is Trader Joe’s original products. While not all items are labeled by Trader Joe’s, they say on their website that they do their best to make all products as cheap as they can.

While it may just be a grocery store, Trader Joe’s means a lot to a lot of people. Next time you’re preparing for your weekly shop, go and check out what Joe has to offer you. You might just find your new favorite item.