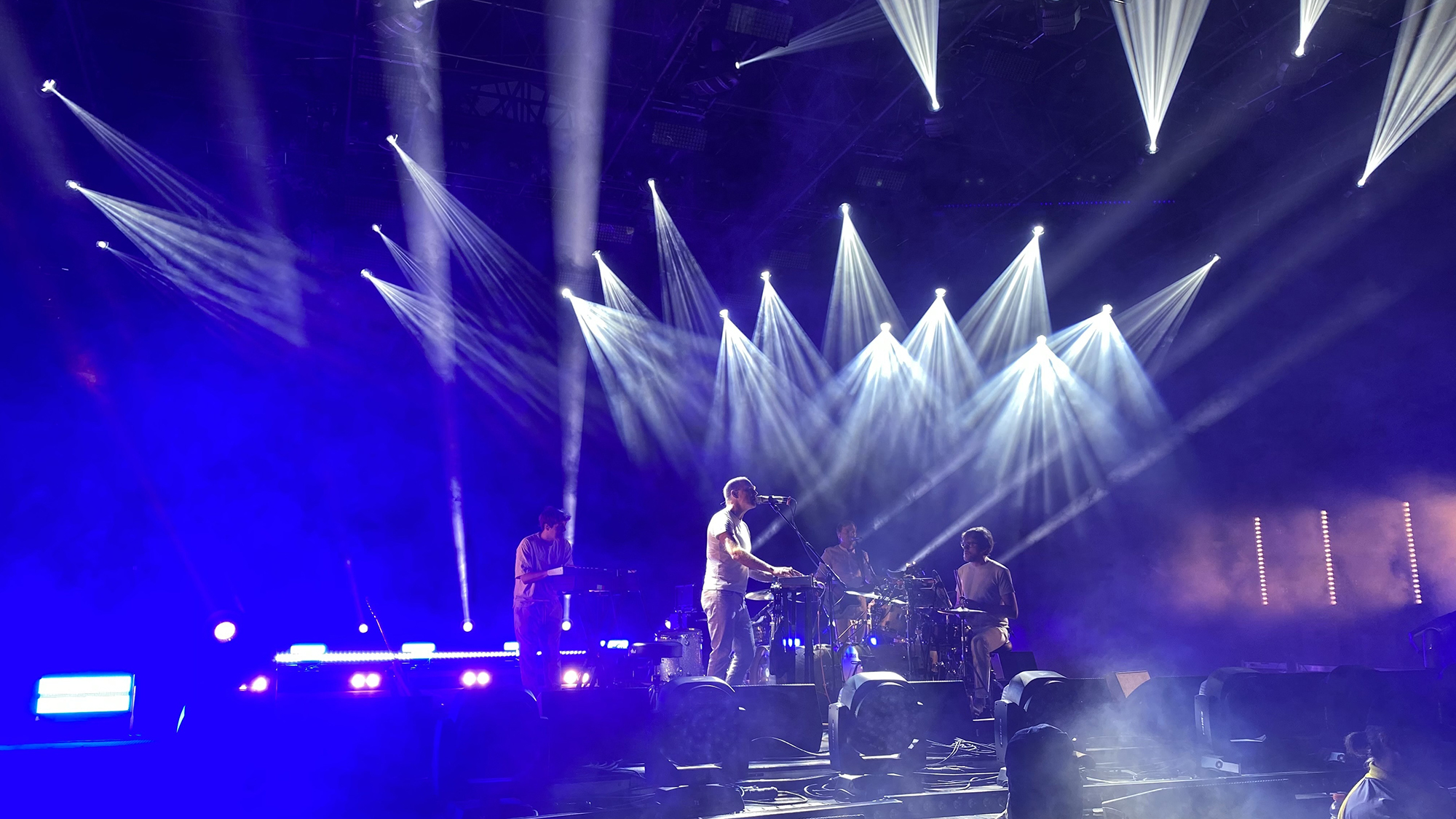 This past weekend, about 90 miles away from College Park, thousands voyaged through tall gates to a new world so similar and yet so different from Earth. Arriving in Dover, Delaware, I joined other visitors as we took a shuttle bus through great fields and tall trees before finally arriving at the Woodlands, a place unlike anywhere else. Sequestered away from the rest of urban life, the forested green was transformed into a mythical land for the 2021 Firefly Music Festival.

Here, bright painted structures burst from the trees, glow sticks fall like shooting stars, pulsating tubes of light jump from the ground and the air practically sparkles as glittering figures frolic about. People dress to stand out, with glistening stars, vibrant colors and costumes adorning most of the congregation. It’s the same sun above us — but in the Woodlands, it shines just a little differently.

Firefly boasted seven stages, and I managed to get to each one of them over my 10-hour visit Saturday. I entered from the south, near The Nest stage — a treehouse hidden among the trees, in which different DJs played and mixed dance music continuously throughout the entire day.

Remi Wolf played on a different stage and was a wonder to watch. Her unique vocals lent well to the live setting, and she added some extra flair to some of her tracks — her singing shined exceptionally during “Disco Man,” and the band put a rock ’n roll spin on “Quiet On Set.”

Binki, who only has eight songs on Spotify, demonstrated his potential at a smaller, shaded stage beneath the tall trees. He performed with an uncommon vivacity and personality, staying committed to the studio versions of tracks like “Sea Sick.”

Then, at the Pavilion, electronic artist and psychedelic rock mogul Caribou delivered a face-melting set. His trippy light show matched his music perfectly, and he went on to perform brilliant extended versions of some of his recent hits like “Never Come Back,” “Home” and “You Can Do It.” His stage featured two drum kits, in which he battled with one of his band members to produce some of the most rhythmically interesting music I’ve ever heard.

Dominic Fike was another excellent performance with a palpable stage presence that helped merge some of his disparate sounding songs together. Not to mention, he was pretty funny. He poked fun at the rural state of Delaware, but was still happy to be in front of such a crowd.

“I love it here man. I have to come back to Delaware, trip ass and eat some corn with y’all,” Fike said to the audience before jumping into “3 Nights.”

Another fantastic show was Glass Animals, whose frontman, Dave Bayley, played on even with a bleeding nose. They smashed all of their hits and between songs, Bayley would look out over the crowd with the biggest grin on his face, seemingly stupefied by the number of fans. Then, as a complete surprise, the band brought out rapper Denzel Curry to perform the remix of “Tokyo Drifting” live for the first time ever, sending the field into an uproar.

Finally — the apotheosis of the day. Tame Impala slipped onto the main stage as a fake, trippy pharmaceutical commercial promoted the drug “Rushium” on the screen.

The group opened with “One More Year,” and what followed was one of the most entertaining shows I’ve ever seen. Each jumbotron melted with psychedelia while Kevin Parker and his crew played an outstanding set from across his four studio albums. While he played his most popular songs, he also worked in some lesser known tracks such as “Nangs” and “SKELETONS,” a song Parker produced for Travis Scott.

Just when I thought it couldn’t get any cooler, it did. Lasers sprang from behind the crowd, firing onto the stage and illuminating the fog over our heads. A gigantic halo of light surrounded the band and enveloped them. Then, the halo turned and faced us, spinning rainbows while “Gossip” played.

Tame Impala finished the visually extravagant performance with a double encore of “The Less I Know The Better” and “New Person, Same Old Mistakes.” Confetti fired into the laser-filled fog, and the band walked off having secured my unwavering certainty of their genius.

It seemed as though the artists were determined to make their mark on the enormous crowds at each stage, and they mostly succeeded. Every performance I saw over the entirety of the day was spectacular. There was so much more to this festival — including performances from other artists like Roddy Ricch and SHAED, a market full of vendors and endless food stalls — that I could write another full essay about how much fun it was to be at the Woodlands. Despite the overpriced food, Firefly simply blew me away at every turn with its strange ability to bring out the best of artists and fans.