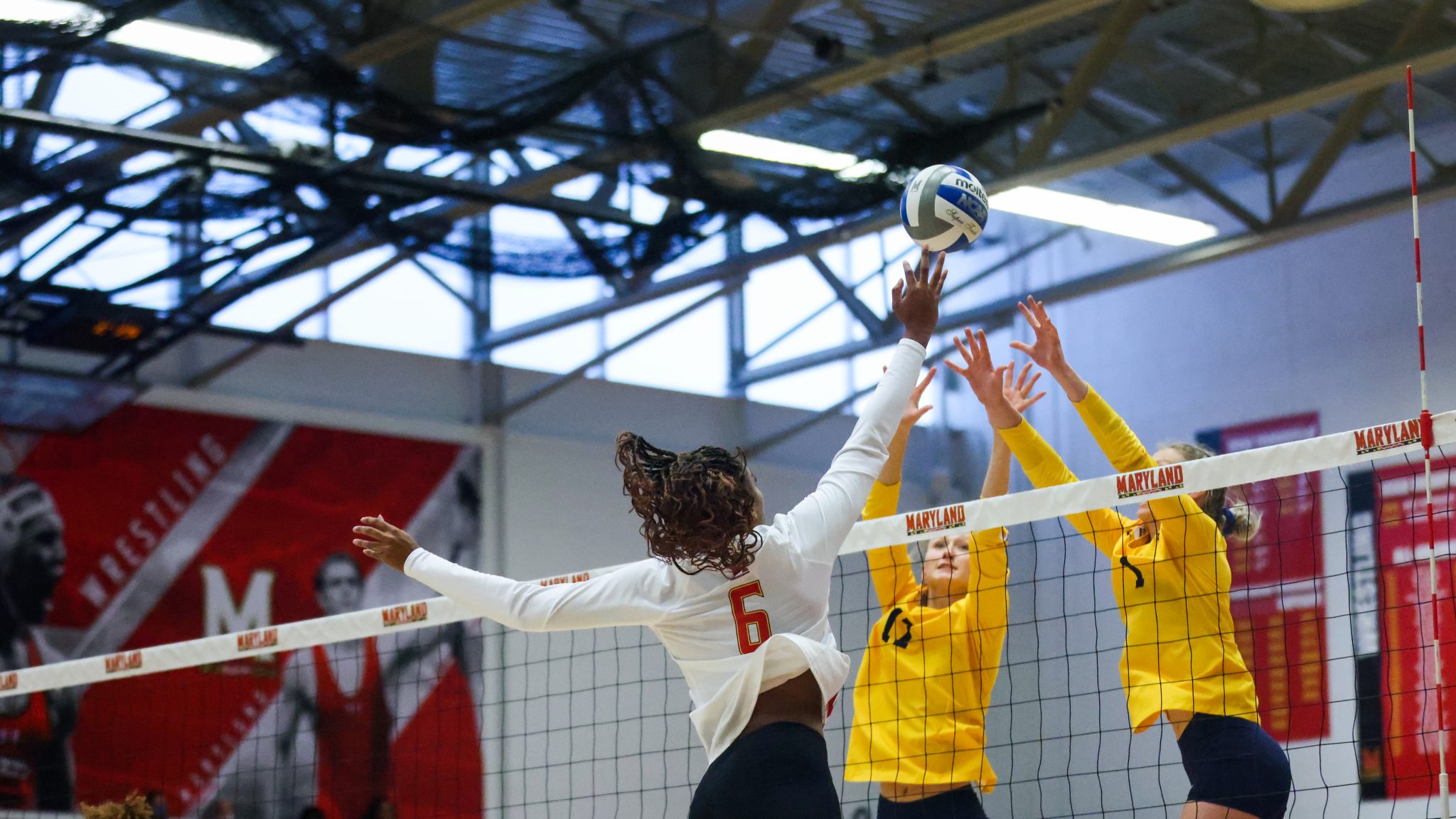 After a spinning Michigan dig was popped softly over the net, Laila Ricks prepared to meet the ball at its summit. With the match hanging in the balance, Ricks leapt at the net in hopes of tipping the ball past an awaiting blocker.

But the ball slipped through her outstretched arms, falling harmlessly to the hardwood.

“[Michigan] did a good job chopping, rolling and getting high hands, kind of frustrating our defense a little bit,” coach Adam Hughes said. “I thought we didn’t do a good job as a staff just making those adjustments.”

The Terps opened their Sunday matinee at a sluggish pace, as back-to-back Sam Csire attack errors on the first two points of the match gifted the Wolverines an early advantage.

Hughes’ squad — fresh off of a 3-1 defeat to Purdue on Friday — struggled to find its rhythm in the opening frame as Michigan’s block patrolled the net.

The Wolverines took full advantage of the Terps’ floundering offense in the opening set.

Finishing with a dazzling .280 hitting percentage, the outside hitter duo of Paige Jones and Jess Mruzik gave Maryland fits in a lopsided 25-13 victory. Michigan committed just one attack error, combing through the Terps’ defense with a litany of kills and service aces en route to a 1-0 advantage.

“I felt like we were flat,” Hughes said. “And that’s on me, I gotta find a better way to get us going from the jump.”

Maryland would quickly find its footing in the second set.

Csire, the Terps’ workhorse from the outside hitter position, kickstarted Maryland’s attack early. After failing to record a kill in the opening frame, Csire gashed the Wolverines with six spikes in the subsequent set to apply pressure.

While the second set proved more competitive than the first, Maryland wasn’t able to slow a Michigan offense that had already found its groove.

Jones continued to sizzle from the outside, notching six more spikes in the second set. After a Csire spike trimmed the Wolverines’ advantage to just three midway through the frame, coach Mark Rosen’s squad rattled off nine of the final 10 points of the second set for a comfortable 25-14 win.

It was a dominant set victory that sent the Terps jogging to their locker room to talk things over in a two-set hole.

“[Hughes] came from the heart,” middle blocker Rainelle Jones said of her squad’s meeting between sets. “We have to accept it and play the next set, and we did that. I feel like a lot of us had a lot more drive, a lot more, I guess communication [on] the court.”

Hughes’ squad emerged with a renewed sense of urgency, as two quick kills from outside hitters Csire and Paula Neciporuka helped open a 4-1 third-set advantage.

Maryland’s reinvigorated offense began finding the holes in Michigan’s block, racing out to a five-point advantage, in hopes of avoiding its first home sweep of the season.

However, the Wolverines’ effective offensive play was too much for the Terps to handle.

After allowing a 7-2 Michigan run midway through the frame, a controversial call knotted the back-and-forth third set at 17 apiece.

Maryland put up a strong fight, but the Wolverines were undeniable. Michigan rattled off the next three points and kept the Terps at a distance until securing the sweep on the deciding kill from Hannah Grant.

“Sometimes the fundamentals get the best of us,” Hughes said. “We’re gonna have to get back to just our basics.” 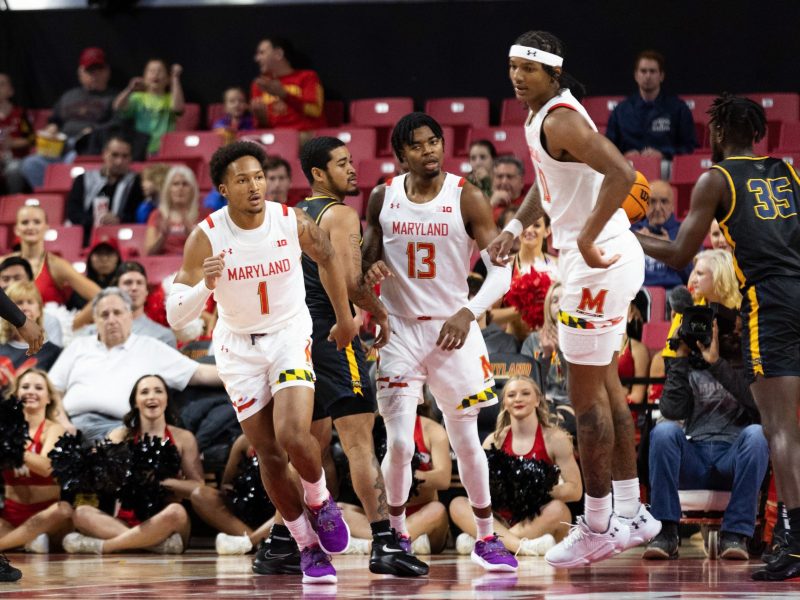 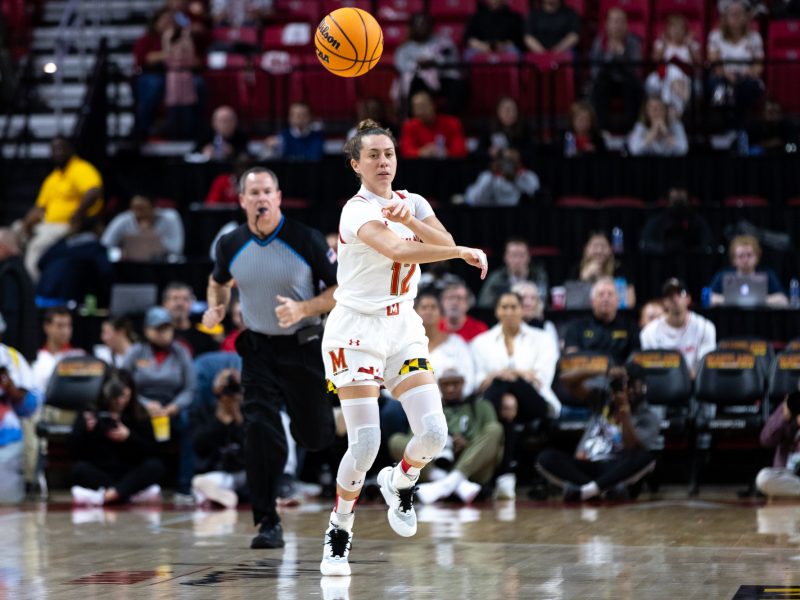