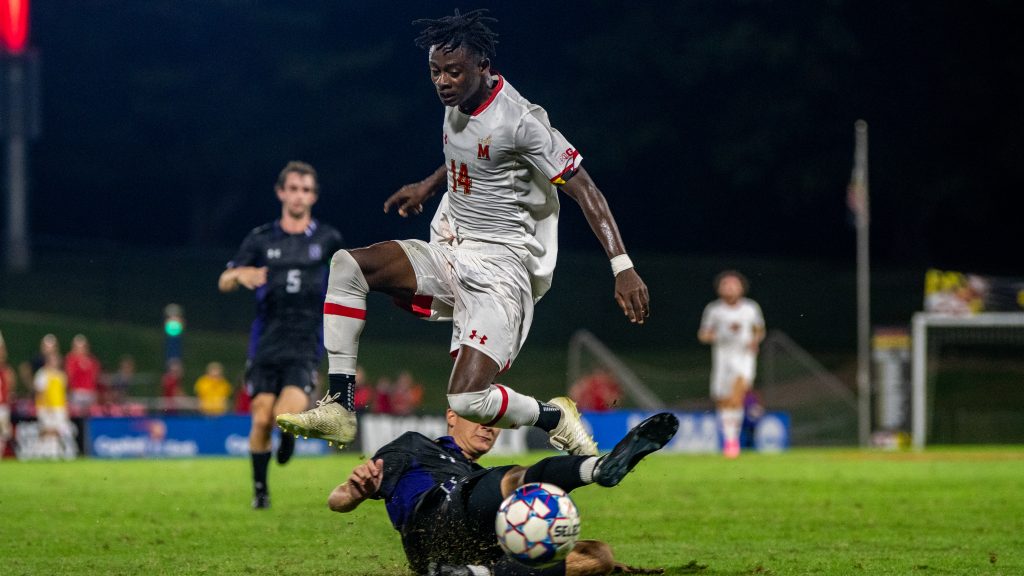 When the final whistle sounded on Oct. 8 with Maryland men’s soccer triumphant, coaches Sasho Cirovski and Russell Payne wore their emotions on their sleeves. That matchup meant more than what was on the pitch for both coaches, regardless of whether Northwestern had captured victory.

But with the regular season in the rearview mirror, the postseason is at the forefront. Appropriately, Payne’s first postseason matchup as a Big Ten coach is against the Terps.

Emotions may have dominated the storylines in and around the pitch in Maryland’s 3-1 victory, but things have changed. With the severity and paramount nature of postseason play, it’s all business now.

“We played already a month ago, so it’s not a big deal,” Cirovski said. “We’re excited to play him again.”

Payne came into the Maryland men’s soccer program when Cirovski did in 1993, and eventually helped the team win its first ACC title in 1996 as a goalkeeper. He then played professionally until 2005 when he took an assistant position with the Terps to coach with Cirovski for several years.

But the emotions have come and left for the moment. It’s about the Big Ten quarterfinals now, and it’s win-or-go-home.

“Again, it’s not me and Russ, this is Maryland-Northwestern,” Cirovski said. “It’s about the players. That first game already happened. This is our quarterfinal matchup between the players.”

And Maryland’s players are flaming hot on offense right now. The Terps have scored 10 goals in their last four games, with midfielder Ben Bender netting four of those.

Bender is one of several underclassmen who lack substantial postseason playing time, but will need to thrive in order for Maryland to capture a Big Ten title.

“The idea was when we got to the postseason that you’re no longer really a freshman, it’s the start of your second season,” Chris Rindov said. “It’s gonna take a little bit of time to learn it for the freshmen … Once that first game goes, it’s gonna be more instincts for everyone.”

Somewhat ironically, the Terps haven’t done well in recent years in the Big Ten tournament despite winning a national championship in 2018. Maryland lost to Indiana on penalty kicks in the semifinals that year and then went on to allowing no goals in the NCAA tournament.

“All I’ve won is a national championship,” Justin Gielen said. “No Big Ten tournament, no regular season [titles], but we’ll just move on from that one. We’ve got three games right here, [we can] turn that around.”

The Hoosiers have been a consistent annoyance in recent years, ending the Terps’ conference postseason for three straight years.

But Maryland will need to beat an old friend to likely face an old foe.

And all things considered, this one doesn’t look to be like a homecoming. It’ll be a dogfight and, as in every postseason match, the winner will take the spoils.

The loser will likely get a hug, a handshake and a ride back home to await the potential chance of an NCAA tournament berth. The Terps will look to be the former.