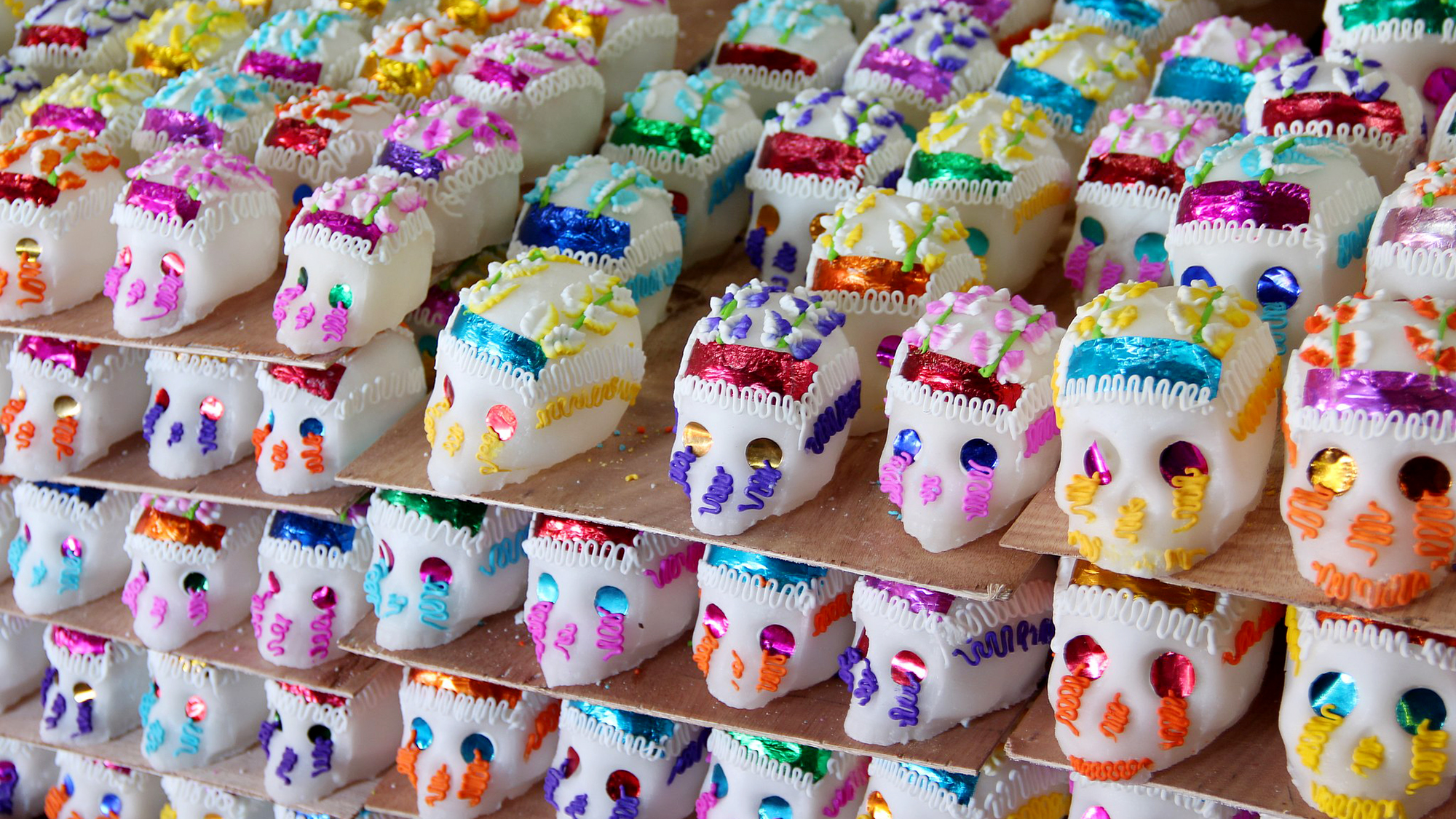 By Jillian Diamond
For The Diamondback

University of Maryland students and teachers gathered in H.J. Patterson Hall on Tuesday to celebrate Día de los Muertos, the Day of the Dead.

The two-day holiday originating from Mexico celebrates the lives of loved ones who have died and serves to honor their memories. The event had a focus on interactivity, with students and staff being able to make their own ceramic calavera skulls and matching masks.

Live traditional music played while attendees munched on food such as pan de muerto, a Mexican sweet bread in the shape of bones.

The center of the event, though, was the ofrenda, an offering to the dead that people could place on an altar. Families usually build these altars in their homes and place baked goods, heirlooms, liquor and other sentimental objects such as pictures of their dead relatives and candles.

“The idea is that the dead are returning and it’s celebratory,” said Ana Patricia Rodríguez, an associate professor in the Department of Spanish and Portuguese and U.S. Latina/o Studies at this university and the event’s organizer. “We’re celebrating life.”

Diana Martínez González, a senior Spanish major and an international student from Mexico, helped with planning the Day of the Dead event because she had never celebrated it in the U.S. before.

“It’s a time of being happy, but also being sad at the same time,” she said. “People remember those who passed away, but also gathering the family [members].”

González had help from senior Monserrat Cano, a criminology and criminal justice major. She helped to organize the food and crafts stations.

“Once I heard this event was going to take place, I felt all types of emotions,” Cano said.

Some attendees have observed Día de los Muertos every year, but for others, the university’s event was their first time celebrating.

Gabriella Booher, a senior kinesiology major, came to honor her grandfather who died in 2020.

“My mom’s from El Salvador,” she said. “So this is closer to her culture than my dad’s side of the family, but it’s really special.”

The celebration takes on a new meaning in 2021, with the continuous COVID-19 pandemic and the hundreds of thousands people having died from the virus. Around this time last year at the height of the pandemic, the Latinx Alumni Network and the Montgomery County Alumni Network held this university’s Day of the Dead celebration online.

Rodríguez says it was more important than ever to hold the event in person this year.

“Many of us have lost loved ones,” she said. “It’s important to … honor those people lost … to COVID and those lost [in] migration.”

With films such as The Book of Life and Coco becoming so popular, Día de los Muertos has enjoyed increased awareness from members of other cultures. But misconceptions have also emerged due to this increase in attention from mainstream media. Rodriguez hopes to better educate people about the holiday.

“The holiday has become very commercialized … people think there is a competition between Halloween and Día de los Muertos,” she said. “Día de los Muertos is not Halloween … It’s about welcoming back our dead and remembering them … We keep the memory going of our deceased.”