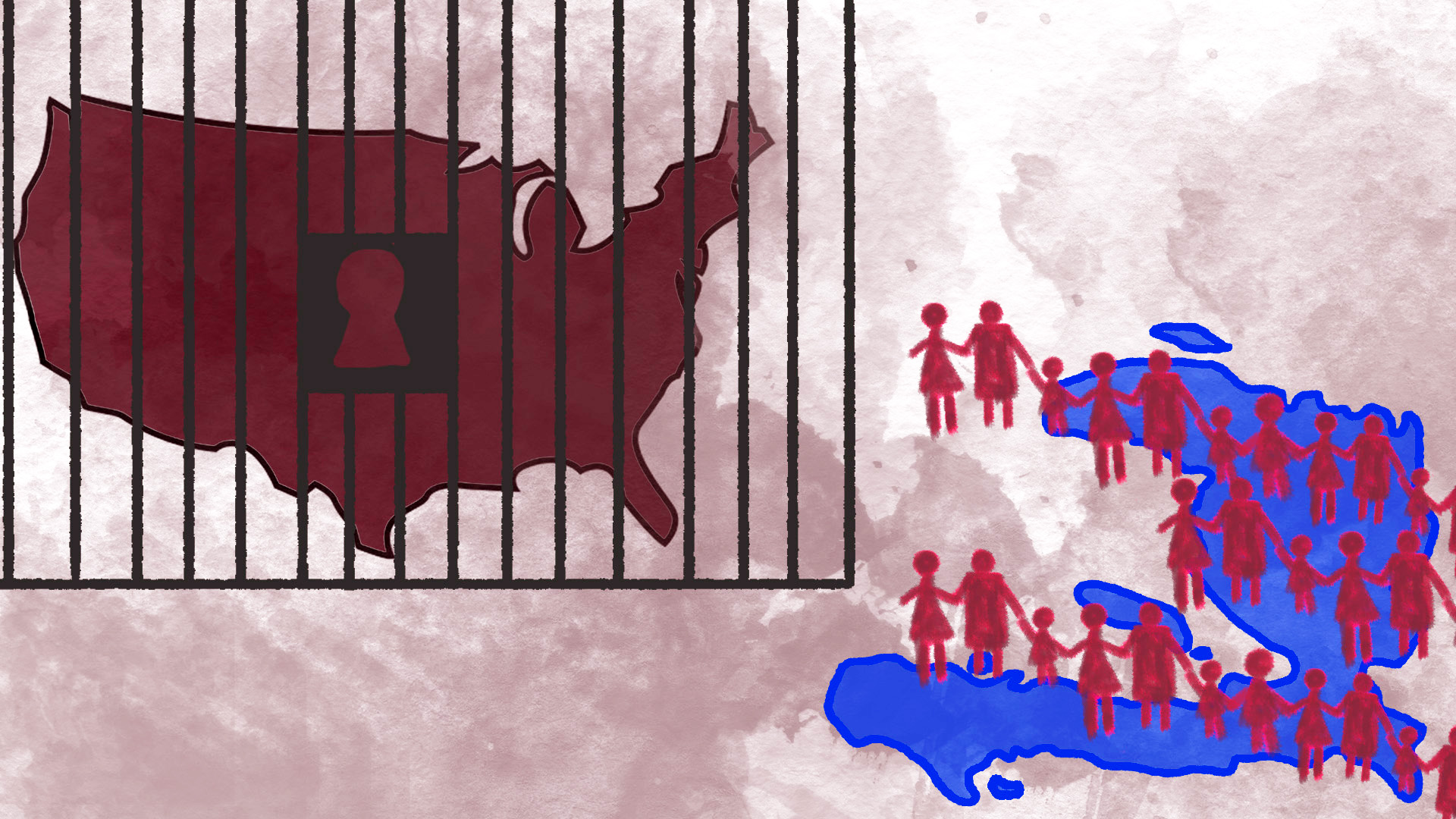 As a child, Nata Assad would take trips to Haiti. It’s where both of her parents are from, and she became close with Haitian culture.

She considers Haiti her home — it has the culture and people she loves most.

That connection has made it even harder for Assad, a junior public health science major at the University of Maryland, to see what Haitians have been experiencing over the past couple of months. After growing civil unrest in the small Caribbean country and a 7.2 earthquake in August, a surplus of migrants have sought asylum and refuge in the United States.

The treatment of the migrants has spurred condemnations from human rights experts and immigrant groups.

“To see it constantly, over and over again just go through turmoil after problem after everything it’s just, it’s really disheartening,” Assad said.

Assad is the treasurer of this university’s Caribbean Students Association. And over the past couple of months, CSA and other groups across the state of Maryland have been taking action to help Haitians, as well as condemn what they believe is the inhumane treatment of migrants.

On Monday, human rights experts from the United Nations condemned the United States’ “recent and ongoing systematic mass deportation of Haitian migrants and refugees,” cautioning that the expulsions could violate international law.

Immigration advocates have condemned President Joe Biden administration’s hesitancy to end the use of Title 42, a policy that allows the federal government to expel people who have been in a country with a communicable disease.

Since the start of the pandemic, the Title 42 policy has authorized the collective expulsion of migrants and those seeking asylum without individually evaluating their circumstances, according to U.N. human rights experts.

Gustavo Torres is the executive director of CASA, the largest immigrant advocacy organization in the Mid-Atlantic with most of its offices in Maryland. In a statement, Torres condemned the living conditions of the detention centers where Haitian migrants are being held.

CASA is working with the Haitian Bridge Alliance to help refugees reunite with their families and provide resources to those at the border.

The Build Haiti Foundation is another organization in Maryland that works to support Haitians both locally and internationally. The foundation doesn’t have the resources to address every issue that impacts Haiti, so its members support other organizations and partners in their efforts, especially in regards to the current refugee issue, said President and CEO Jean-Robert Anantua.

Through legislative efforts, the foundation has demanded President Biden to stop the deportation of migrants through Title 42 and are encouraging politicians to listen and make changes, he said.

The foundation is also working with five nonprofit organizations to have a fundraiser to provide resources such as shelter and medical supplies for Haitians in need, Anantua said.

“We can just make these changes by forcing our politicians to listen to us,” Anantua said. “And working with groups … and other grassroots organizations, we support them in different ways.”

At this university, CSA is working to find opportunities to fundraise to help displaced migrants and refugees by donating to different embassies and organizing drives to collect resources for those affected by the earthquake.

Kayla Nazaire, vice president for CSA, said there are different kinds of problems in Haiti that lead residents to seek refuge in other countries, such as deforestation, energy shortages, inflation of gas prices and political turmoil, she said.

“It makes me think that we’re cursed because there’s no way this many bad things could happen to one place at one time,” the junior journalism major said.

This outreach to help Haitian immigrants is especially important since many Black immigrants, including Haitian refugees, are often ignored in the U.S., said Thurka Sangaramoorthy, an associate anthropology professor.

The issues in Del Rio, Texas — where Haitian refugees have been detained — come from a long history of exploitative policies by the U.S. and the international community that undermine Haiti’s sovereignty and development, she said.

“What I think a lot of people fail to see is that the current arrival of Haitian immigrants at the U.S. Mexican border isn’t sudden and it’s not spontaneous,” Sangaramoorthy said.

Nazaire feels that Haitian refugees shouldn’t be denied refuge in the United States.

“It’s just wild to me that the U.S doesn’t acknowledge or see [Haitians] as people who need their help, or even give them the courtesy to let them apply for asylum,” Nazaire said.