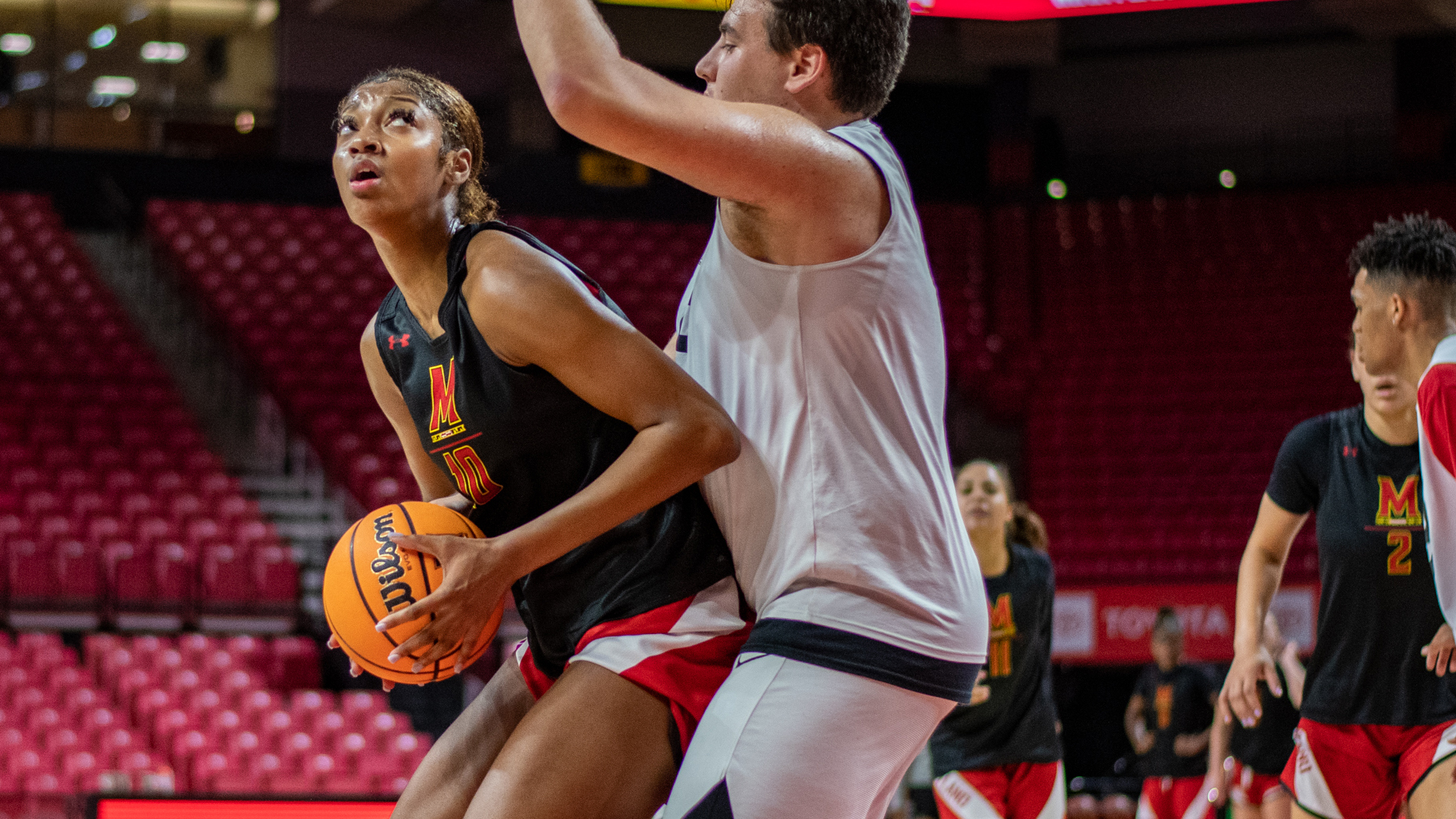 Angel Reese joined Maryland women’s basketball as the highest-ranked recruit in the history of the program. Coming in at No. 2 in ESPN’s 2020 recruiting rankings, Reese had lofty expectations for her freshman year.

However, the Baltimore native broke her foot just four games into the 2020-21 season, and she was sidelined for 12 weeks. By the time Reese returned, Maryland was 16-2, going 13-1 without her. The Terps had figured out how to win in her absence.

“Angel went through a really hard year, lost a lot of her freshman campaign,” coach Brenda Frese said. “Her being healthy is the most important thing, and then being consistent. She didn’t really get that opportunity, losing so much of her first year.”

Reese had started each of Maryland’s first four games, and when she went down, Tennessee transfer Mimi Collins slid seamlessly into the starting lineup. Reese was no longer a starter when she came back from her injury months later.

In a series of tweets and retweets, Reese indicated her displeasure with her playing time in the NCAA tournament, starting after the Terps’ dismantling of Alabama in the round of 32.

Seems unfair to have Angel Reese coming off the bench pic.twitter.com/qimZbSxAUw

But a few weeks ago, Frese reminded everyone she prioritizes winning.

“Obviously when you come here to Maryland, you’re gonna sacrifice many minutes in order to win championships,” Frese said. “I mean that’s what all championship teams have to go through. You have to have the depth, the talent, the competition.”

And with the majority of the team returning this season, Frese’s squad has those qualities. The Terps will begin the season ranked No. 4 in the AP poll, three spots higher than they were in the final poll last season.

Even though this year’s team is almost all returners, there are certainly developments to look out for as the Terps embark on another quest for a national championship.

Although Reese returned to a diminished role last year, Collins shined as a member of the starting five. The redshirt sophomore was a key contributor to Maryland’s 26 wins, averaging 10.6 points and 6.2 rebounds on the season.

“It’s a great luxury to be able to have — just talent across the board,” Frese said. “It really was, to be able to see Mimi come into her own and have the kind of season that she had.”

The positive spin on the Collins-Reese dilemma was that Maryland had six players that could make a legitimate case for starting minutes. The negative spin was that the second-ranked recruit in the country from last year was coming off the bench.

But rather than worrying about their starters, the Terps are choosing to highlight the advantages of their often-insurmountable scoring depth.

“I think our offensive chemistry is just phenomenal, and you’re only going to see it get better this year,” Bibby said. “I don’t think anyone cares about who gets the bucket or who gets those two points. Sometimes it’s more about the assist or the play, and I love that about this team.”

Reese doubled down on Bibby’s assertion ahead of the upcoming season, reiterating this year’s focus is on playing team basketball. She said this season is “like a refresh” for her, and she’s ready to pick up where she left off before her injury.

“It doesn’t really matter to me, whatever coach needs me to do,” Reese said. “If I just have to rebound, if I have to just cheer on the side, if I have to defend, whatever I need to do to win the championship because it’s bigger than me, it’s for the team.”

In addition to its high preseason ranking, Maryland is favored to win the Big Ten again, according to the conference’s head coaches and media panel. That’s not a surprise for a team that will return the majority of the production from the nation’s highest scoring offense last season.

Maryland prided itself on sharing the basketball last season. The Terps maintain that their scoring depth wreaks havoc for opposing teams, and it will likely carry them far in March.

“We’re very unguardable, and we’re very versatile,” Collins said. “Every single opponent, they have to figure out how to guard all of us at once.”

No matter who’s on the floor, Maryland is built to win. There’s no denying that.