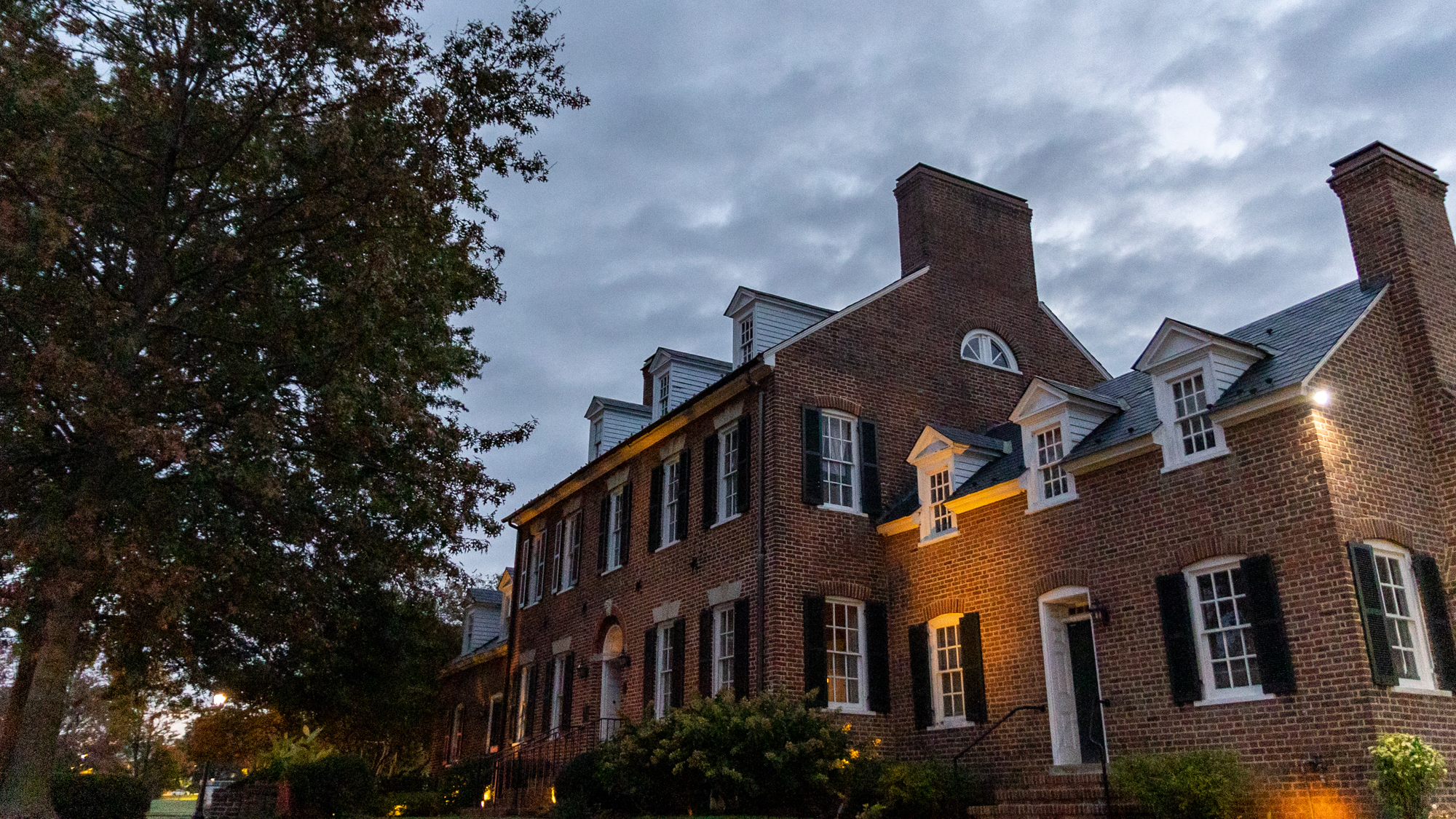 A tree was dedicated to John Fritz outside of the Rossborough Inn on Oct. 15, 2021. (Julia Nikhinson/The Diamondback)

By Destiny Herbers
For The Diamondback

A year ago, University of Maryland alumna Maggie Fritz lost her cousin, who also graduated from this university, to a rare heart condition. Now, she’s raised over $18,000 in his honor for the American Heart Association.

Fritz, who graduated from the university in 2020, started the fundraising in memory of her cousin, John Fritz, after he died to help fund research and education into rare heart conditions like his.

“We miss John a ton, and it’s been really special to get to share in memorializing him in this way,” Maggie Fritz said. “I think he’d be really happy to know that his legacy is making an impact for so many different people.”

When John Fritz died in June 2020, COVID-19 restrictions made it difficult for his loved ones to gather and celebrate his life, Maggie Fritz said, so she looked for a safe option as restrictions began to ease. Some of John Fritz’s friends suggested doing a race or a Tough Mudder, which he loved to compete in, she said.

Maggie Fritz organized a group of about 60 people to participate in the American Heart Association’s 2021 Greater Maryland Heart Walk on Oct. 16. She wanted to include their family members who are not able to participate in a physically demanding memorial, so she created the team, “Rock on for John.”

The team raised $18,000 for the American Heart Association, surpassing their original goal of $10,000, according to Andy Schell, who graduated from this university in 2019.

They had bumped their goal down to $5,000, thinking that $10,000 might be an unreasonable goal, Schell said. Steadily though, they surpassed each goal and pushed the number higher.

Nicole Joie, who graduated from this university in 2017, said the turnout for John Fritz’s memorial events shows how he touched people’s lives while he was alive. He was a friend Joie could always count on, she said.

“Being at the University of Maryland, you really make friendships that last a lifetime, and sometimes that lifetime is shorter than you want it to be,” Joie said.

Naz Bedi, who also graduated in 2017, remembers “John-isms” the little things John Fritz did, like cooking ribs with his self-proclaimed “World Famous Dry Rub” and caring for his tiny succulent named Spike Lee.

“John’s one of those people that just had a really vibrant personality … you just can’t not be smiling when you’re around John,” Bedi said.

John Fritz is described by his friends as a light. Joie said he came into her life “like a firework,” and Bedi said John Fritz “lit up the room.”

On campus, John loved being a tour guide for Maryland Images and he often woke up early to get in line for basketball games, Maggie Fritz said.

A tree was dedicated to John Fritz outside of the Rossborough Inn, where many of his tours started, on Oct. 15 in a ceremony Joie organized.

Joie contacted the university’s arboretum, who told her it would cost $2,500 to plant a tree on campus.

When she told Maryland Images, they raised the money within two or three days, showing how John Fritz touched the community, she said.

“There was not a dry eye [at the ceremony], but it was crying from laughing, and crying from my positive memories. It really just was a special moment,” Bedi said.

Schell thought that the tree dedication ceremony was in line with what John Fritz would have wanted, as he was “never the kind of guy who likes grandiosity.”

“It was just really nice to have people come and share stories, and be able to engage with them and to hear about all these different people that knew him through different lenses,” Schell said.