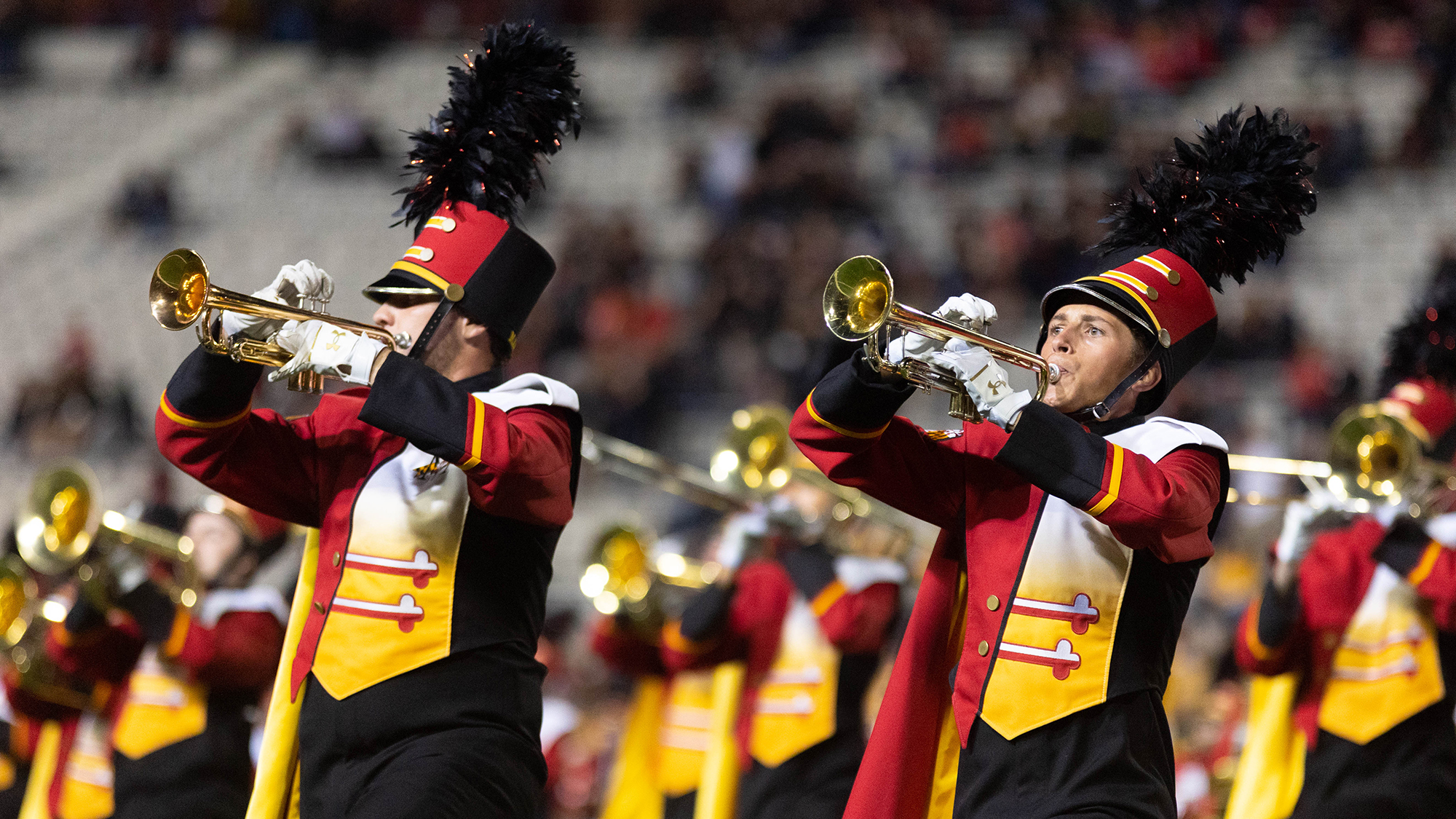 The Mighty Sounds of Maryland performs prior to Maryland football's 51-14 loss to Iowa on Oct. 1, 2021. (Julia Nikhinson/The Diamondback)

After the University of Maryland’s marching band tweeted a video of its performance of Lil Nas X’s “Montero (Call Me By Your Name),” the rapper and singer gave his approval.

The idea to tag Lil Nas X in the tweet sprung from his active social presence, said Madeline Swartz, a senior music education major and member of the band’s marketing staff. She proposed the idea during a meeting and was excited when the staff decided to go through with it.

Swartz didn’t think that he would respond to the tweet, but when the band saw he did, multiple group chats “lost their minds.”

“I was like, ‘That’s not real, that cannot possibly have happened,’” said junior secondary education math major Aliza Jacobs, who thought the Twitter interaction was edited.

Band members hope the interaction can shed light on the work they do — something they say often gets overlooked by the university and student body. Like athletes, Swartz said the band dedicates hours of practice to its craft. They practice for about eight hours a week to prepare for football games, and for the “Montero” performance itself, the band put in around 18 hours of work, Swartz said.

“The band does put in a lot of hard work, and I don’t think it’s something that as many people recognize,” said sophomore kinesiology major Manny Fitsum.

Tweeting at Lil Nas X was always a “running joke” among the band, Fitsum said, but he also knew the rapper is one of the most communicative celebrities on Twitter.

But the acknowledgment was encouraging and validating for the band, he said. Fitsum hopes the university will allocate more funds to the band and acknowledge it more after the interaction.

“I definitely would say the university does not really engage and kind of give the band as much credit,” Fitsum said.

Jacobs hopes the enthusiasm will continue into football games. Usually, people leave before the marching band halftime show, she said.

The band also got attention from award-winning musician Jon Batiste this weekend, who tweeted in support of the band’s cover of his song “I NEED YOU.”