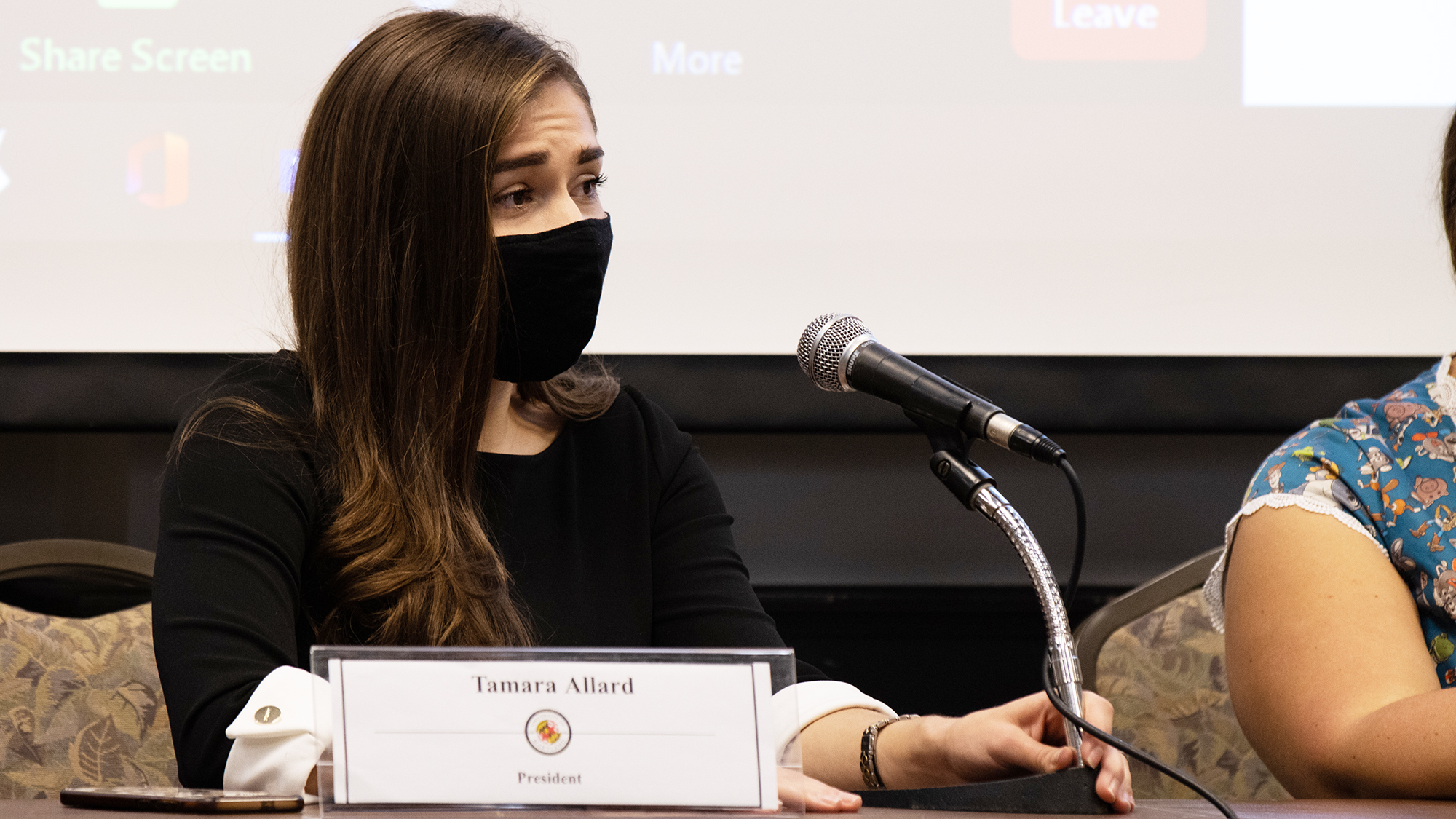 The University of Maryland GSG passed a resolution at its meeting Friday, asking the graduate school to provide more support for students completing required internships.

Many graduate programs at this university require full-time internships for graduation, but they can cause a host of financial problems for students, according to the resolution.

The resolution calls for a standardized tuition rate for students taking a required internship regardless of their location and statuses.

Three-credit internships can have costs as high as $5,118 for out-of-state students, said school psychology doctoral student Janisa Hui. The hearing and speech sciences department requires internships that are worth six credits, which is an out-of-state tuition of more than $10,000 with no remission opportunities, said Tamara Allard, the Graduate Student Government president.

Many of these internships are required by professional associations outside of the university, but some students are being asked to pay thousands of dollars to complete them due to the credit requirements.

“You’re paying for school so that you can work,” Allard said.

Full-time internships can also prevent graduate students from seeking an assistantship at the same time, according to the resolution. These assistantships can provide tuition remission for students, which some students rely on as they pay tuition costs and mandatory fees.

Student salaries during their internships can be as low as $15,000, which is lower than the current $18,000 minimum stipend for 9.5-month assistantships at this university, according to the resolution.

“Graduate students in general, we don’t really worry about the tuition as much because the [graduate assistantship] basically [covers] all the tuition remission,” Hui said. “An internship or externship might be a part of the requirement for you to graduate, so [students] really have to take the money out of their pocket in order to complete this requirement.”

Allard said a constituent emailed her about the issue, saying their required internship was causing a huge financial burden. This student was paying $5,000 for tuition, Allard said, and she had to apply for a need-based grant as a result.

Some students also have to complete their dissertations while doing their internships. This can cause even more stress and financial burden since dissertations also have a credit requirement.

“You end up paying, not just for that one [internship] credit, which would again be $1,760 a semester for one credit, and you end up paying for additional dissertation credits,” Allard said.

“Making this resolution possible does not only alleviate graduate students’ financial stress, but it also indirectly helps with better academic achievement and learning,” Hui wrote in an email.

But students often can’t choose where they complete their internships. In clinical psychology, there is usually a random assignment process for students. This could force them to move out of state, Allard said.

Hui hopes that an approval of the resolution will help ease the combined cost of internships and tuition students have to deal with.

“I just don’t think it’s fair and right to put the financial burden on the student just to make that happen because they wanted to graduate,” Hui said.