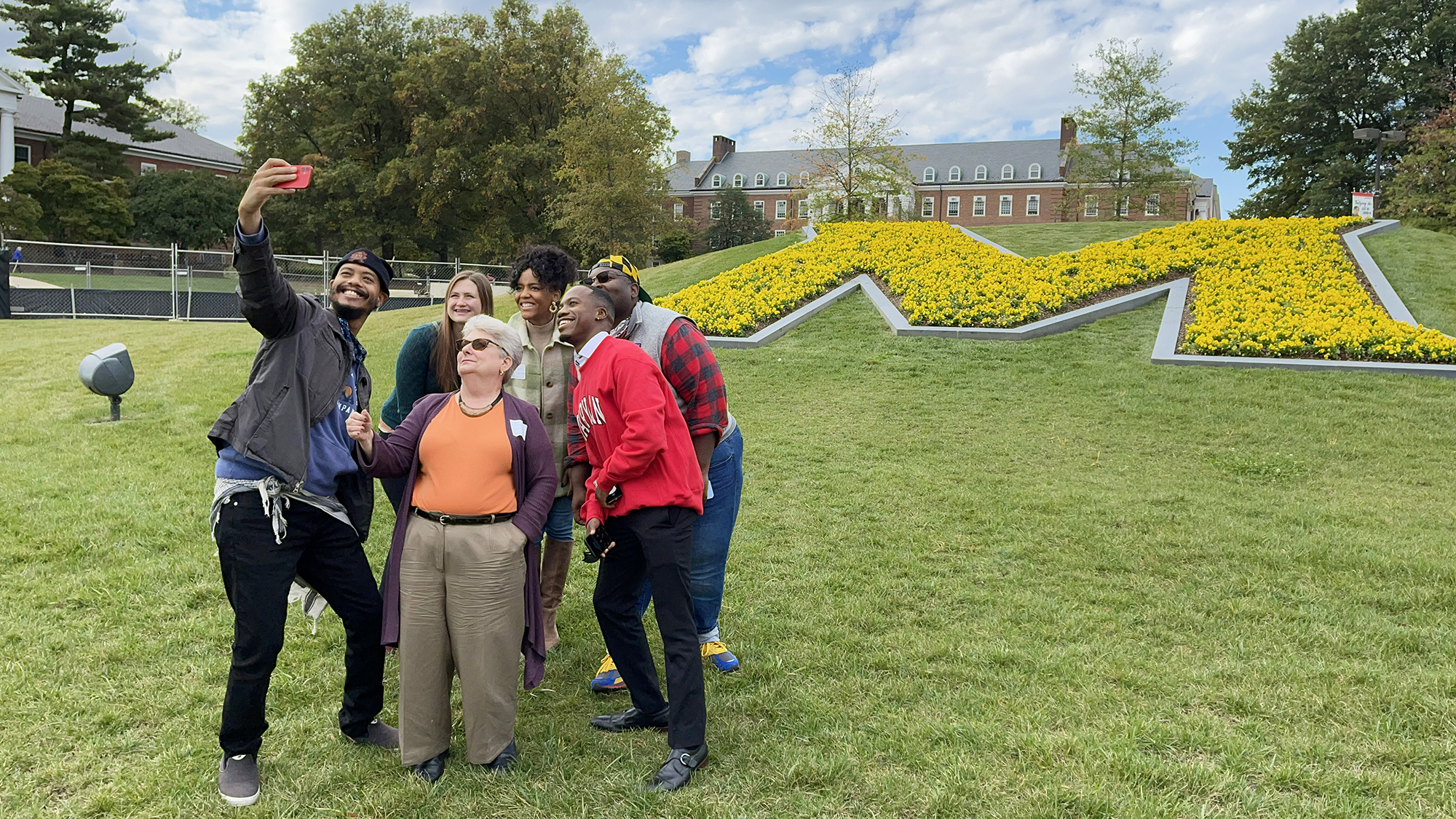 The MAPP+D Alumni Network hosted a bus tour of the city of College Park and University of Maryland’s campus for alumni of the architecture, planning and preservation school on Saturday.

The guided tour followed a figure-eight-shaped route that took the alumni down Route 1, around College Park and through some areas of campus. The tour showed architect alumni both finished and ongoing projects that are part of College Park’s development scene.

“I think College Park is in the process of transferring from a diamond in the rough to a real diamond for Prince George’s County,” said Richard Huang, who graduated from the architecture school’s masters program this summer.

Sacsheen Scott, the MAPP+D Alumni Network programming and social chair, said the tour is the first in-person event that has been held for alumni by the organization since the COVID-19 pandemic began.

Scott, who graduated from the university with a masters in community planning in 2019, undertook planning the logistics for the tour in August.

“They can continue to invest in this community by working or living in this community, and really creating a place where students, graduates, faculty and staff all want to live,” said Katie Gerbes, one of the tour guides and the manager of university projects at Margrave Strategies.

The tour included stops such as the Trolley Trail, as well as ongoing construction projects around College Park, including apartments currently being built along Route 1.

The tour also showed the development of the Discovery District and the quantum computing company IonQ. On campus, the alumni saw the construction of A. James Clark Hall, the Campus Farm and the Iribe Center.

“What a difference [the buildings] make in making the area a bit more walkable and sort of desirable,” said Tom Leonard, who received a masters in community planning from this university in 2014.

Huang also noted that with the advancements of the Metro’s Purple Line and the rapid development of corporations, College Park could be well on its way to being a far more modernized town.

“Everything has changed pretty rapidly,” said Huang, who saw campus for the first time since March 2020.

Jo Anne Murray, who graduated from the university in 1974 and worked as an architect on the Iribe Center, said the development of the area has led to a symbiotic relationship between the university and different industries.

“These firms are benefiting from these young bright minds, especially in all of these high tech areas,” Murray said. “There’s like a real two-way communication going on there, and I really thought that was very interesting.”

The tour both informed alumni about the ongoing construction projects and discussed hopes for College Park’s future.