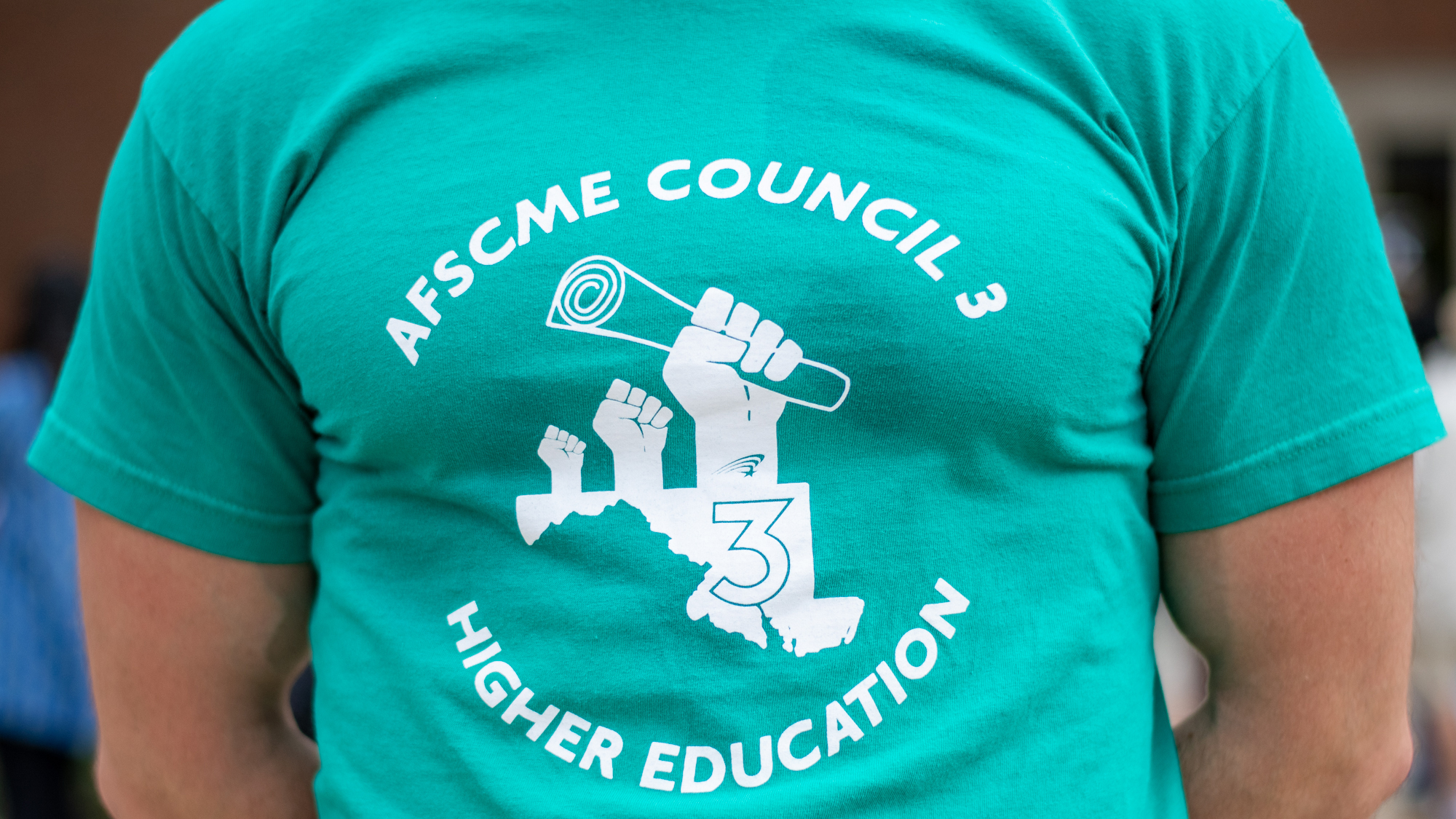 A recent report by AFSCME Council 3, a union representing state and university employees in Maryland, shows wage disparities among workers in University System of Maryland institutions based on race and gender. (Joe Ryan/The Diamondback)

Each day, Aleyda Hernandez is tasked with cleaning classrooms, offices and bathrooms in three buildings as a housekeeper for the University of Maryland’s Department of Facilities Management. She starts her shift at 4 a.m. and finishes at around noon.

Hernandez makes about $13 per hour — a wage she said is less than that of many of her white and male co-workers at this university, and too low to sustain her daily expenses alone.

Hernandez’s observation is consistent with a recent report by AFSCME Council 3, a union representing state and university employees in Maryland, which showed wage disparities among workers in University System of Maryland institutions based on race and gender.

“We know these vestiges of racism and classism and sexism didn’t happen overnight. These numbers bear that out,” said Stuart Katzenberg, AFSCME Council 3’s growth and collective bargaining director.

Katzenberg said the system provided AFSCME with the data for the report in August 2019, two months after the union asked for it.

Black and Hispanic workers are disproportionately in the bottom quartile of salaries, the report says. Together, they represent 25.6 percent of non-academic employees in the system but 77.5 percent of employees earning the lowest wages.

The report also shows that white men in the system have the highest median salaries on average while Hispanic women have the lowest.

To Hernandez, whose wage increased by only 34 cents since she started working at this university eight years ago, this statistic is prominent in her life.

Many of Hernandez’s fellow housekeepers on campus who receive low wages take a second part-time job to support themselves as everyday living costs rise, she said. But Hernandez has to take care of her child and doesn’t have time to get a part-time job, she said, so she uses food stamps.

According to Marc Seiden, an organizer with AFSCME Council 3, wage disparities don’t just manifest in pay.

When employees run out of leave, this university gives them advance leave they can later pay back, either with money or by accumulating leave from then on at a slower rate. Seiden says this policy is often inflexible, and it impacts those in lower-paid positions more than those in upper percentiles.

“I hear about it so much more from low-wage, non-exempt workers and especially workers of color than exempt people who seem to be able to carry over more leave,” Seiden said.

To Miriam Osborne Elliot, the Office of Multi-Ethnic Student Education’s assistant director for academic outreach and student development, the disparities outlined in the report are a systemic problem.

“It’s actually disheartening that in a realm of higher education, where we study and practice … how to be better citizens, rectify wrongs, create better worlds and spaces, that across the board, in the system of Maryland, that those practices are actualized,” Osborne Elliot said.

In a statement regarding the call for one bargaining contract, this university said that university system institutions vary in size, location and mission. To fulfill this university’s mission, it should be able to “address issues at the local level as they arise,” and “independently negotiate agreements specific to this institution,” the statement added.

“The University looks forward to productive talks with AFSCME and reaching an agreement on matters of interest to both parties,” the statement said.

AFSCME leaders said having one contract would make it more efficient to target system policies that create wage disparities.

“When we bargain together across the system, it will prevent the university system from dividing and attempting to conquer us,” Katzenberg said. “We should not have certain people … getting their wages suppressed because of the type of work they’re doing or where they live.”