No. 4 Maryland field hockey has newfound confidence after beating No. 2 Michigan 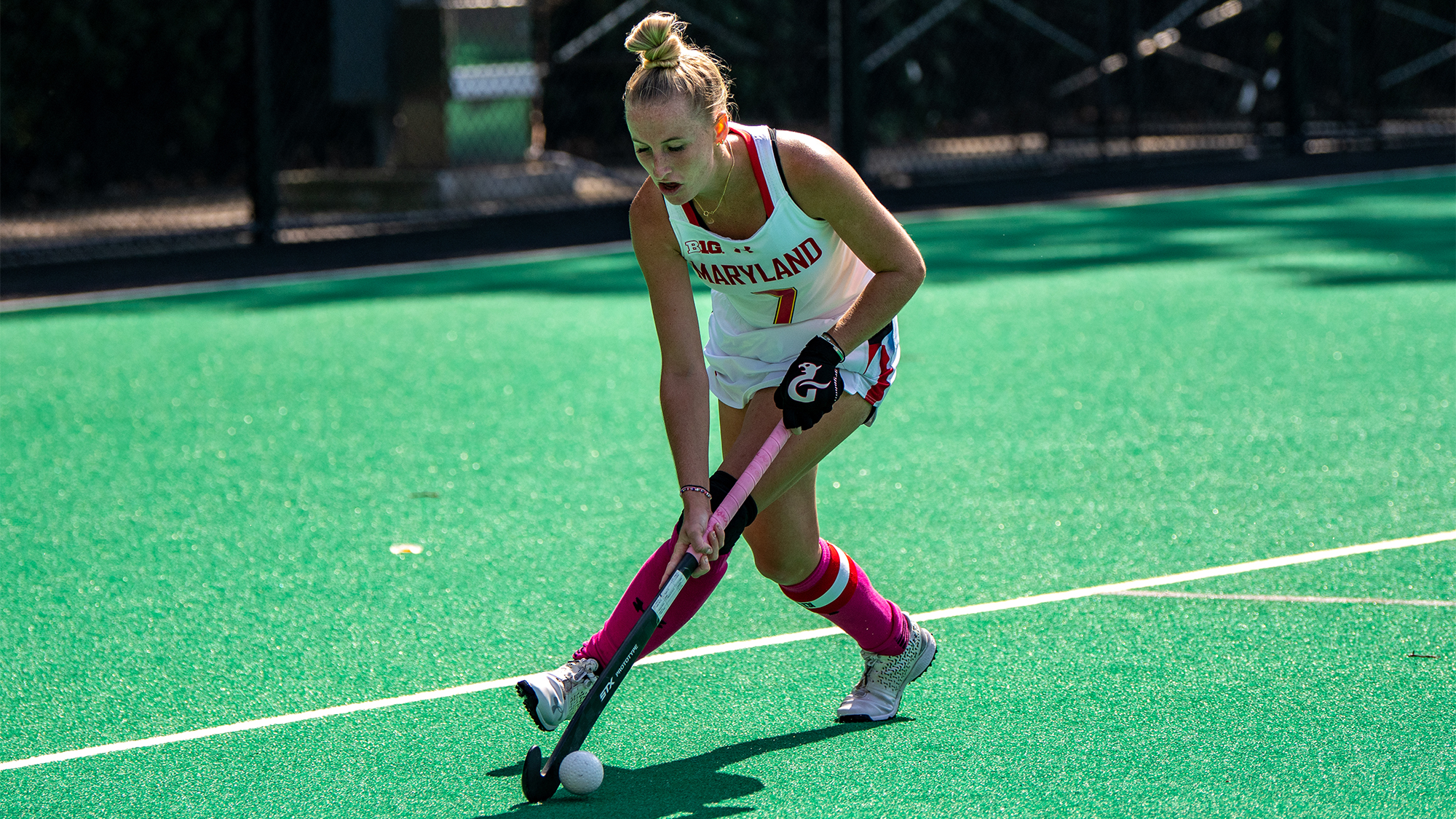 Before Maryland field hockey’s contest against No. 2 Michigan on Sunday, the players on the team talked to each other, excited about the match.

The Terps had just beat Michigan State in the first half of their trip to Michigan, but completing the sweep would be a tough task. Maryland was facing the Wolverines, a team that entered the match with a 13-1 record — and had its lone loss come in a shootout with the top-ranked team in the nation.

But as they have been all season, coach Missy Meharg’s squad was confident.

“Before the game, we all pretty much said we could use a huge upset,” said goalkeeper Noelle Frost, who delivered with six saves on Sunday. “This would propel us so far.”

And it did. Maryland pulled off a 2-1 upset of Michigan and rose four spots in this week’s National Field Hockey Coaches’ Association Poll, jumping into the No. 4 spot.

Now, as the Terps gear up for their regular season finale against No. 24 Ohio State, there’s been an increased confidence and connection among the team.

[Maryland field hockey’s defense found its rhythm in time to knock off No. 2 Michigan]

“Coming off of this weekend, our practices have been really, really good, and really intense,” midfielder and vice captain Kyler Greenwalt said. “Everyone just wants to do everything for one another.”

Maryland couldn’t be in a much better place. It’s riding a three-game win streak into Friday, improving its records to 12-5 overall and 3-4 in Big Ten play. They’ve been confident all season, but there’s been a renewed sense of intensity after the win over Michigan.

“How you practice is how you’re gonna play in a game,” Greenwalt said. “We’ve been doing really well and bringing the heat. We’re obviously heating up at the right time.”

While there’s been a refreshed confidence around the team this week amid its victory in Ann Arbor, Meharg and her team also acknowledged what they’ve already accomplished in the regular season.

On the road, Maryland has blanked Duke and bested Virginia in overtime. It’s topped Princeton and UConn at home. In its season opener, it took down a St. Joseph’s squad that has risen to the top-15.

All those wins were huge. But each of those five opponents have something in common that Michigan doesn’t.

“That’s not Big Ten,” Meharg said. “[The win over Michigan] really, in their mind, set another marker and hit another standard.”

And as Maryland hit that new standard, it’s ready for what’s to come. After facing Ohio State on Friday, the Terps will head to Piscataway, New Jersey, for the Big Ten tournament. A strong showing at Rutgers could lift them back to the NCAA tournament.

Meharg has reached the NCAA tournament in nearly every season of her career. And never in her 34 years has she guided a team she didn’t think could go far in postseason play.

This year’s group is no different. They have players who have won Big Ten tournament titles, regular season championships and national championship games.

The Terps are hot at the right time. And they’ll look to keep it rolling on Friday evening, as they honor their eight seniors and take on the Buckeyes.