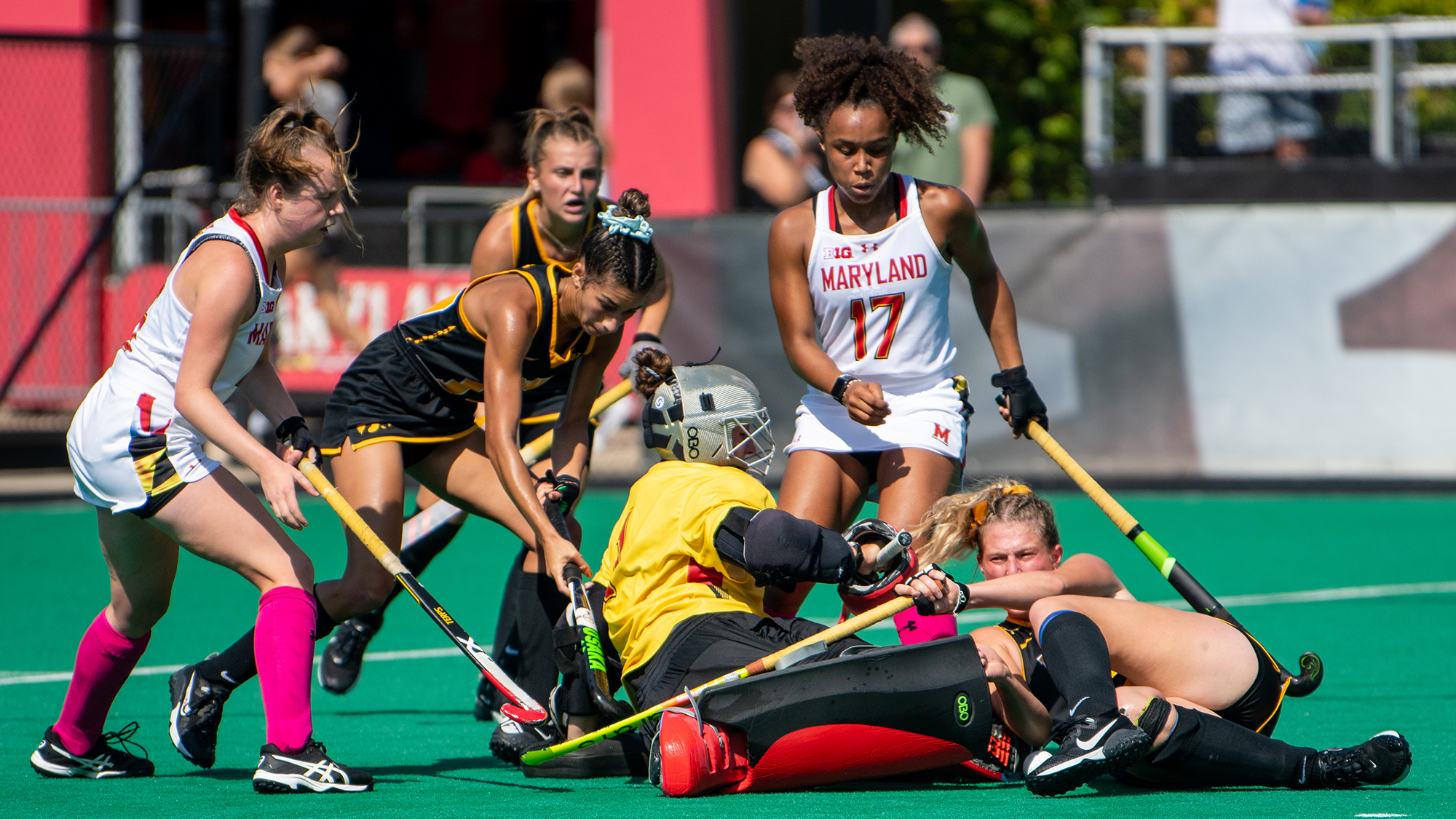 From 2011 to 2015, Kasey Tapman Asper was a crucial part of Maryland field hockey’s penalty corner defense.

Now an assistant under coach Missy Meharg, she has played a big role in helping the No. 8 Terps’ corner defense improve to that of the championship level Tapman Asper’s teams reached.

And the unit showed out last weekend.

Maryland allowed just one goal in its last two games, coming out victorious against Michigan State and No. 2 Michigan.

“She understands how to work with it,” Meharg said of her player-turned-assistant. “So she’s very good at analyzing the other team, their attacks and how to put together a defensive unit.”

The Terps’ penalty corner defense starts with goalkeeper Noelle Frost. In her sixth season with the program, Frost has been a pivotal component of Meharg’s squad for quite some time. And the graduate student couldn’t have had a much better weekend.

In East Lansing, Michigan, on Friday, Frost picked up her sixth shutout of the season in Maryland’s 4-0 win over the Spartans.

She was aided by the defense in front of her, which only allowed Michigan State one shot — which wasn’t on target — for the entire match.

“They were just very on point,” Frost said about the defense after that game. “They listened and they reacted exactly how they should.”

After that, the Terps had one of their toughest tests of the season in the second-ranked Wolverines. Michigan entered the contest with a 13-1 record — the lone loss coming at the hand of No. 1 Iowa in a shootout.

In Ann Arbor, Michigan, the home team took 13 shots to Maryland’s nine. The Wolverines drew eight penalty corners, while the Terps didn’t earn a single one.

But Frost held Michigan at bay for most of the match. Maryland’s surging offense scored twice — and that was all they needed.

“Our deep one on one defense has gotten so much cleaner and just more precise,” Frost said Oct. 22. “We’re stepping up our game and individual defense.”

Defense continues to be one of the Terps’ strong suits this year. Maryland is 12-5 on the year and 3-4 in Big Ten play. In addition to half of its wins being shutouts, in four other wins it surrendered two goals or fewer.

While Frost plays a key role in a dominant back line, the defensive players in front of her have stepped up throughout the season to limit opponents’ chances to find the back of the cage.

But it’s not just defenders who’ve been slowing down opponents — midfielders play a big role as well.

“When you’ve got an athlete like Brooke [DeBerdine] who can go out and recognize stuff and be so athletic to put pressure on the play, I think we’re very fortunate,” Meharg said. “And Noelle [Frost] is playing her best so far this season.”

Maryland has already reached the denouement of its regular season, with just one match left before the Big Ten tournament.

And taking down the No. 2 team in the nation with postseason play on the horizon gives the Terps a real edge.

“This win couldn’t have come at a better time,” Taylor Mason said. “I’m really proud of our team.”