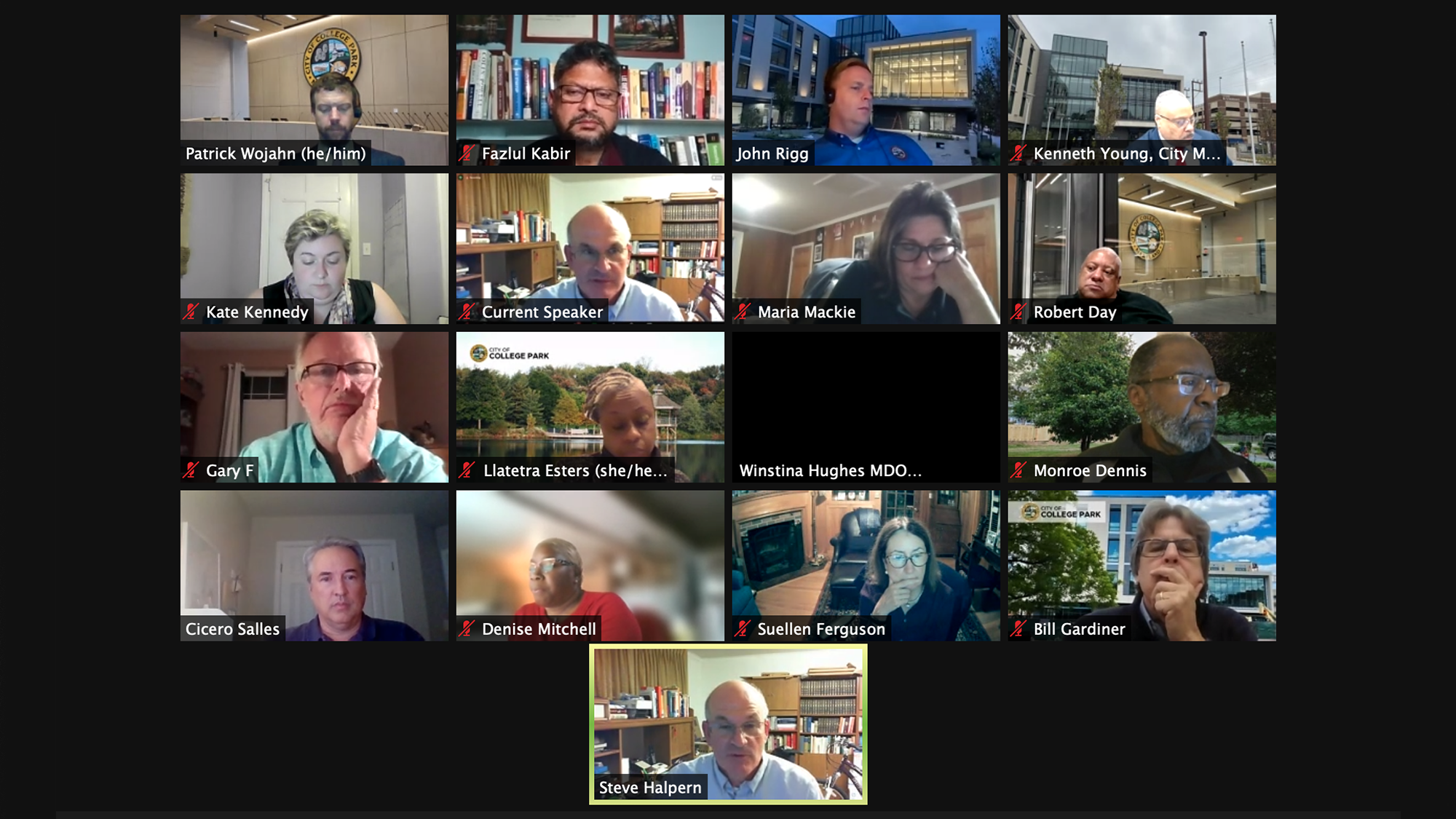 Proposed by Prince George’s County’s public works and transportation department, the changes would include adding a median and another lane to the shopping center’s easternmost entrance, by the Starbucks and near Route 1. However, council members say they are concerned the changes won’t be enough.

“I have reached out, and we have reached out to the shopping center owners, the management … and unfortunately, nothing happened. It’s frustrating, and we get so many complaints from the residents,” Kabir said.

The county previously installed yellow posts that help direct traffic and alleviate some of the congestion, according to the council agenda. Since then, though, the posts have been damaged “beyond repair.”

Cicero Salles, who works with the office of engineering and project management in the county’s public works and transportation department, said the changes would essentially reconstruct the intersection of Cherry Hill Road, Autoville Drive and the shopping center entrance.

“This should improve the entrance operations as currently, vehicles queue on Cherry Hill Road to get into the Starbucks drive-thru, and we saw some unsafe operations there,” Salles said.

Salles said the county did not have a cost estimate or timeframe for the proposed project.

Council members concluded the discussion, asking for more proof that the solution would work and conversation with shopping center store owners to generate more ideas on how to solve the problem.

“We’re kind of sending you back to the drawing board a little bit,” Mayor Patrick Wojahn told Salles during the council meeting. “But definitely appreciate your engagement and work on addressing this long-standing problem.”

District 4 council member Denise Mitchell said she was also concerned about the proposal.

“As an avid Starbucks drinker, coming down Cherry Hill, I just can’t see how the flow is gonna go and get someone to go to the other lane,” Mitchell said. “I’m not an engineer, but that’s just me. I still see it as creating a bottleneck and a public safety issue.”

Joseph Gibbs, store development manager for Starbucks in the Washington, D.C., Metro area, said in the council meeting that Starbucks management is open to finding solutions to the traffic.

“We do have a desire, a strong desire, to fix the problem here,” Gibbs said.