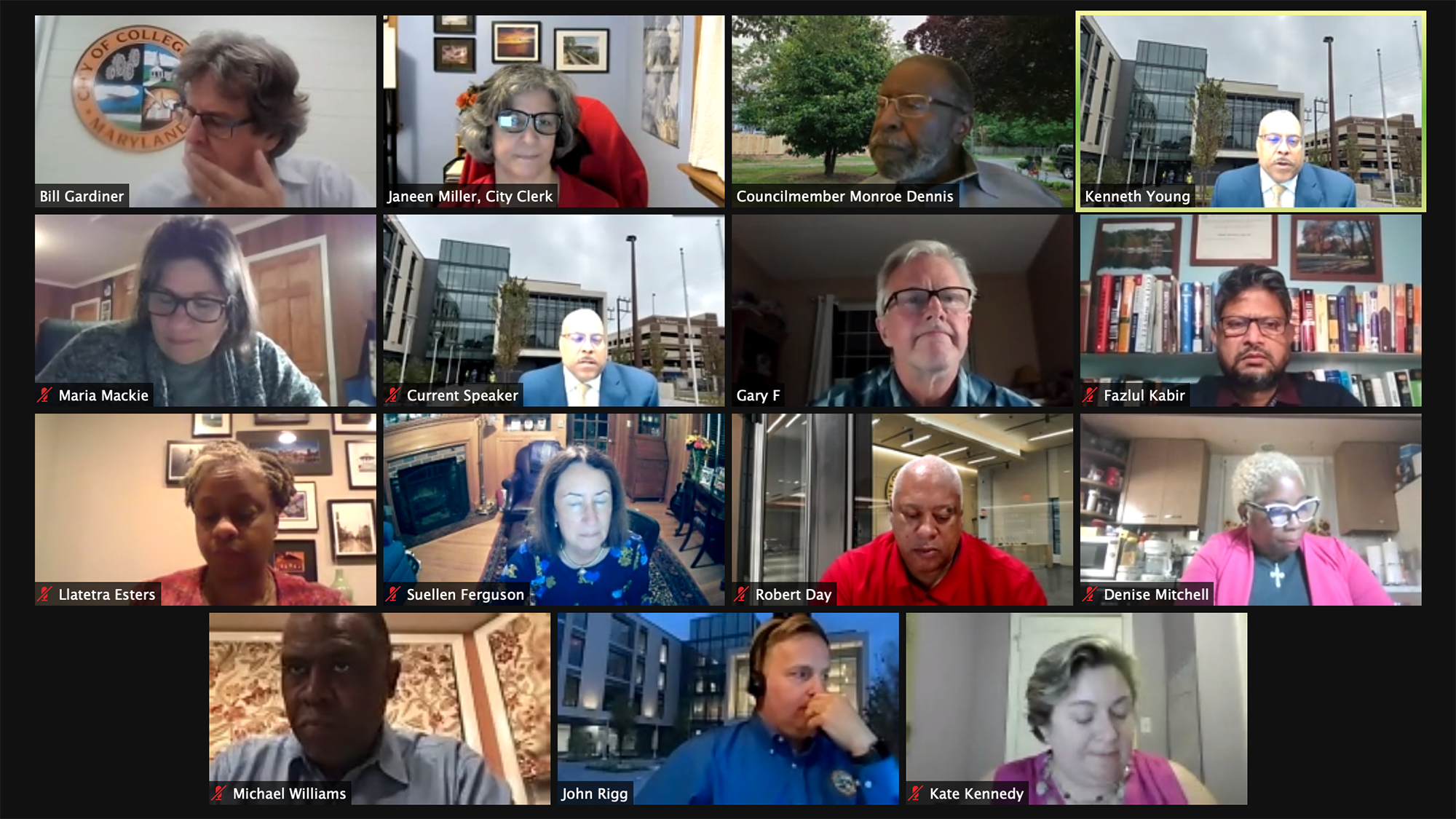 During the council’s virtual work session Tuesday night, council members generally expressed support for an outline of current plans for the money, which comes from the American Rescue Plan Act, a federal pandemic relief package passed in March.

The funding is split into two payments to the city of College Park. The city first received a payment of $10.99 million in July 2021 and will receive the second half in July 2022.

During the work session, Director of Finance Gary Fields outlined the city’s tentative plan for the remaining money.

Fields outlined a $1 million estimate that will go toward building renovations or new building plans at College Park’s Attick Towers, an apartment complex that is home to the city’s senior citizens program.

Council members expressed their interest in using ARPA funds to hire a project manager for Attick Towers, where residents have complained about living conditions.

“I’m hoping that we can also provide some support in terms of the management of that [funding] so that it gets used in the best way possible,” District 1 council member Kate Kennedy said.

About $1.3 million of ARPA money could go toward providing College Park older adults with home modification services through an “aging-in-place” program.

The city has also been working on a restorative justice initiative in College Park’s historically Black Lakeland community, which was destroyed by a city urban renewal plan in the 1970s. $100,000 could be allocated toward continuing restorative justice plans in the Lakeland neighborhood.

Remaining funds will go toward local business grants and commercial revitalization in the city’s Hollywood Commercial District as well as public facilities and recreation projects. This includes $1 million for expansion of broadband infrastructure, $250,000 for renovations in the city’s Department of Public Works building and over $200,000 for local playground replacements.

About $350,000 is proposed to be spent on an ARPA consultant, to ensure funding is being used properly in addition to COVID-19 prevention work in the city, including deep cleaning of city facilities and providing PPE to residents.

“I believe that I had a fair amount of support among my colleagues to try to onboard some hydrology consulting services for the city,” Rigg said. “There’s an urgent need to respond to residents who are losing tens of thousands of dollars per flooding event to understand more about this watershed.”

District 1 council member Fazlul Kabir suggested holding a public hearing to get the community’s thoughts on how city officials should be using the $22 million of federal funding.

“Because of the very high dollar amount of all this projects … I think it’d be good if we could get more community engagement,” Kabir said.

The ARPA money must be spent before 2026, but city officials recommend that all funds be spent by June 30, 2023.

Already, the council has spent $250,000 of the $22 million in grants to local food bank programs and $75,000 to fund a store that could be added to the new College Park City Hall. An estimated $7 million portion of the total ARPA relief money will make up for lost revenue from 2020 to 2022, according to Fields.

“I’m very grateful to have these resources that we can put to respond to this pandemic and leading some of our priorities that we have been trying to focus on as a community,” Mayor Patrick Wojahn said.