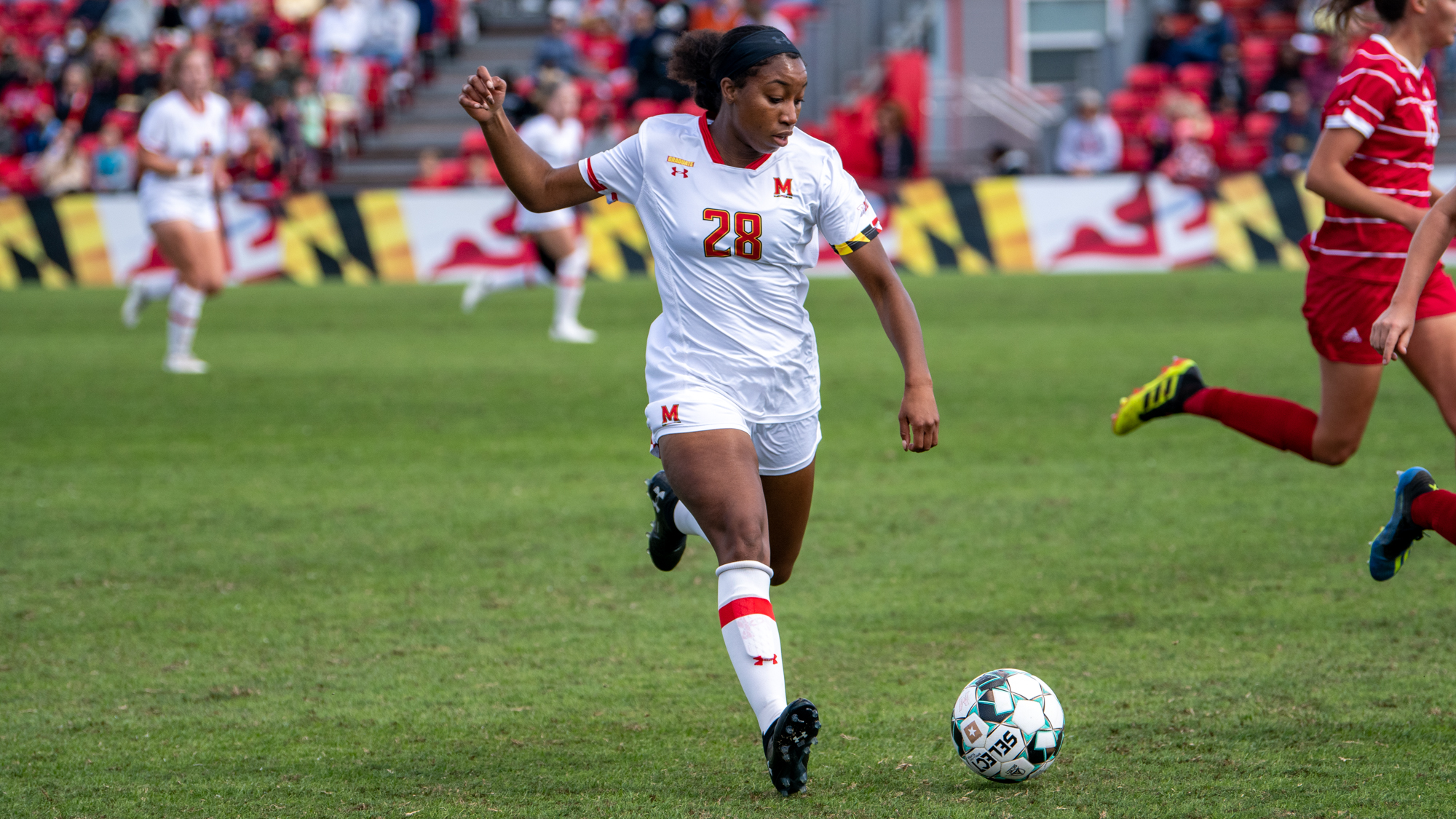 As Madeline Smith came out of the net and claimed a last-gasp long ball from Indiana, the buzzer signaled the end of the second overtime period and a decent match for Maryland women’s soccer.

While the Terps were unable to snag their first conference win of the season, they broke their four-game losing streak and put in a great defensive performance against Indiana on Sunday.

As Maryland heads into its final two matches of the season, coach Ray Leone praised his team’s defense against Indiana — something he hopes they can repeat this week against Michigan State and Michigan.

“We defended so well together, I think that was the most important thing,” Leone said. “We shaped our pressure properly. When we went, we went in numbers, and that was really, really good.”

Maryland recorded its first clean sheet since Sept. 23, when it played Nebraska to a scoreless draw. But the Terps racked up 16 fouls, something Leone would like to see them clean up.

“I would like to see less fouls,” Leone said. “We can’t foul so many times close to our goal, it’s too dangerous.”

Maryland also couldn’t score against the Hoosiers, failing to notch a shot on target after the first half. While Leone has been happy with his team’s build-up play, he says the team has just been missing the final piece.

“We’re doing all the hard part,” Leone said. “That last little thing which is just like a 10-yard pass to the right person, we’re missing. So we need to do better.”

The Terps will be tested this week against Michigan State and Michigan, who are placed fourth and third in the Big Ten respectively. However, both have had recent struggles.

The Spartans are on a two-game losing streak after dropping matches to Michigan and Rutgers last week. The Wolverines dropped out of the top 25 this week after a 2-1 loss to Ohio State on Sunday.

With two games left in the regular season, both Michigan and Michigan State are vying for a spot in the Big Ten tournament. And beating the Terps could impact their tournament contention.

Maryland has been eliminated from the Big Ten tournament, as it is mathematically impossible for the Terps to qualify with only two games left.

This lack of stress could possibly benefit the Terps, as Leone’s message to the team this week has been to “play freely.”

“Right now we’re playing teams that are trying to get either in the tournament or good places in the tournament, and we’re not,” Leone said. “So, we should play very relaxed, very freely and hopefully that will allow us to play even better.”

As the Terps head into their final week of the season, their 22-game winless streak against Big Ten opponents looms over them. Leone talked about what it would mean for his team to break it.

“[A win would] mean relief, a reward for sticking with it,” he said. “They know they’re improving but they don’t want to just improve, they want to win, and nobody’s hiding from that.”