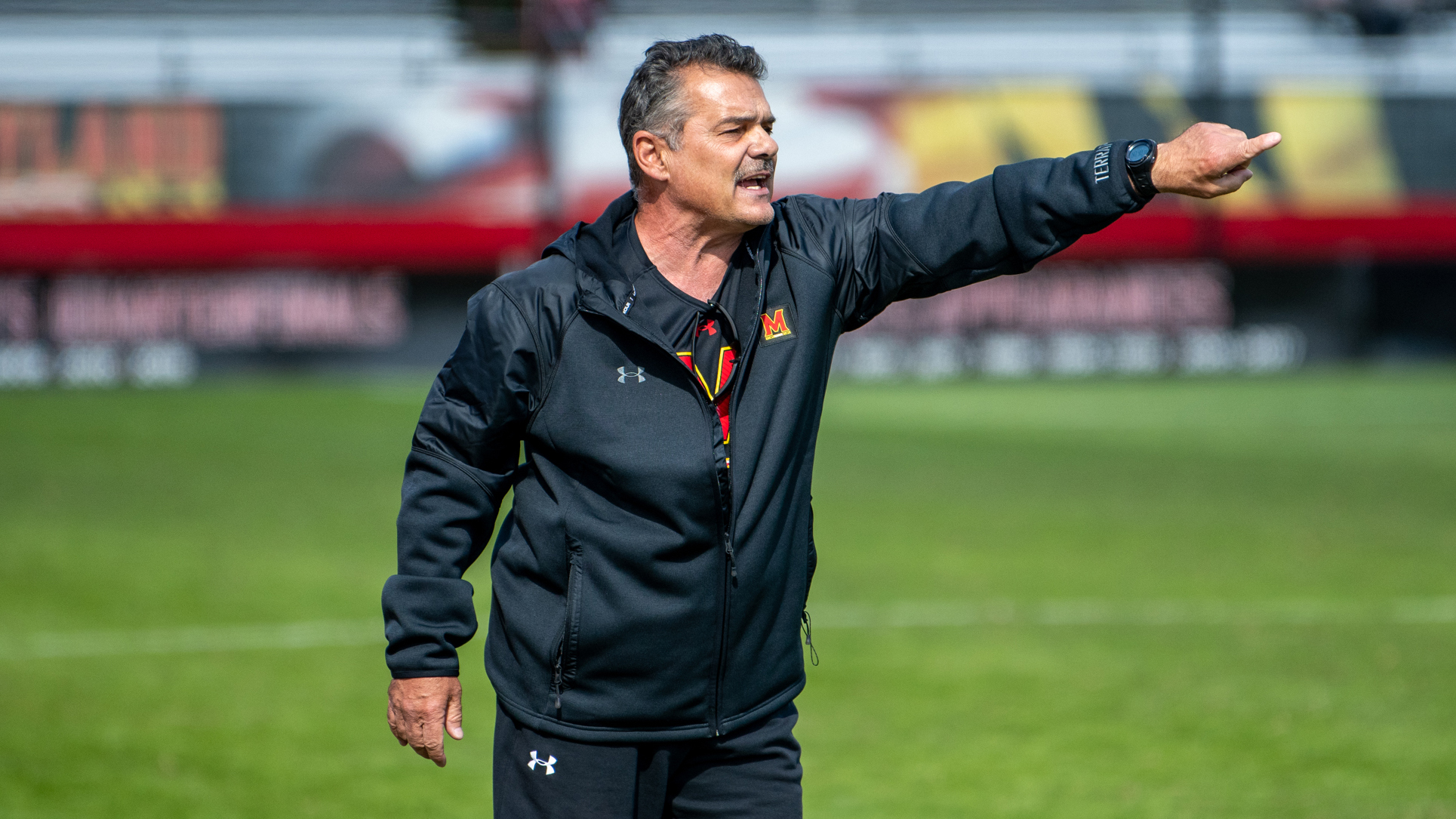 With under three minutes left in the second overtime period, Indiana’s Jen Blitchok slipped a pass to Avery Lockwood behind Maryland women’s soccer’s defense for what seemed to be a golden goal.

Alexis Hogarth had other plans.

Despite Lockwood looking like she was through on goal, Hogarth caught up and grappled with the midfielder, regaining position before clearing the ball away.

While coach Ray Leone was delighted his team improved their defensive performance throughout the entire match, Hogarth’s play stood out to him.

“They were amazing,” Leone said. “And then Lex to make that save at the end of the game where we got caught … that was like dig down, save the game.”

The Terps started the match by blocking two of Indiana’s first three shots in the first ten minutes. They continued to step up on defense after struggling to defend their goal in recent performances.

Adalee Broadbent made a huge stop in the second half, blocking a shot from inside the goal box after Maryland failed to clear a long throw.

Plays like Broadbent’s and Hogarth’s were crucial, as Maryland was able to notch a shutout for the first time since Sept. 23, when it drew Nebraska 0-0. The turnaround was especially impressive since the Terps conceded ten goals in their last two matches.

Goalkeepers Liz Brucia and Madeline Smith rose to the occasion once again, both making crucial saves and dealing with Indiana’s dangerous deliveries from corner kicks throughout the match.

“Oh my goodness, they were absolutely remarkable,” Leone said of his goalkeepers. “The way they were coming off the line, the balls that were served in the box [and] the precision of their corner kicks were very dangerous, so it was a spectacular tandem performance today from the goalkeepers.”

Smith wasn’t just pleased with the goalkeepers’ performances — she thought the team as a whole played well as Maryland snapped its four game losing streak.

“Our defense really stayed intact,” Smith said. “We’ve been changing lineups throughout the season, but we really found one that works for us. So I’m glad that we found that.”

However, the Terps’ defensive turnaround didn’t come soon enough, as they were eliminated from the Big Ten tournament contention after the conclusion of Sunday’s Big Ten matches.

Despite not qualifying for the Big Ten tournament, Leone stressed that he couldn’t be prouder of how his team has performed as they head into their final week of the season.