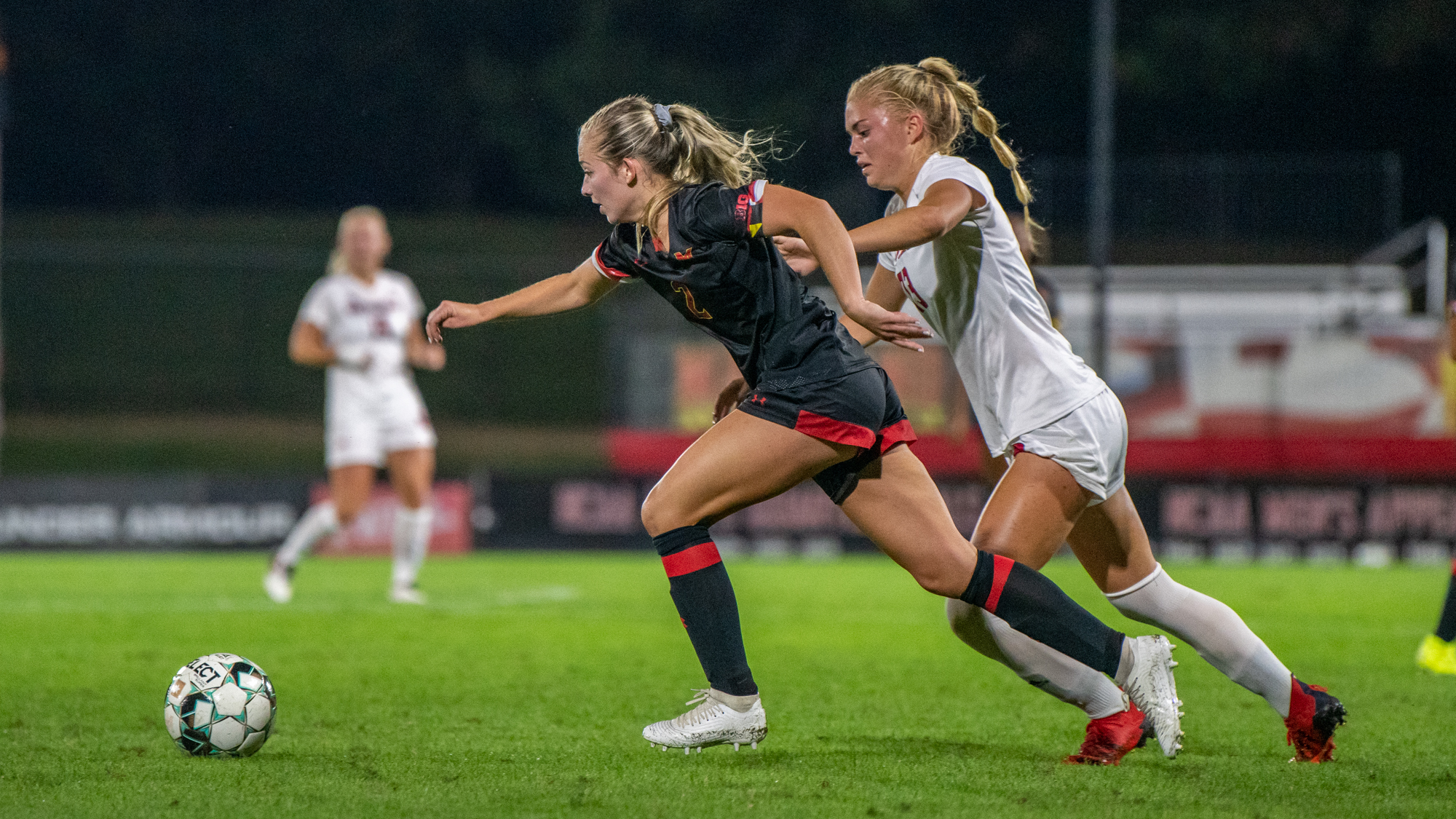 The forward powered a shot past Liz Brucia in the 9th minute to give No. 9 Rutgers an early lead.

A minute later, she darted into the box and was brought down by Anna Carazza, earning a penalty kick for the Scarlet Knights.

Becci Fluchel converted the penalty, pushing Rutgers out to a lead the Terps were never able to overcome. Maryland suffered a 5-2 loss, and their winless streak grew to ten games. The loss also extended the team’s losing streak to four games.

Despite the big loss, coach Ray Leone thought his team improved after its last match against Penn State, and he hopes they continue to do so in the latter stages of the season.

“We played a lot better, we did not play like that against Penn State,” Leone said. “When the game was kind of out of hand after the half we really just focused on Terp pride… I thought there was some good soccer we played, we just got to defend better.”

The Terps responded to the Fluchel penalty conversion three minutes later, when Mikayla Dayes played a perfect through ball into Loren Sefcik. The senior found the bottom corner, notching her third goal of the season.

Rutgers restored its two goal lead in the 17th minute, as Liz Brucia couldn’t hold on to a through ball, and Fluchel finished into an empty net.

The Scarlet Knights won their second penalty of the match in the 27th minute after Zora Jackson brought down Rutgers’ Allison Lowrey inside the box. Lowrey took the penalty herself, finding the bottom corner to make it 4-1.

Rutgers took the convincing lead into halftime, outshooting the Terps 14-3 in the opening 45 minutes.

The Terps were overwhelmed by Rutgers’ forwards in the first half, as Ali’s opening goal and a brace from Fluchel gave Rutgers a three goal lead heading into halftime.

“They just move the ball real nice and open you up from different ways,” Leone said. “Their wingers are fantastic and Amirah [Ali], how many years you’ve been in school, like eight? I told her at the end, I said ‘You need to graduate.’”

The Scarlet Knights scored their fifth goal of the match in the 55th minute. Riley Tiernan got to the endline and squared the ball to Frankie Tagliaferri, who’s first-time finish found the back of the net.

Toni Domingos found Catherine Derosa after a well-worked move by the Maryland attack in the 63rd minute, and DeRosa’s curling first-time strike found the bottom corner to make it 5-2.

Rutgers continued to pepper Maryland’s goal throughout the rest of the match. The Scarlet Knights registered 26 shots and 16 shots on target, but weren’t able to extend their lead further, and the match finished 5-2.

The loss drops the Terps to 0-5-2 in conference play, putting them on the brink of mathematical elimination from the Big Ten Tournament.

DeRosa says the team is still hungry for their first conference win.